Our elected representatives are causing chaos and mayhem with their terrible driving and must be stopped, says Ross Jones. 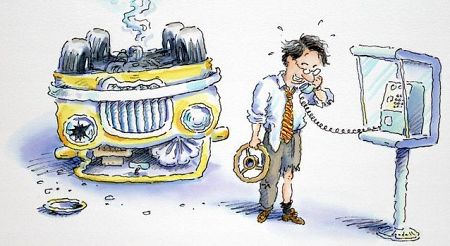 HAVING A Comcar would be cool, don’t you think?

Long white bonnet, obsequious driver who secretly thinks you’re a dick but will never say so, maybe a scotch and ice en-route. Just drop me here, James, back in a bit.

Pop around to the back of Parliament House on a sitting day and you’ll see a Lathanesque conga-line of white luxo-motors, drivers leaning on the polished fenders, cigarette butts flicked insouciantly into the cultivated native shrubbery, chewing the fat. Awaiting the privileged. It’s a living.

If you’re one of the green-eyed masses, you might just clench and think ‘bludging pollies’.


First, opportunity cost — that is, what would these drivers and their white steeds be doing if they weren’t ferrying pollies? Watching TV. Not the car ‒ it’d be sitting idle in the sun ‒ but its driver would have his feet up on the pouffe, watching Kerri-Anne Kennelly. So, when you hear of a pollie clocking up the Comcar bill, relax. An accounting sleight; the marginal cost is the fuel. Well, okay — plus overtime on a big night.

Second, danger; never, ever, get near a car leased by Sophie Mirabella.  Ms Mirabella, or a person she thought of highly enough to allow them to drive her company car (i.e., yours), managed to stack the thing seven times between August 2007 and January 2011 — that’s pretty much a prang every four months.

[Read the full list of damage to MPs and Senator's cars.]

Is that just careless, or what? No mention of any poor bastard who happened to be in the way.

And you wouldn’t have wanted to be anywhere near Barnaby Joyce on 21 December 2010, when his long-suffering motor took $74,000 worth of damage. Take another look at Barnaby and realise you are looking at a man who lived through this.

Tasmanian LNP funster Michael Ferguson, before he fell on his Gunns-supplied sapling, racked up a painful $37, 824 in a June 2008 altercation; Tony Burke managed six minor dings under $4,000; while  a special mention goes to the former LNP member for Dawson, the totes Christian James Bidgood, whom god deserted on 15 February 2008 and upon whom the deity wreaked his vengeance, with a $44,180 repair bill.

And JG? Seems she or Tim (K07 did not become an approved driver of JG’s motor until September 07!) had a few problems with bollards and poles (and who doesn’t?), for a sum total of $2,500. 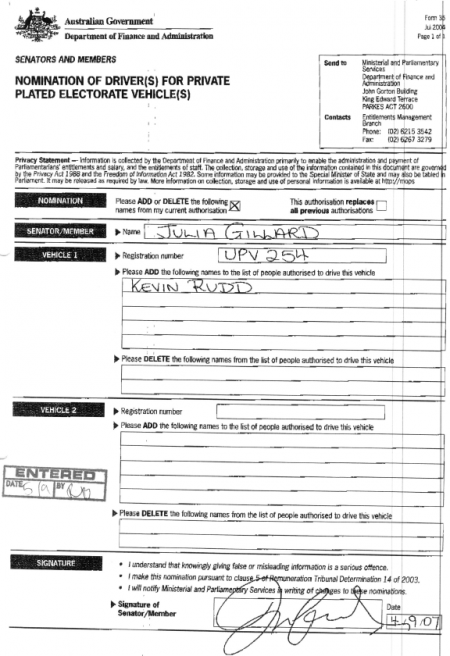 While the banded Joe had two errors of judgement totalling some five grand, the glaring absentee is Tone himself, who either outdrives his associates or prefers to limit his play to Comcars. Nil damage recorded. (Mind you, he did have a nasty accident last year, outside of the reporting period.) 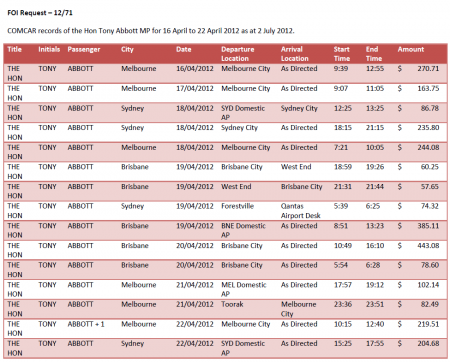 Our elected representatives continue to carry the parliamentary demolition derby into the streets. These people are dangerous. They must be stopped. Let them all have Comcars.