DEPOSED AT the 11th hour on 3 February 1983 by a Labor candidate with fire in his belly by the name of Bob Hawke, a despondent Bill Hayden observed philosophically that a drover’s dog could have led Labor to victory in the 1983 election against a troubled Fraser Government. Hawke won that election in a landslide that might have been Hayden’s landslide, or not. Labor did not want to take that risk and installed Hawke.

In 2019, the Liberal Government that had deposed both Tony Abbott and Malcolm Turnbull since the 2013 election, ended up installing as leader a little-known religious zealot named Scott Morrison. The 2019 election was a classic unlosable election for Labor.

A drover’s dog might have seized victory if it didn’t bark too loudly. But the Labor Party, led by Bill Shorten, went to the electorate with detailed progressive policies that made itself a big target and lost the election.

To make matters worse, it lost to a Liberal Party Leader whose most memorable promises were to “burn for Australia”, whatever that means, and to save from Labor’s electric vehicle policy the weekends of Australian blokes who simply want to tow their boats and trailers. 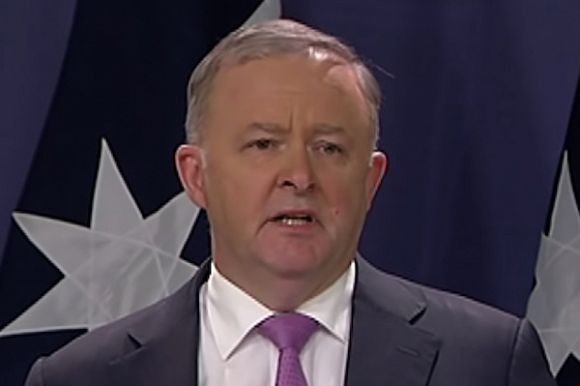 Morrison’s leadership as PM has since been confounded by multiple occasions of incompetence: devastating bushfires in 2019 caught him carelessly AWOL, continuing failure during the 2020 COVID-19 pandemic to provide adequate quarantine facilities and a flawed vaccine rollout in 2021 that will likely expose Australia to an increasingly virulent virus.

Within his own Party, the failure to come up with an energy policy that provides certainty to business continues to fester as it’s done since 2010, with climate change deniers now having gained a firm stranglehold on policy levers.

To compound matters, the issues of rape and sexual harassment within Government ranks has led to a ministerial reshuffle to shift attention from an Attorney General and a Defence Minister under siege. Former Liberal staffer Brittany Higgins has become a nationally recognised figure following her credible allegations that she was raped by a senior colleague in the Defence Minister’s office during the 2019 election campaign.

With a national election due in 2022, the country finds itself being led by a now recognisable Scott Morrison, assisted by a mostly compliant media that publish uncritically his often hollow announcements, together with heroic pictorial supplements provided by the’s PM personal marketing unit.

Media compliance and a sense of self-entitlement have enabled ministers to survive. This is despite them being implicated in a $200 million sports rort scandal, a $30 million payment for land valued at $3 million, and a massive Robodebt scandal that may have caused the suicides of approximately 2,000 welfare recipients and has resulted in the Government being forced to settle a class action at a cost to taxpayers of $1.2 billion.

As the mainstream media continues to give free passes to the Government, the PM’s approval rating remains strong despite the obvious incompetence and corruption of multiple ministers. With just a one-seat majority, his ministers know they can get away with anything if they are Lower House members.

Morrison cannot afford to risk by-elections caused by departures in the House and his ranks of acceptable leadership alternatives are thin. 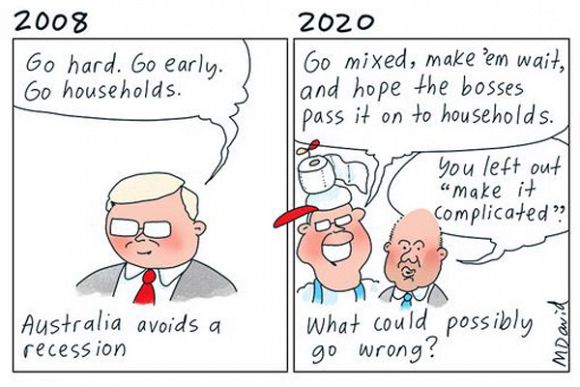 Building the national heritage: Difference between Labor and the Coalition

In stark contrast to the last international financial crisis, Australia is now going into deep deficit and debt with very little to show for it.

On the face of it, Labor’s mythical drover’s dog should be a certainty to win the 2022 election, not to speak of the Labor leader Anthony Albanese. But "Albo" is neither Bill Hayden nor Bob Hawke and it’s safe to say many Australians wouldn't know who he is or where he stands on many critical issues facing the nation.

In addition to lacking recognition, he does not appear to have retained the mojo he exercised when he was Opposition Leader of the House. The washup is that although Albo appears to be a very decent person, he does not compel media attention and he does not get it.

Scott Morrison could call an election any time between now and May next year. He may call an early election, as he recognises the unwarranted credit he's been given for the pandemic successes of his state counterparts.

And he is talking up anti-China rhetoric, which could work well in an electorate susceptible to demonising non-white racial groups as it did in 2019 with the so-called "African gangs" preventing fearful Melbournians from leaving their homes to go out to dinner. Demonising China is a more risky proposition, because it’s a well-armed Goliath against our undermanned David.

But it provides an election opportunity to roll out khaki uniforms, fly flags and call for patriotism, all proven election winners that also wedge Labor.

With the prospect of another federal election loss facing it, Labor could sit it out and watch it happen or it could take effective action. Albanese might have to agree to stand aside in the interests of the Party and the nation because the rules since former Prime Minister Kevin Rudd’s demise now make it harder to replace a Labor leader.

Shadow ministers such as Tony Burke and Mark Butler are credible replacements. They understand the critical policy dimensions and speak the language of the person in the street. The downside is they lack popular recognition and don’t have much time to build it. Tanya Plibersek brings policy credentials to the table and leader gravitas, but has shown a reluctance to take on the role.

The single person in the Labor leadership group who stands out as having national recognition, is a consummate communicator, and who has fire in her belly, is former NSW Premier Kristina Keneally. She is a pugilist in the order of Tony Abbott, but unlike him, she brings a degree of charm and is not hyper-adversarial for its own sake. Her credentials include a strong commitment to the national interest, rather than just striking blows to earn quick wins at any cost.

It’s regrettable to suggest that Labor needs someone a bit like Tony Abbott, but one of the few things that can be said in Abbott’s favour is that he was good in opposition. He was so good at it that he governed as PM like an opposition leader, and for that, among other reasons, most Australians were glad to see his back.

Another possibility that should not be discounted is Malcolm Turnbull, a somewhat radical Labor candidate but one who is a seasoned campaigner who could defeat Morrison and would enjoy doing so. During the 2020 U.S. election that saw Joe Biden defeat Donald Trump, the Democrats adopted a line during the primaries of ‘Vote Blue No Matter Who’.

At that time it was not known who would win the primaries and there was a concern that ideological purity might mean substantial numbers of Democrat voters would not vote for a candidate that did not tick their every ideological box, in which case Trump would win. It’s likely that many of the Americans who eventually voted for Biden were more interested in getting rid of Trump than supporting Biden.

We don’t have a presidential system in Australia so the comparison isn't perfect, but Murdoch and the compliant mainstream media give the Coalition such a strong advantage that it’s time for Labor to think in terms of a winning candidate who may be burdened with ideological impurity and related flaws.

Turnbull could be such a candidate, as he is showing in the Upper Hunter election by opposing the Nationals candidate in favour of a more enlightened independent.

He would need to be persuaded to switch sides.

Neither Kenneally nor Turnbull would come without problems. Constitutional convention requires the prime minister to be a member of the Lower House and Keneally is a senator. That did not stop the Coalition in 1968 when John Gorton was elected leader of the Liberal Party as a senator and became Prime Minister in the 1968 election after Harold Holt’s death. The Liberals soon after found Gorton a safe House of Representatives seat as sitting Prime Minister. The Labor leadership could do the same with Keneally if they really want to win the 2022 election.

On Turnbull, there are precedents for senior politicians switching sides to win an election. Billy Hughes did it in 1917 and Joseph Lyons did it in 1931, both after falling out with their party on policy.

Turnbull has been more consistently strong on Labor climate policy than many Labor members and he brings significant powers of persuasion to the table even if his political instincts are problematic, as  shown by his promotion of Peter Dutton and Morrison when he was PM.

It was obvious they were untrustworthy, yet he gave them sufficient power and clout in the Party so they could act against him. On the principle of ‘Vote Blue No Matter Who’, Labor needs to have Turnbull as a potential vote winner and use the stock of negotiating credentials in the Party to talk to him about a timely switch supported by a compelling narrative around energy policy and government incompetence.

Paul Begley has worked for many years in public affairs roles, until recently as General Manager of Government and Media Relations with the Australian HR Institute.