KERRYN PHELPS: Dave Sharma turns his back on blue

Dave Sharma, the current Federal Member for Wentworth, got himself into a “blue” last week about his newsletter to constituents.

It wasn’t so much the content, although there was some comment about the relevance of mentioning his high school TER score yet again.

The source of the controversy was his choice of colour scheme for his correspondence and corflutes starting to appear around the electorate.

Ask anyone involved in branding and marketing and they will tell you the meticulous attention that is paid to colour as a symbol of the product being marketed. In the case of politics, the product being marketed is the candidate and their policies. And in the case of a party, it is the candidate capitalising on the endorsement of the party “brand”.

Australians are particularly tribal when it comes to the colours of their sporting teams. We look for the green and gold in our Australian Olympic athletes or our Wallabies or Hockeyroos. On weekends, Aussies traipse to their local football ground to cheer on their team, dressed in their team colours. They recognise other fans by their hats and scarves and football jerseys and they cluster in team supporter groups in the stands. 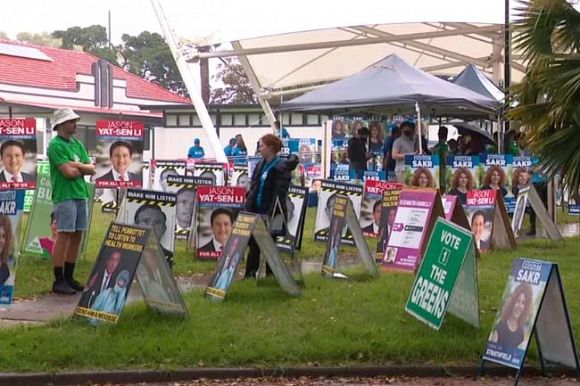 Anyone with even a passing interest in Australian politics knows that the Liberal colour is blue, Labor is red and Greens are, well, green.

Back in 2013, Julia Gillard quipped about the Liberal Party’s devotion to colour when she said about Tony Abbott:

On polling days, polling places are bedecked with party and candidate colours. If you have done your job in the campaign, there is instant recognition of the volunteers and campaign materials by their colours.

In 2016, MP Cathy McGowan splashed her Indi electorate with orange when she won the seat as an Independent. MP Dr Helen Haines carried on that tradition.

My campaign team in the Wentworth by-election in 2018 and the Federal Election in 2019 were distinguished by our choice of purple (not blue and not red).

MP Zali Steggall chose teal (not blue and not green). Being a coastal electorate, it also evokes images of the ocean.

Allegra Spender has distinguished herself as the candidate most likely to regain Wentworth as an Independent. Her years of working in the fashion business will have informed her in no uncertain terms about the significance of colour.

Allegra Spender has also chosen teal as her campaign colour. 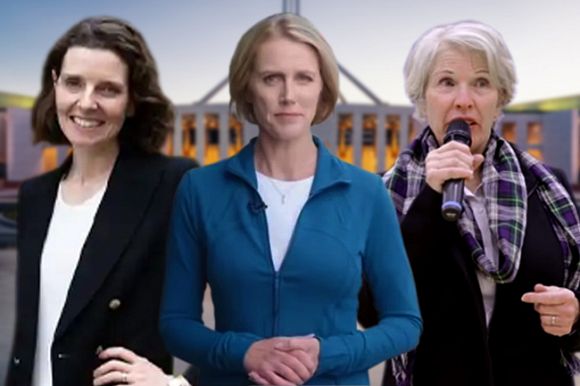 And that is what made it so curious when Dave Sharma’s newsletter was distributed bearing an unmistakable teal hue. Not only that, but the newsletter failed to make a mention of the Liberal Party at all.

Going back to the 2019 Election, a number of self-described “Modern Liberals” tried to distinguish themselves from “Those Other Liberals”. Sharma was one of them, along with MP Tim Wilson. Yet their voting records on crucial issues like climate action and the establishment of a federal Integrity commission has shown them to be just like “Those Other Liberals”.

When this teal newsletter from Dave Sharma, with no mention of the Liberal Party, turned up in Wentworth letterboxes last week, it was reminiscent of that 2019 attempt to create a distance, or at least a distinction from the Party.

Social media was soon alight with commentary about it.

When asked by The Guardian, Sharma was quoted as saying ‘his campaign material had always been “on the blue spectrum” and denied he was attempting to distance himself from his own party’.

On the blue spectrum?

Well, being the science trained professional that I am, I checked out a chromaticity diagram. There is unmistakably blue and definite green. Then between those, there is bluish-green and greenish-blue. The colour we call teal is somewhere in between blue and green, but it is not Liberal blue. You can’t have a bet each way on that. 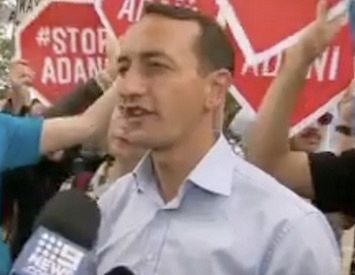 Wentworth: The Australian Spring of democracy

Wentworth was not just a resounding loss for the Coalition but also the clearest message yet that the people have had enough of party politics.

You can understand why someone might not want to be too closely associated with this current Liberal Party that has blundered the bushfire response, floundered on the management of the COVID-19 pandemic and failed the flood-affected communities in the immediate aftermath of widespread devastation.

You can understand not wanting to associate yourself with the inhumane treatment of refugees and people seeking asylum.

Any politician or political candidate putting out political material in the colours of an opposing campaign just looks like an attempt to trick the electorate into thinking they are something they are not.

“Voters in Wentworth see through these sorts of political tricks. They want real action on climate change, political integrity and a future-focused economy. The Liberals offer Tony Abbot 2030 climate targets and broken promises around a federal ICAC. Voters want action, not marketing.”

In political circles “showing your colours” means to reveal what you truly believe and act in accordance with your values. If you are Labor, own it. If you are Independent, own it. And if you are a Liberal, own it.

Call me old-fashioned, but if a candidate who is previously unknown to an electorate relies entirely on party endorsement, funding and volunteer support then the least they can do is acknowledge their affiliation by wearing the brand. If you are reluctant to wear the brand, if you are embarrassed by the policies or the performance of your party, have the courage to stand on your own merits, show your true colours, stand as an Independent and see how you go.

There are several theories about why Dave Sharma, Liberal member for Wentworth, changed the Liberal Party blue on his campaign materials to teal. Here's another. #BobRoss #wentworthvotes #auspol #VoicesOf #DaveSharma pic.twitter.com/UEad5ETVU0