The new Parliament hasn't even sat down yet, but already senior Coalition frontbenchers Brandis and Joyce have been caught with their hands in the till. Senior correspondent Barry Everingham reports. (Images by Gee.) 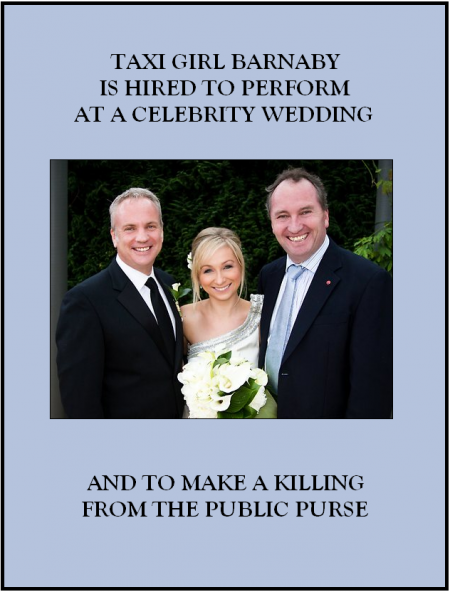 THERE'S ONLY ONE thing worse than a National Party politician being caught out with his snout in the financial trough and that's a sanctimonious Liberal who when caught out says he thought what he did was OK.

This weekend, the public get its first glimpse of what is in store from members of the new Abbott government — and we got the news from the Fairfax media; obviously it was too sensitive for the Murdoch press to handle.

Some background here, to get things in perspective. 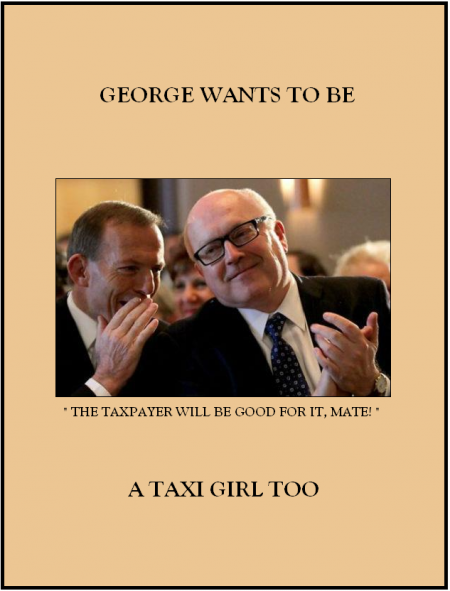 Strangely enough, he was trying to get to air false allegations surrounding Julia  Gillard's past relationship with a trade union  official and alleged misappropriation of funds.

This "scandal" was  the bread and butter of the likes of Alan Jones, Andrew Bolt and Piers Akerman — none of whom could get it off the ground, but that didn't stop them trying.

Smith went over the top and the rest, as they say, is history.

But over in the Senate ‒ that unrepresentative swill, as Paul Keating so aptly named it ‒ a senior Liberal and now Attorney General, the rotund and balding George Brandis QC (he insists his legal ID is used all the time) was as usual blackening  names under the privilege of Parliament.

As well as Gillard, Brandis had the hapless Peter Slipper and Craig Thomson in his sights. And man, did the QC go to town, especially on his fellow Queenslander, Slipper, who was under investigation for allegedly misusing  travel allowances. 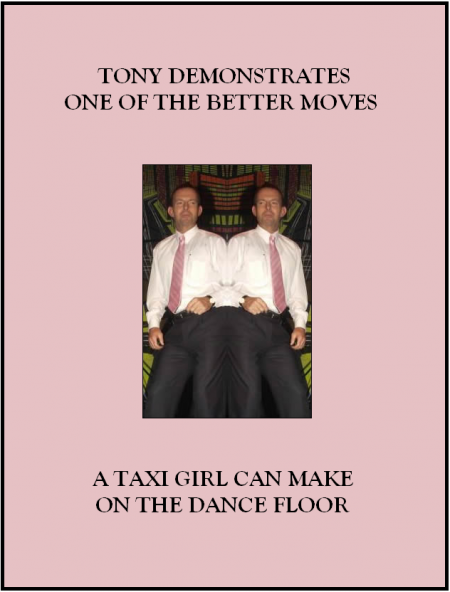 Back to the top of this yarn and Michael Smith.

Brandis was a guest at Smith's wedding and, to get there, he spent $1,700 on air fares and $143 on hire cars — oops, correction, he incurred those charges and expected the taxpayer to foot the bill.

Now read what the chief law officer of the Commonwealth of Australia had to say as he extracted  his fingers from the till.

Oh, I regarded the  wedding as a chance to foster collaboration over Smith's work on covering Ms Gillard and the Craig Thomson scandal and was ‒ wait for it ‒


"...therefore primarily a professional rather than social engagement."

Oleaginous Michael Smith went a step further, telling Fairfax there were 10 media people at the wedding and George used the occasion to mix with as many journalists as possible. 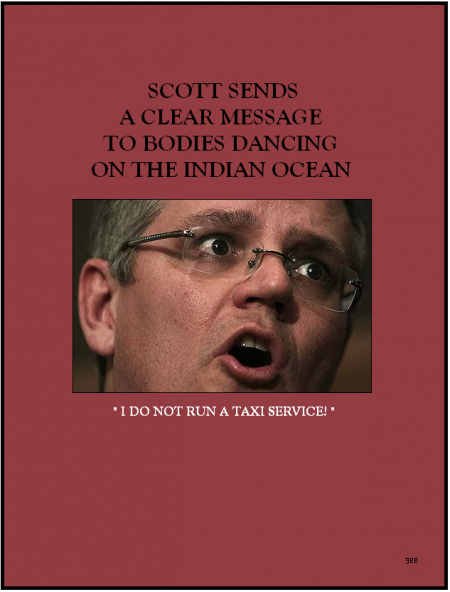 But here we go again.

The aspiring leader of the Nationals, the financially illiterate former Senator Barnaby Joyce was also networking the wedding and, of course, saw nothing wrong in having his snout in the money trough too — though in his case only to the sum of $500.

His justification? There were, he said, no doubt lots of people (at the wedding) involved in politics and it was one of those things where you are noted more by your absence than by your participation!

As a star graduate of the National Party's famous Joh Bjelke-Petersen School of Communication and Elocution, Barnaby always leaves people scratching their heads wondering what the hell he was just talking about.

And like dodgy businessman everywhere, Brandis now says the cheque is in the mail to pay his ill-gotten gains back to Treasury.

As for Barnaby? Well, he is a Nat, so don't expect much.