Developments this week should make many Australians apprehensive about their economic future. Alan Austin reports.

IT LOOKS HIGHLY LIKELY that lower middle and low income groups will take a pretty awful hit in next month’s Federal budget.

Incomes will almost certainly be driven down. And taxes will rise substantially. Probably including the regressive goods and services tax (GST).

Firstly, Joe Hockey has started softening up the populace for hefty tax rises and cuts to services and benefits, impacting the disadvantaged.

In code for “hitting the poorest of the poor”, Hockey said on Tuesday:

“Everyone is going to have to make a contribution — big business, small business, all people from all demographics across the community.”

Secondly, Treasury secretary Martin Parkinson issued warnings to the Sydney Institute on Wednesday. He revealed indirectly that he believes the recent period of effective economic management has ended. He seems resigned to the fact that the lacklustre efforts of the Howard years have returned under Abbott.

But he also offered significant signs of hope, beyond the dismal period Australians will experience in the short term.

Recent figures show that, at the end of 2013, Australia’s rate of expansion of gross domestic product (GDP) – that is, the measure of how strongly the economy is growing overall – was a healthy 2.8%.

That puts Australia in the top six wealthy developed economies; just behind Iceland, South Korea, Israel, Sweden and New Zealand — all countries with much smaller budgets and workforces to manage.

Dr Parkinson showed that, following reforms implemented by Paul Keating in the 1980s and 90s, Australia has had 22 years of continuous growth – alone in the world – and this is now projected to stretch to 33. 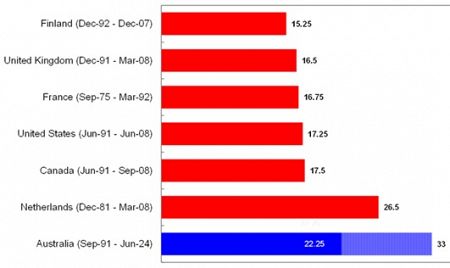 So, Australia’s economy after six years of Labor is travelling remarkably well and offers no grounds for Hockey or Abbott to accuse their predecessors of laying booby traps or other dastardly deeds.

So what are the challenges ahead? Dr Parkinson highlighted four:

So what to do? The path to wisdom, always, is to ask: What would Paul Keating do?

Faced with the worst global downturn in 60 years, Wayne Swan asked this and got the answers pretty right. Peter Costello seldom needed to ask this because he was bequeathed an economy requiring no further fixing. Or, as Keating memorably put it, “Costello was hit in the arse by a rainbow”.

It appears the Abbott Government is planning to reduce support for the disadvantaged, including the national disability service and increase both income taxes and the GST.

This week looked disturbingly like another 'inadvertent border incursion' situation.

In January, the Abbott cabinet was advised privately on Wednesday 15th that several naval vessels had violated Indonesia’s borders.

Immigration Minister Scott Morrison immediately called a press conference for that afternoon with the purpose of solemnly announcing, using Lieutenant-General Angus Campbell as spokesman, that

“... our activities and assets have never and will never violate the sovereign territory of another country.”

Morrison then called another press conference two days later to admit that, to his profound dismay and astonishment, Australian ships had, in fact,

He was, of course, terribly sorry about it and had had no idea that could possible ever happen — his sincerity proven by his assurances just two days before.

On the GST increase, Joe Hockey's office said on Thursday:

“We are not changing the GST—full stop, end of story. Our position hasn’t changed.”

“We're not changing the GST … Our promise at the last election was that there'd be no increase to the GST and that remains our position.”

Does that suggest there may soon be an inadvertent GST incursion?

So what would Keating do?

He would quite likely:

Keating would do these with consultation and persuasion and ensuring protection for the most vulnerable first and foremost.

He would explain Australia’s debt is not spiralling out of control and that expanding borrowings modestly at a time of low interest rates will have long-term benefits.

Australia still has the best economy in the world.

Australia’s prospects are extraordinarily bright, if things are well-managed.

Unfortunately for Australia, Joe Hockey is no Paul Keating. 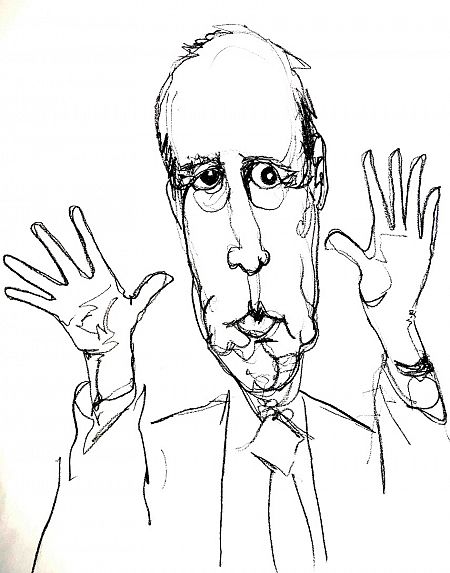