ITALIANS go to the ballot box on 25 September. National and international media, including the New York Times, have already offered analyses of the political trajectory of the country, warning of the risks that will follow an almost certain victory of the right-wing coalition.

Such a coalition includes Fratelli d’Italia (Brothers of Italy), a party whose most notable members come from a far-right, “post-fascist” past. Among these, we find Giorgia Meloni, the Party leader who is likely to become the next prime minister. The last contribution about Italy’s elections in English language media is a piece that appeared in The Guardian on 16 August.

The newspaper rightly pointed out how Ms Meloni is the carrier of the 'ethnocentric politics of “illiberal democracy”' championed in Europe by Hungary’s Viktor Orban. However, the notorious fascist tendencies of Ms Meloni (nationalism, xenophobia, homophobia, islamophobia) will pose a threat neither to the country’s institutions nor to the EU or western democracies at large. Ms Meloni has been a member of the Italian parliament for 16 years where she served as vice-president of the lower chamber in 2006-08 and as minister for youth for Silvio Berlusconi's Government in 2008-11.

In other words, she is not at the helm of a Party that is attempting to enter Parliament for the first time and revolutionise it. She is pretty much part of the ruling political elite of the country. Her election will entail darker problems other than an implausible revival of fascism in Rome. 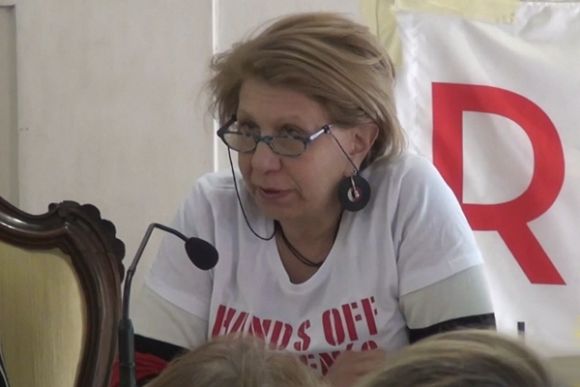 The law in Italy has made it difficult for women to have freedom of choice in the matter of abortion, some resorting to dangerous methods.

I refer to the strengthening of neoliberal policies and ideology through an aggressive Darwinian concept of society, which the Brothers of Italy Party embraces. In her four consecutive terms as an MP, Ms Meloni has supported most of the controversial austerity measures and reforms that have widened the inequality gap, impoverishing Italian working and middle classes.

For the coming elections, her coalition has presented a program that will dismantle the citizens’ income scheme (reddito di cittadinanza) introduced in 2019 to tackle poverty; reduce taxation revenue through the adoption of a flat tax; promote the use of fossil fuels and nuclear energy; block any minimum wage proposal; increase the military budget; and subsidise large corporations.

While shouting chest-thumping cheap slogans that promise to restore Italy’s national splendour, Ms Meloni and her associates will continue on the destructive path that Italians, like most other nations around the world, have been on since the triumph of Thatcher’s and Reagan’s silent neoliberal revolution.

The most dramatic side of Italy’s current campaign is in the emergence of the ideological conformism of our times. The centre-left coalition, guided by the Partito Democratico (Democratic Party), differs from Meloni’s coalition only for its attention to diversity and civil rights, at least on paper. Their agenda is also entrenched in the neoliberal creed of economic growth and private interest priorities.

Wealth redistribution, poverty reduction, equality, welfare, fiscal fairness, fair work conditions and wages are all absent in the vocabulary of the main political contenders. And the media, focused on the fascist problem, don’t pay any mind to that. The only political actor that is presenting a somewhat progressive social agenda is former prime minister Giuseppe Conte's 5 Star Movement, which, according to the polls, is not convincing more than 10 per cent of Italian voters. 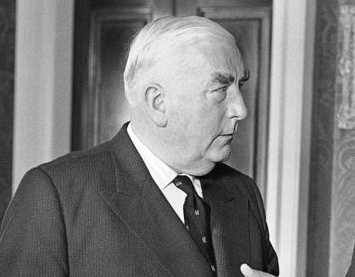 Australia has had closer ties to fascism than previously believed, writes Peter Henning.

Italy’s case, therefore, raises a series of questions that are valid for all advanced western democracies. In times of rising disparity, why do citizens accept social, economic and political inequality as granted? What drives them against welfare policies that could be beneficial for the majority of people? And, most of all, why do they reward political programs that have already failed in many countries of the world in the recent past?

To attempt an answer to these open questions, one possible way is to look at the cultural impact of neoliberalism on western societies. When we talk about neoliberalism we think of boring economic doctrines and policies without realising that, over the past four decades, the logic and ethics behind these policies have crept into our way of thinking and our ability to perceive reality.

Neoliberalism has changed culture in western societies to the extent that precarity, unsustainable income inequalities, corporate power and the disintegration of welfare are perceived as a normal inevitability and not as political and social aberrations. We are firmly convinced that competition is the driving force to progress; that social and economic status are based on merit, and that economic growth is our ultimate duty.

These are the dogmas of our age, which are defined by a culture that prioritises material calculation over ethical philosophy (think of the fierce opposition to lockdowns by neoliberal advocates). If we want to understand the crisis of liberal democracies, we need to look at this dominant culture that is rooted in market logic, worships the wealthy and transforms the citizen into a consumer. The separation of politics from economics during four decades of devolution, privatisation, and deregulation, allowed the rule of private interests and free markets over common good.

As a result, vast numbers of voters around the world, both conservatives and liberals, have internalised the beliefs that the poor are such for their demerit; that taxation is bad; that private initiative is the only one capable of generating growth and well-being, so the presence of public institutions must be as limited as possible.

Looking at Italy’s political campaign, we must conclude that the true risks for democracy today lie in the mainstream politics’ dramatically limited array of ideas and proposals and in the inattentive voter, drenched in neoliberal ethics. This is a cautionary tale for all the other countries that are struggling with an ever more disenfranchised, sceptical and angry electorate.

The dominance of cultural dogmas based on market logic made us lose touch with what is important to keep a society together.

Until we restore the primacy of common good over private interests, re-establish the rule of government over the markets, and elect solidarity over competition, we are condemned to live in a world where deviations like Scott Morrison’s authoritarian secrecy, Rupert Murdoch’s political influence, Boris Johnson’s Brexit lies or Donald Trump’s espionage violations will remain tolerable practices in our ever-eroding democracies.

Adriano Tedde is a researcher in American Studies, with a background in Political Science and Cultural Studies. He is currently working on a project on Neoliberalism and culture.

27 August 2022, 12:00pm Neoliberalism is a suffocating and prevalent political ideology that the Italians ...
Join the conversation
comments powered by Disqus
News updates