The fossil fuel industry will continue to be a threat to the global environment so long as holds its influence over governments, writes Stephen Fitzgerald.

PASSING ALIENS would look down at the depleted and damaged Earth and debate why we would develop the technologies that could power our advancing civilisation and then continue to burn fossil fuels and destroy ourselves. They would need to look no further than their own evolution to answer that question. We let greed and primitive animal instincts drive us to destruction or we don't. We evolve beyond a certain point or we don’t.

I like the moral fibre of some of the Star Trek characters. A few words to the United Federation of Planets by fictional protagonist First Officer Michael Burnham weaves into what I’m about to say and I thank the authors Bryan Fuller and Alex Kurtzman for that. They would do well at the United Nations and maybe that was their thinking as they express their views about the dark side of human nature on planet Earth.

Unlike Star Trek, what is happening on the home planet right now is not fiction. This is a harsh reality and we need to open our eyes and have a good look because we can’t transport into a starship and warp-drive to a distant world. In the rallying cry of Extinction Rebellion — “There is no planet B”.

Basically, we have two problems facing humanity and that, at a personal level, includes the impact on your own family going into the future. We have a global conflict for control of rapidly depleting oil and natural gas reserves. A conflict that directly impacts Australian trade with China and that is explained by looking at a map of South China Sea gas fields and reading my article ‘Using Australia as a pawn’.

Secondly, if we burn all that oil and gas we are fighting over, we face the prospect of global warming, extreme weather events, ice melt, rising oceans, flooded coastal cities and tens of millions of climate and war refugees in the decades ahead.

Historians will look back on a period in time called “The Oil Wars”, a time coupled with a devastating global pandemic and the threat of catastrophic climate change. That time is now. A time when a frightened child asked his father: “How do I defeat fear?” The answer: “You will survive everything that life throws at you and I am living proof of that. We create fear in our own mind so it can be controlled. I have learnt that it's healthier to live without fear and the only way to defeat fear is to tell it ‘no!’”

We are guilty of all these things and some say that in life, there are no second chances. Experience tells me that this is true. But, we can learn from the past and we can look forward into the future. We have to be torch bearers casting the light so we can choose our best path forward wisely.

We don’t want our children looking back saying: “They knew what was happening, they knew what was coming, they had the technology to save us, but not the will and they should have done more so, why didn’t they?” or “Who and what stopped our parents from doing the best they could for us?” Our grandchildren and their children will ask.

We need to answer that question now, because, in hindsight, it will be too late. 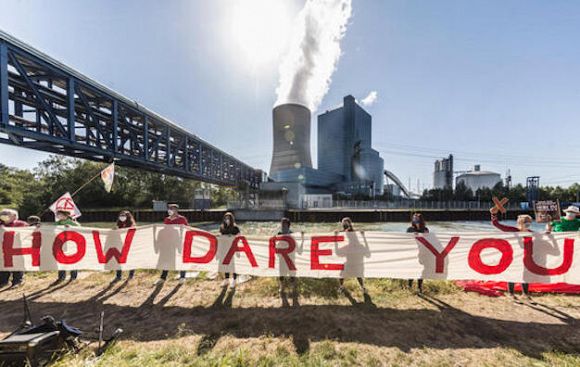 In refusing to introduce acceptable air pollution standards, Australia’s politicians are essentially saying our lives and health do not matter.

To answer the questions of today, we need to look into the past. Our democratic system was set up by industrialists to serve industrialists and, more recently, powerful corporates and multinationals. They have had plenty of time to perfect that in their favour. It is the nature of capitalism to create social division to favour those with the most money, power and influence.

That division separates society into two groups — the pure people and the self-serving ruling elite who influence the political class. To cement their position of power they control mainstream media to dominate public discourse through the likes of elitist media mogul Rupert Murdoch.

One of the richest and most powerful groups on the planet is the fossil fuel industry which has the capacity to influence politicians and then control governments in its favour. This then leads to the support and protection of an industry that has the potential to destroy the natural world and civilisation along with it. ‘Big Oil v The Planet’ is the fight of our lives. To drive the transition to renewable clean energy, there is a solution within democracy and we exercise that at the ballot box.

Back to the question: “Who and what is stopping us from doing the best we can for our children’s future and our future children?” The answer to that is simple: “That’s the people with vested interests influencing our government to favour themselves and the people brainwashing the greater population to vote for that government”. If we want action to protect the future for humanity and the natural world, that’s where we must look. And not just look but act.

In the famous words of Edmund Burke:

‘The only thing necessary for the triumph of evil is that good men do nothing.’