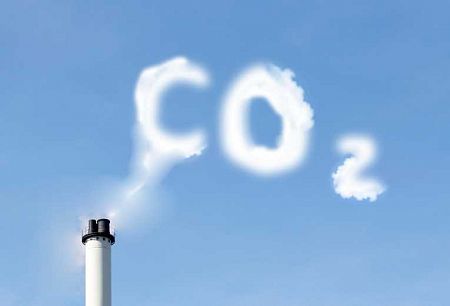 Last week's announcement that one-third of jobs in the Department of Climate Change will be cut is yet another step back in the ALP’s half-hearted dance with climate change policy.

Former Prime Minister Rudd called climate change “the greatest moral challenge of our time”, then promptly abandoned the Emissions Trading Scheme that formed a central pillar of his 2007 election.

Current Prime Minister Gillard made a categorical pre-election statement that her government would not introduce a carbon tax, then announced 14 months later, “Today we move from words to deeds”, when introducing the suite of carbon pricing bills to the House of Representatives.

Now the government is announcing massive cuts in spending and staffing in the Department of Climate Change and Energy Efficiency.

The Labor government’s record on climate change is patchy at best. If the hot air that has come out of government on the subject over the past few years could be harnessed it could power Canberra for a year: a renewable energy powerhouse.

Prime Minister Gillard was correct when she said last October that the climate change debate had been going on for years and the time for words was finished. Accusations of broken promises and Greens collusion aside, with the passage of the Clean Energy Future legislation the Gillard government finally looked like a government that had recognised the problem and led with a solution.

The carbon pricing legislation was a large step towards emissions reduction and when it takes effect in a couple of months it will bring Australia into line with Europe and other industrialised nations in tackling climate change by taxing big polluters.

Cutting spending in the Department of Climate Change is counter-intuitive and takes the government back to the muddling days of the abandoned ETS. If the issue is so important, why undermine the very department that is running the programs? Surely the positions of people whose job is to ensure an environmentally sustainable future for Australia are as important as those who build cars?

The scientific evidence of climate change is solid and its opponents are dwindling to a few reality fringe-dwellers and conservative hardliners.

The official reason given to staff in the Department for the spending cuts is that many programs are coming to their conclusion. It beggars belief that no further programs or initiatives are to be started on the “greatest moral challenge of our time”.

The implications of procrastinating on climate change are dire. In our own Pacific neighbourhood the vastly scattered archipelago nation of Kiribati is already looking for land on which to relocate its population of just under 101,000. With an average height above sea level of just 2 metres, the Kiribati people are already seeing islands reclaimed by rising sea levels.

The President of Kiribati, Anote Tong, told Harvard University’s Centre for the Environment in 2008:

“We want to move our people with as much dignity as possible. For us it is not a matter of economics, it is a matter of survival.”

According to the Insurance Council of Australia, 425,000 Australian properties which are less than 4 metres above sea level and within 3 km of shoreline are considered to be “vulnerable” this century.

Given the predictions of a 1-2 metre sea level rise by the end of the century, the government cannot afford to simply rely on its Clean Energy Future legislation. There needs to be ongoing programs to address the range of climate issues, from reducing our emissions to dealing with the consequences. These need a vibrant and well-resourced department.