While a murderer was granted a visa back into the country by the L-NP's handpicked AAT, Nauroze Anees faces an uphill legal battle. Eye-popping revelations from detained migrant Nauroze Anees (written with the assistance of investigations editor Ross Jones).

PAUL JASON MARGACH is an Englishman who served 15 years of a 17-year sentence for murdering his wife. On his release, his Class BB, Subclass 155 Five Year Resident Return visa (RR visa) was cancelled under s501(3A) of the Migration Act 1958 (Migration Act) and he was taken into immigration detention.

But on 5 March 2019, he was given his visa back by Peter Dutton’s AAT. His alleged strong Christian belief was particularly noted.

The AAT was established by the Administrative Appeals Tribunal Act 1975 and commenced operations on 1 July 1976. The AAT has jurisdiction to review a number of decisions made under Commonwealth legislation, including taxation, immigration, social security, industrial law, corporations and bankruptcy.

The AAT has now become an extension of the LNP. It’s not an independent tribunal anymore as it used to be, before the LNP Government came to power in 2013. I wrote about how Dutton has destroyed the independence of the AAT in my piece titled ‘Dutton''s Secret Drug Cartel Connection: The William Betham Case’.

Paul Jason Margach is a cold-blooded killer who murdered his wife with a kitchen knife at their Ascot Vale home on 15 October 2004. He showed no remorse at his trial and pleaded not guilty, alleging his wife had “provoked” him by taunting him that she slept with another man. He was sentenced to 17 years.

Paul Jason Margach, killed his wife was given his visa back because he was a Christian #Freenauroze #auspolhttps://t.co/aQv0JRxveH

On 18 July 2008, following an appeal and retrial, he was again convicted of murder and again sentenced to 17 years. Margach was released after 15 years and, because he was a British national who had come to Australia with his parents in 1974 when he was eight, was placed in immigration detention when he was released from prison.

Margach appealed and on 5 March 2019, the AAT gave this wife-killer his visa back.

Margach’s appeal was heard by Deputy President S.A. Forgie. For some reason, Margach was so confident he would get his visa back that he didn’t bother to invest in a counsel or a lawyer. Even more bizarrely, Peter Dutton, who usually sends in a heavy team of mercenary silks to make any case for him – be it emergency medical transfer of kids or any other case involving one of his undesirables in the AAT – in this case sent relatively low-level solicitor Jamie Grant just to complete the formality.

Margach had automatically failed the character test by virtue of being sentenced to 12 months or more in prison as set out in S501 of the Migration Act. Given the way he killed his wife, I doubt he would have passed any other country’s character test.

Yet somehow, Deputy President Forgie of AAT made a decision that this cold-blooded wife-killer should be allowed to remain in Australia.

Forgie states in her decision at paragraph 42:

Sister Mary O’Shannassy, SGS, OAM, JP is the Director of Catholic Prison Ministry, Victoria. At the time she wrote an open letter, she was the Senior Catholic Chaplain with Corrections Victoria, Department of Justice and Regulation (DOJR). Sister O’Shannassy wrote that she had first met Mr Margach in 2004 when he had been very unwell. He subsequently spent much of his time in the psychiatric ward at the Port Phillip Prison.

Margach had letters of support from Sister Mary O’Shannassy. Christianity seems to be enough to pass the LNP’s character test.

My experience with the AAT has not been so smooth. My story was published here in The Guardian.

My first AAT hearing was heard in 2016 before AAT Senior Member Dr Damien Cremean, friend of the LNP, appointed by the then Attorney-General George Brandis. In their affidavits to the Federal Court, my then lawyers wrote words to the effect that in their entire career they have never seen such a biased tribunal member.

Amongst other things, Cremean questioned my witnesses and friends about their party political affiliations then started attacking them in a derogatory way.

We appealed the 2016 AAT decision in the Federal Court, one of our grounds of appeal being that of Apprehended Bias, such was the strength of our appeal that Peter Dutton instructed his lawyers to concede the application as he didn’t want the matter to be made public so we won the case by consent. 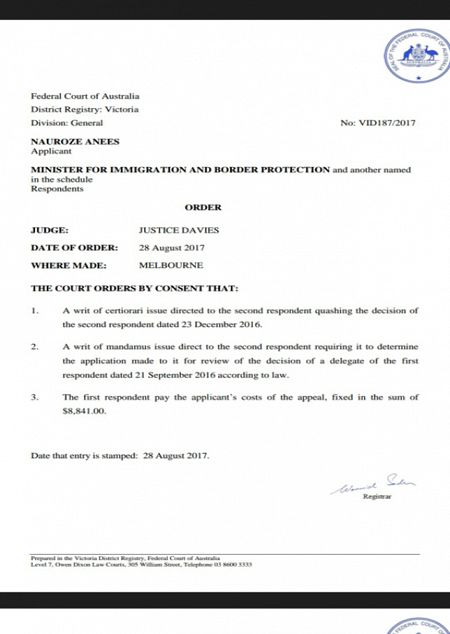 My appeal was heard by Deputy President Forgie. I was given a pseudonym – “QKVH” – by the tribunal.

This time around, I was represented by Julian Burnside QC and Timothy Farhall along with Leah Perkins, all of Dutton’s “un-Australian Lawyers”. I had the privilege of my legal team not because I had a heavy pocket, but because my legal team believed in me and that I deserved a fair go. They all represented me pro bono.

The Minister was represented by a very expensive barrister named Nick Wood together with a solicitor from Sparke Helmore.

Please note that for a period of almost four years prior to my current arbitrary detention I did not have so much as a parking ticket, yet on 5 October 2016 the ABF showed up at our apartment, which I had worked hard to make a home for me and my Australian partner and took me to immigration detention where I remain. Meanwhile, my Australian citizen partner, who has a disability and for whom I was a carer as well, was left homeless and vulnerable. She has since she has been hospitalised several times.

I did not automatically fail the character test as defined under s501 of the Migration Act, as I have never been sentenced to a term of imprisonment of 12 months or more, neither am I a paedophile, rapist, terrorist, bikie or murderer.

I had been in prison for three months back in 2011, which was imposed on me partly because I was defending my partner against a group of youths who had physically assaulted her while we were at a cinema. The full details of my story are in the above Guardian article.

Deputy Forgie rejected my appeal. In her reasoning she wrote:

Having considered both the primary and other considerations as well as the object and underlying policy of the Migration Act, I have decided to affirm the decision made by a delegate of the Minister to refuse QKVH’s application for a Partner (Temporary) (Class UK) and a Partner visa under s 501(1).

QKVH had a fine record of voluntary work before he came to Australia and he represented his school. He had a good academic record and he worked at his studies when he arrived. He continued that work when he was employed by Telstra and gave up his time to engage with donors and celebrities on its Telethon. QKVH is to be admired and respected for caring for his girlfriend. He has not walked away from her as many might walk away from a person who has so many needs.

In attending to her needs, though, he lost sight of his duties and responsibilities to the wider Australian community. He lost sight of the fact that, if we were to be her long term protector, carer and confidant and even life partner, he had first to make sure that he had his affairs in order. It was not enough to say, as he did from time to time, words to the effect that love conquers all. As much as the Australian community will look kindly upon those who care deeply for each other, it will not do so if those persons ignore their responsibilities to the other members of the community.

QKVH had responsibilities and he chose to ignore them because he wanted to care for her and they were enjoying each other’s company. He chose that course when he did not have a permanent visa and he chose it when he had the first wake-up call when he was charged with using an unregistered motor vehicle and driving while his authorisation was suspended. His offending started there and continued as I have described. It was a course of offending that showed disregard for the law even when he had the right to work but did not. His reasons for not working centre on Valentina’s needs but QKVH made a choice about ignoring his responsibilities to the wider community. There is a real risk that he would go down the same path if he were faced with hardship and the potential for harm to members of the community outweighs his interests and those of Valentina. As hard as it is for him and for Valentina to be parted by being in different countries, I have decided that the interests of the Australian community lie in QKVH’s not being permitted to be a member. They lie in his being refused a visa.

I have decided that the delegate’s decision to refuse to grant QKVH a Partner (Temporary) (Class UK) visa under s 501(1) of the Migration Act should be affirmed.

The kangaroo in that AAT logo has never made more sense. 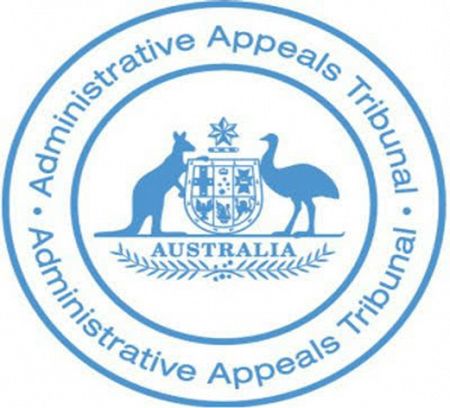 Article written by Nauroze Anees and presented by Ross Jones. Investigations editor Ross Jones is a licensed private enquiry agent the author of ''Ashbygate: The Plot to Destroy Australia''s Speaker''. You can follow Ross on Twitter @RPZJones. 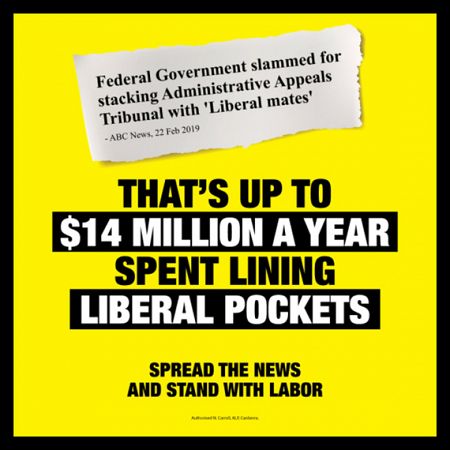 Is Peter Dutton selling the Aussies out?

16 March 2019, 11:00am While a murderer was granted a visa back into the country by the L-NP's handpicked ...
Join the conversation
comments powered by Disqus
News updates