Financial reports from the gun club at the centre of the NSW ICAC investigation have revealed discrepancies that raise questions relating to the $5.5 million government grant. Anthony Klan reports.

THE 1,000-PERSON Wagga Wagga gun club convention centre development at the heart of corruption inquiries was greenlit by the local Council – whose members include the project’s developer – before the NSW Government even awarded the $5.5 million grant to fund it.

It can also be revealed that the Australian Clay Target Association (ACTA) has reported, in different documents, substantially different figures for the “cost” of the project — including $5.5 million, $6.7 million and $7.36 million.

Investigations by The Klaxon suggest that up to $1 million of the $7.36 million “cost” of the convention centre reported in ACTA's accounts appears to be unaccounted for.

Some of the costs incurred by ACTA were for “furniture” which was bought from China through a company secretly controlled by since disgraced Wagga Wagga MP Daryl Maguire.

It is not known what ACTA paid to G8way International – or to any suppliers or other parties connected with the project – as ACTA’s financial reports simply record the payments as part of an annual combined figure titled ‘cash payments in the course of operations’.

Further, ACTA does not appear to have submitted any detailed breakdown of costings with its development application to Wagga Wagga City Council, despite the NSW Department of Planning requiring that projects worth more than $3 million provide a ‘detailed cost report prepared by a registered quantity surveyor’.

ACTA has repeatedly declined to comment when contacted by The Klaxon.

The $5.5 million NSW Government grant to ACTA has been a key focus of investigations by the NSW Independent Commission Against Corruption (ICAC), which on Monday finished 11 days of public hearings.

As part of Operation Keppel, ICAC has heard evidence that the gun club development was to cost $6.7 million, with ACTA contributing $1.2 million on top of the $5.5 million government grant.

Yet ACTA’s annual report for the 2018 calendar year, which was when the Convention Centre was completed, records the ACTA function centre as having cost $7.34 million.

The $5.5 million grant was awarded to ACTA on 28 August 2017 by then NSW Treasurer, Dominic Perrottet.

Wagga Wagga City Council documents reveal that at that time, ACTA’s project had already been approved for over a month.

ACTA had submitted a development application on 26 April 2017.

On 26 July 2017 – a month before the $5.5 million funding grant was approved – the Southern Joint Regional Planning Panel held a meeting at Wagga Wagga City Council’s offices and formally approved the project.

The development application had to go to the Regional Planning panel – whose members include two Wagga Wagga councillors – because the project was worth over $5 million and a small parcel of the gun club land was owned by the council.

It has been revealed that Maguire, who resigned from NSW Parliament in disgrace in 2018, had been pushing for the grant, on ACTA’s behalf, since at least 2012.

ACTA had submitted the development application on 26 April 2017 and it received “unanimous” approval from the Wagga Wagga Council on 26 July 2017 — a month before the $5.5 million funding grant was approved.

ICAC has heard the $5.5 million grant was made outside normal government protocols.

As revealed by The Klaxon, it was the only one of 92 grants in the Riverina-Murray region that didn’t go to a government entity.

The advancement of the project approvals ahead of the grant even being issued raises yet more questions about the $5.5 million grant and the circumstances in which it was awarded. 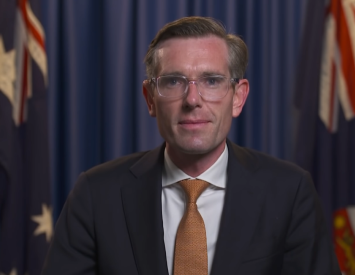 That is $1.2 million below the $6.7 million figure that ACTA has provided publicly for the total cost.

A Wagga Wagga City Council spokesman said the difference could be attributable to the cost of “fittings and furnishings” and “project management costs”, which were not required to be included in the “project value” figure reported to the Council.

Yet investigations suggest that after including costs for fittings and furnishings, and project management costs, the total cost of the project would likely still fall significantly below $6.7 million.

ACTA's audited financial accounts suggest that gap is even larger.

The gun club’s audited financial statements for the 2018 calendar year (the year the project was completed) state the “cost” of the function centre was $7.36 million.

That’s $1.86 million more than the $5.5 million “project value” recorded on the development approval for the project.

Adding to the lack of clarity about how much the project actually cost, Wagga Wagga City Council has been unable to produce any breakdown of the costs of the development.

That’s despite the NSW Department of Planning stating that a ‘detailed cost report prepared by a registered quantity surveyor verifying the cost of the development should be submitted with the DA’ for projects over $3 million.

When asked about this apparently missing cost report, Wagga Wagga spokesman Stephen Shaw said the Council considered the $5.5 million “was an appropriate estimate” of “costs at the time of lodgement”. 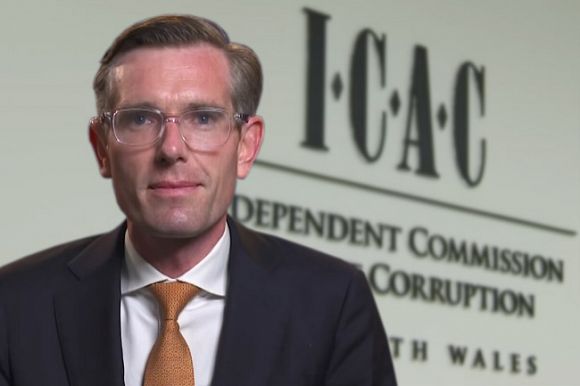 “The actual cost to complete a development often varies from the figure used for assessment due to a range of factors including, but not limited to, allowable exclusions and the time between initial preparation of documentation, assessment, approval, project commencement date and project completion date.”

ICAC has heard that G8way International had been entitled to a commission on the purchase — shared with a Chinese businessman, Mr Gordon Tse.

McGuire’s business partner in G8way International, former Wagga Wagga RSL director Phillip Elliott, has told ICAC that their company received a commission on the furniture deal, but that was “relatively small” however, due to an “unexpected cost” involving a shipping container, ICAC has heard.

Last year, it emerged that Maguire and Berejiklian had been in a secret relationship from at least 2015 to August 2020.

Berejiklian announced her voluntary resignation as NSW Premier and from parliament entirely, after ICAC last month said it had broadened earlier investigations into Maguire to also include her. She has denied any wrongdoing.

The convention centre development contract was awarded to Pascoe Constructions, which is owned and operated by Kerry Pascoe. Pascoe has been on the Wagga Wagga Council since 2004, including six years as Mayor.

Council records show that Pascoe’s interest was declared at the planning panel meeting on 27 July 2017, where the project was approved.

The panel of five, which included two Wagga Wagga councillors, Rod Kendall and Dan Hayes, were “unanimous” in approving the project.

Pascoe has repeatedly declined to comment when contacted by The Klaxon.

The records of the meeting suggest that Pascoe’s building company had been “approved” to undertake the development – either by ACTA or the NSW Government – before it had made a tender. 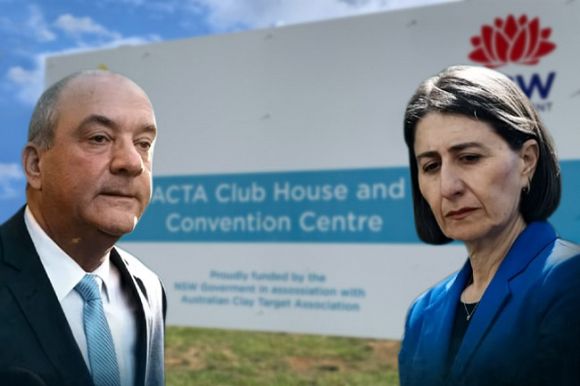 Records of the meeting state:

‘Cr Kerry Pascoe’s building company has been approved through an EOI and have subsequently been asked to tender on the project.’

Property developers are generally required to pay levies, or “contributions”, to the local council when undertaking projects, with that money used to fund public infrastructure such as footpaths and roads.

For larger projects, this developer contribution is usually 1% of the development cost.

The development cost ACTA reported to the Wagga Wagga City Council for its convention centre was ‘$5,500,000’, or $5.5 million.

‘The application is for a function centre, associated car parking and landscaping and a new access driveway to Copeland Street.

The development has a value of $5.5 million.’

Combined with other charges, including for sewage, the total fees paid by ACTA were $159,178.

A letter from the gun club to the Council states that ACTA paid the $159,178 on 11 August 2017, which was two weeks before it obtained the $5.5 million government grant. 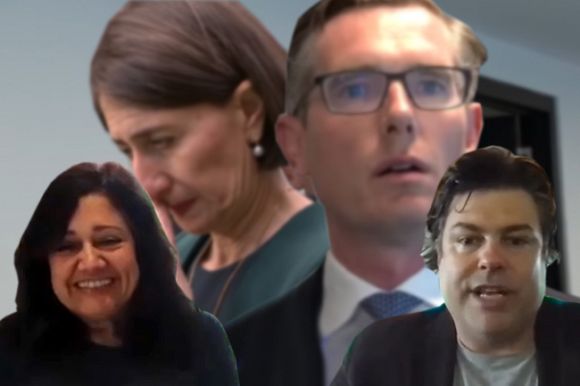 The background behind our ongoing investigation into the NSW ICAC hearings, now involving two premiers, a deputy premier, a host of public officials and counting.

‘The Council’s support of a refund of the fees as a contribution to the development would be greatly appreciated and received by the ACTA.’

That was rejected by the Council, which stated in a document:

Their request did not entirely align with the Council’s policy, particularly in relation to the site not being Council owned and that the public was going to be charged fees for use of the facility.

It was outlined that the Officer’s recommendation to Council would not support ACTA’s request, however, ACTA has indicated that they wished to proceed to Council in any case, hence this report is now presented.

Maguire had been the NSW MP for Wagga Wagga for 19 years until he was forced to resign in disgrace after an earlier ICAC investigation, Operation Dasha.

The investigation, into the then Canterbury Council, heard Maguire had been involved in a string of secret business deals behind the scenes while MP.

In one case, Maguire was found to have secretly sought payments from major Chinese developer Country Garden in exchange for brokering property sales.

Maguire and Elliott had run the cash-for-visas scam through G8way International.

Elliott told ICAC last year that he had been the sole director and shareholder of G8way International to conceal Maguire’s control of the company. 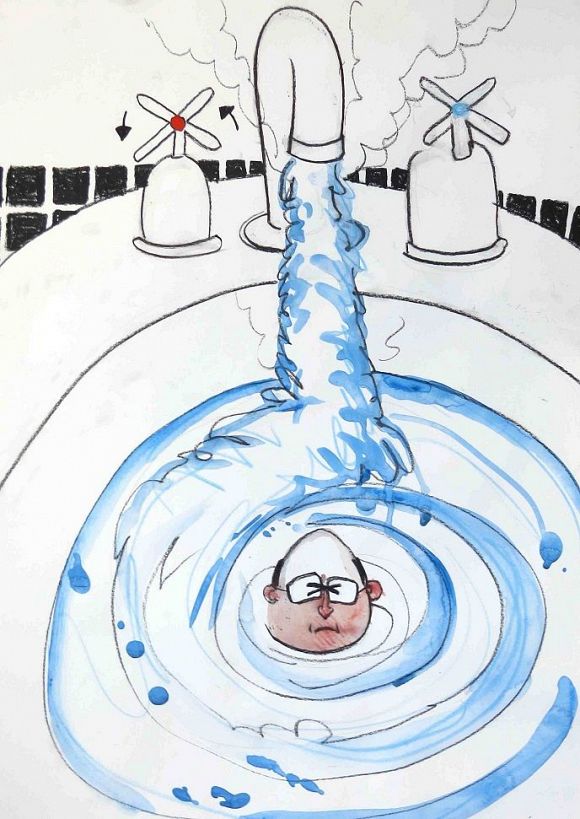 Former NSW Premier Gladys Berejiklian has had her time in the ICAC chair, denying and forgetting as much as possible in an effort to avoid the truth.

In reference to Maguire, the company's website had said:

Elliott told ICAC that one of the projects G8way International had been involved in was purchasing “furniture” for ACTA.

Elliott told ICAC he had travelled to China with some ACTA officials to buy furniture.

He said G8way International had been entitled to a commission on the purchase, shared with a Chinese businessman — Mr Gordon Tse.

Elliott said the commission his and Maguire’s company, G8way International, received had been “relatively small” however, due to an “unexpected cost” involving a shipping container.

He said “the purchase required an additional container” which G8way had been required to purchase “not leased or rented”, which had eaten into the commission to be received.

According to construction experts, the “project management” fee for a development of $5.5 million would be about 4-5% of its cost.

Combining the estimates for the project management fee, furniture costs and the recorded $159,178 in development fees and levies takes the $5.5 million “development cost” to about $6.34 million.

And it’s $1.02 million below the $7.36 million cost of the project recorded in ACTA’s audited financial statements.

Along with the $5.5 million “project value” listed on council documents is the “capital investment value” of the project.

The “capital investment value” is also listed as exactly $5.5 million.

That’s despite the two figures being calculated slightly differently, according to the law.

For example, the capital investment value, which is stated as $5.5 million, includes project development costs.