In a stunning exclusive, Craig Thomson speaks to @GenGusface on a range of matters, including the HSU, his achievements in the NSW seat of Dobell and on whether he'll run again in the Federal election called today by PM Julia Gillard for September 14. 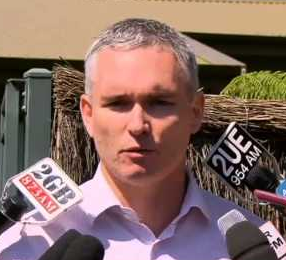 The 20 minute podcast touches on many subjects, including the Opposition's "tainted vote" attack on Thomson, and why this was an attempt to effectively remove Dobell from the democratic process.

Other topics raised include the trial by media that endured throughout 2012 and its effect on Thomson personally, as well as the motivation within some elements of mainstream media to push the story.

Thomson's time at the HSU is touched upon, and how it's been portrayed in a "lazy" mainstream media, especially on how anyone working at the HSU was grouped together without looking at the issues being played out by different factions.

He is also asked whether he would have done things differently if he had his time over again at the HSU.

Finally, Thomson discusses the possibility of legal redress and gives a positive message to Australian – and Dobell – voters.

LISTEN TO THE PODCAST HERE: