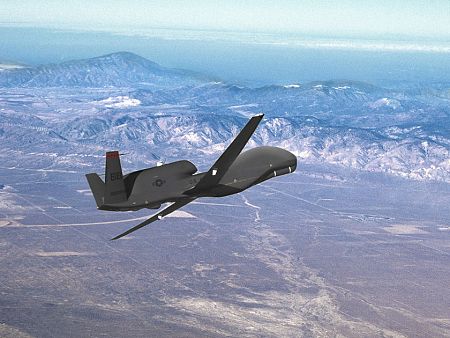 In a story published in The Guardian yesterday, George Monbiot said that the Americans must feel like Gods with their drones, being able to visit “divine judgement” on their enemies and vaporise them from on high. Predictably, these god-like powers are being abused, at great cost to innocent civilians.

Barack Obama began last week's state of the union address by claiming that the troops who had fought the Iraq war had "made the United States safer and more respected around the world". Like Bush, like the gods, he has begun to create the world he wants to inhabit.

These power-damaged people have been granted the chance to fulfil one of humankind's abiding fantasies: to vaporise their enemies, as if with a curse or a prayer, effortlessly and from a safe distance. That these powers are already being abused is suggested by the mendacity of those who are deploying them. The CIA, which is running the undeclared and unacknowledged drone war in Pakistan, insists that there have been no recent civilian casualties. So does Obama's chief counter-terrorism adviser, John Brennan. It is a blatant whitewash.

As a report last year by the Bureau of Investigative Journalism showed, of some 2,300 people killed by US drone strikes in Pakistan from 2004 until August 2011, between 392 and 781 appear to have been civilians; 175 were children. In the period about which the CIA and Brennan made their claims, at least 45 civilians have been killed. As soon as an agency claims "we never make mistakes", you know that it has lost its moorings, as Aleksandr Solzhenitsyn suggested in his story of that title. Feeling no obligation to apologise or explain, count bodies or answer for its crimes, it becomes a danger to humanity.

(Read the rest of this story by clicking here.)

The Law in Action journal writes that the drone has become like the helicopter was to the US in Vietnam, "...a crucial weapon in the American armoury and a symbol of technological might pitted against stubborn resistance." However, using its offensive capabilities in civilian populations is an ethical and legal minefield:

Pilotless aircraft such as the Predator and the Reaper, armed with Hellfire missiles, can hit targets without placing a pilot in harm’s way. They have proved particularly useful for assassinations. On February 17th, for example, Sheikh Mansoor, an al-Qaeda leader in the Pakistani district of North Waziristan, was killed by a drone-borne Hellfire. In consequence of this and actions like it, America wants to increase drone operations.

Assassinating “high value targets”, such as Mr Mansoor, often involves a moral quandary. A certain amount of collateral damage has always been accepted in the rough-and-tumble of the battlefield, but direct attacks on civilian sites, even if they have been commandeered for military use, causes queasiness in thoughtful soldiers. If they have not been so commandeered, attacks on such sites may constitute war crimes. And drone attacks often kill civilians. On June 23rd 2009, for example, an attack on a funeral in South Waziristan killed 80 non-combatants.

Such errors are not only tragic, but also counterproductive. Sympathetic local politicians will be embarrassed and previously neutral non-combatants may take the enemy’s side. Moreover, the operators of drones, often on the other side of the world, are far removed from the sight, sound and smell of the battlefield. They may make decisions to attack that a commander on the ground might not, treating warfare as a video game.

(Read the rest of this story by clicking here.)