Australia is having a ‘Don’t Look Up’ election campaign in which the major parties, abetted by large swathes of the media, are avoiding serious engagement with the reality of the climate emergency.

In this dismal way, Australian political life is mirroring the summer Netflix release, Don’t Look Up. The premise of the film is that a comet is on a collision course with the Earth, but scientists cannot persuade mainstream politicians and media to take the existential threat seriously. The film is intended as a scathing allegory for climate change and brilliantly delivers.

In one scene, the character of astronomer Kate Dibiasky, played by Jennifer Lawrence, asks in frustration and incredulity:

“I'm sorry. Are we not being clear? We're trying to tell you that the entire planet is about to be destroyed.”

The bitter truth of this line was felt by climate scientists the world over, who have been uttering increasingly frantic warnings for decades and are now literally telling world leaders:

“The scientific evidence is unequivocal: climate change is a threat to human wellbeing and the health of the planet. Any further delay in concerted global action will miss a brief and rapidly closing window to secure a liveable future.” 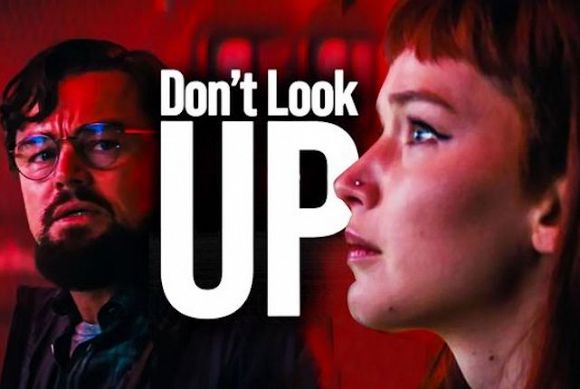 IA columnist Andrew P Street takes a look at the funny, sad, terrifying parable for our times that is 'Don't Look Up'.

Despite the taxpayers’ millions spent on government advertising, it is a matter of clear public record that Australia’s Federal Liberal-National Coalition Government has no credible plan, mechanism or target for reducing the nation’s emissions to net-zero at the necessary speed and scale.

The Australian Labor Party, while having a demonstrably superior policy to the Coalition, still falls wildly short of the emissions reduction trajectory consistent with what is necessary.

So, let’s just let that sink in: as the below excellent Climate Council graphic shows, while one is better than the other, neither of Australia’s two major parties has a policy position to reduce domestic emissions consistent with what is needed (to use the scientist’s phrase) to secure a liveable future.

The failure to come to grips with reality is, if anything, even more acute when it comes to export emissions. The number one driver of the climate emergency is the burning of coal, oil and gas. The International Energy Agency has said there should be no new fossil fuel developments – none – if we are to meet the globally agreed Paris climate goals.

Australia is one of the world’s biggest fossil fuel exporters — currently number two in coal and number one in gas. This has to end and it is very fortunate indeed that we have the ability and resources to create a vast and superior replacement renewable energy industry.

On export emissions, the default policy-setting of both major parties is to shirk the truth and spit in the face of the children who are marching in our streets and litigating in our courts, trying desperately to secure a safe future. The Coalition Government believes that fossil fuel exports should continue to expand.

In November 2021, Prime Minister Scott Morrison told the Business Council of Australia that when Woodside announced final investment for the mega-polluting Scarborough-Pluto project, he “did a bit of a jig”. Labor’s Shadow Resources Minister, Madeleine King, bizarrely claims that new coal projects can still go ahead. 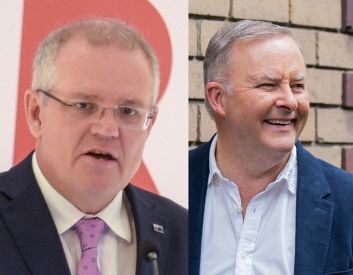 The structures of democracy must change in order for the world to overcome crises such as climate change, writes Dr Helen Camakaris.

And it is not just reducing emissions. Severe climate damage is now upon us in the form of ecological catastrophe on the Great Barrier Reef, killer mega-fires, killer floods, record droughts and other (un)natural disasters. Adaptation, to the extent that it is possible, must necessarily be a vast undertaking and should include a universal climate welfare guarantee. This conversation is simply absent from the election as the attitude of Don’t Look Up continues to hold sway.

And the truly bizarre thing is that not only is there expert consensus that climate change is the most urgent issue of our times (it isn’t “just” the scientists — even Australia’s top economists think this), there is also majority support in every federal electorate in the country for more ambitious climate action.

As the Sydney Morning Herald reported this week:

‘Polls have shown for years that the overwhelming majority of Australians want action and are willing to pay for it. In its most recent poll on the issue, the Lowy Institute found that 61 per cent of Australians agreed with the statement: “global warming is a serious and pressing problem” and the Government should begin to take steps now, “even if this involves significant costs”.’

Scarred by smoke, flame and flood and grieving for our wounded land, the Australian people are showing that we are unafraid to look up; it is our national leaders who won’t take their eyes off the dirt.

22 May 2022, 9:00am Climate polluter Woodside is building its business strategy around the absurd ...
Join the conversation
comments powered by Disqus
News updates