Did the Carbon Tax cause the Melbourne earthquake?

Prepare to be amused. Question Time yesterday in the Senate, Richard Di Natale from The Greens asks Labor Minister Penny Wong about the link between the Melbourne earthquake and the Carbon Tax.

Senator DI NATALE (Victoria) (14:20):  My question is for the Minister representing the Minister for Climate Change and Energy Efficiency, Senator Wong. Senator, with the Labor-Green alliance's carbon tax now responsible for the death of Fairfax, can the government produce modelling to prove that the carbon tax did not cause or contribute to Victoria's earthquake on Tuesday evening? Furthermore, what do you have to say to those people who suffered distress and damage in the Victorian earthquake, and will you guarantee there will be no further earthquakes in Victoria following the carbon tax?

The PRESIDENT:  Order! The question is to the Minister for Climate Change and Energy Efficiency. The minister representing that minister can only answer the question insomuch as the question applies to the portfolio.

Senator WONG (South Australia-Minister for Finance and Deregulation) (14:21):  Thank you to the senator for the question. On a serious note first, obviously any natural disaster is something to be concerned about. I am sure that all of us are pleased that there was not more significant damage or any concerns as a result of the earthquake.

I have to say, if I closed my eyes when the question was being asked by Senator Di Natale, I almost thought it could have been Senator Bernardi. Apologies for that, Senator Di Natale. I can confirm that the carbon price was not responsible for the 2005 Ashes loss and I can confirm that the carbon price will not have an effect on whether or not Port Power are able to beat the Cats on 1 July.

Senator DI NATALE (Victoria) (14:22):  Mr President, I ask a supplementary question. I refer the minister to a recent episode of MasterChef, on 25 May, where Julia, a legal secretary from Queensland, made a pannacotta which failed to set. Is the minister aware that every significant stage of the pannacotta production chain, from milk to sugar, will be impacted by the carbon tax, and will the government ensure the carbon tax does not cause such culinary tragedies in the future?

The PRESIDENT:  Again, the minister can only answer that question in so much as it pertains to the portfolio.

Senator WONG (South Australia-Minister for Finance and Deregulation) (14:23):  I have a confession to make, that I have never actually been able to make a pannacotta set, and I cannot blame anybody for that.

Senator Chris Evans:  Before or after-

Senator DI NATALE (Victoria) (14:23):  Mr President, I ask a further supplementary question. With the carbon tax inflicting such damage on our economy, an economy which is the strongest in the OECD, with low inflation, unemployment of five per cent and low interest rates, why is the government introducing a carbon tax with Australia on the verge of a recession?

The PRESIDENT:  There is no point of order. Senator Di Natale.

Senator DI NATALE:  I simply point out that there is no more or less irony than in the statement that the carbon tax was responsible for the death of Fairfax.

The PRESIDENT:  Senator Di Natale, I will give you the opportunity to rephrase the question.

Senator DI NATALE:  Thank you, Mr President. With the carbon tax inflicting serious damage on our economy-I would just like to point out it is an economy with low inflation, unemployment at five per cent and low interest rates-why is the government introducing a carbon tax at the best possible time?

Senator WONG (South Australia-Minister for Finance and Deregulation) (14:27):  I think I might leave the list of things that we know the carbon price is not responsible for, but I would say this: we do know that the economy is in a period of substantial change, but we also know-

Senator WONG:  I will take that interjection from Senator Brandis, because the only person who said people have never had it so good was former Prime Minister Howard. If you have a concern about that, Senator Brandis, I suggest you go and give former Prime Minister Howard a call, rather than throwing it at us. What we will say is that this is an economy that is in a period of change.

The PRESIDENT:  Senator Wong, resume your seat. When there is silence, we will proceed.

Senator WONG:  I would make the point that I have made before: this is an economy that is in a period of change because of what is occurring in the global economy, but it is an economy that is performing very well. We have strong growth, we have low unemployment, we have contained inflation and we have falling interest rates. It is always easy to put off reforms, but it is no longer appropriate and there is no longer a reason for us to continue to put off- (Time expired) 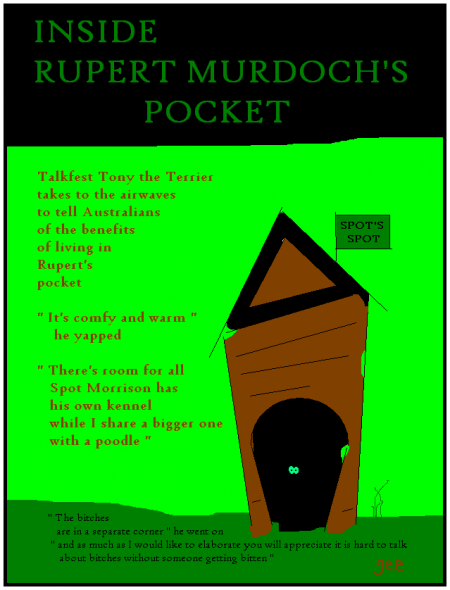