ON 2 SEPTEMBER, Minister for Education Alan Tudge stated that he wants standards in the school history curriculum to be lifted. Rather than outlining his vision for improvements to standards for learning and teaching, Tudge instead complained that a forthcoming national curriculum update will reinforce an already too negative view of Australian history that is taught in schools.

For Tudge, the curriculum needs apositive, optimistic and forward-looking view of our history. These sentiments were later echoed by former Prime Minister Tony Abbott in an opinion piece in The Australian on 30 September.

In other words, two of the leading Conservative voices in the country would prefer it if historians and history teachers stopped doing their jobs, in the name of patriotism. 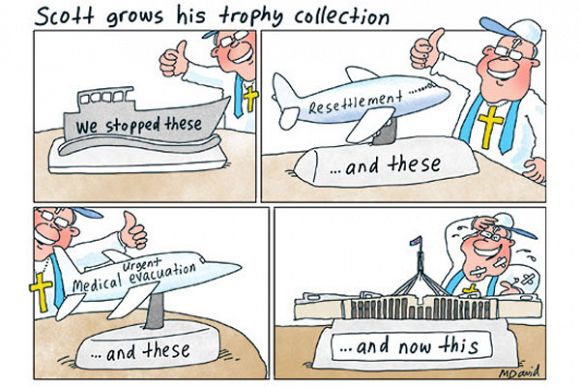 Australia's refugee policy is akin to the legal definition of torture, something a new government will hopefully change.

The Tudge and Abbott line of criticism is a familiar one among conservatives in Australia. The comments about the state of history are similar to the “history wars” of the 1990s and early 2000s. The history wars were an ongoing debate among politicians, academics, teachers and public intellectuals over how much of the school curriculum, and the wider discipline of history, should focus on difficult episodes in Australia’s past.

John Howard, then in opposition, thought that the balance sheet of Australian history fell on the side of heroic achievement. Howard also derided those who took a "black armband" approach to history that considered Australian history after 1788 to have consisted of “imperialism, exploitation, sexism, racism, and other forms of discriminations”.

Tudge and Abbott are, therefore, playing some of the band’s old hits. They are calling for history to be taught in a way that primarily celebrates how Australia became wealthy, liberal, free and egalitarian.

The problem with this line of thinking is that these proud achievements in Australian history were the result of fighting against the darker parts of the country’s history. The wealth that many Australians have is the result of labour unions fighting against low wages and rampant exploitation. Establishing voting rights for women, and later, Indigenous Australians, undoubtedly positive achievements, could only occur because these people at one point did not have these rights.

Similarly, the decision in Mabo to declare terra nullius void happened because terra nullius was considered to have existed. Historians deal with change, and no history can be complete without interrogating how we went from one state of affairs to another — even if this makes some parts of the story bleak.

In reality, the assault on the alleged "black armband" history is not about getting history right, but getting it right for the purposes of Australian nationalism. Comments from Tudge on 2 September are instructive on this point. On Triple J and Sky News, he narrowed his focus to one of the most important days on the Australian calendar: Anzac Day. 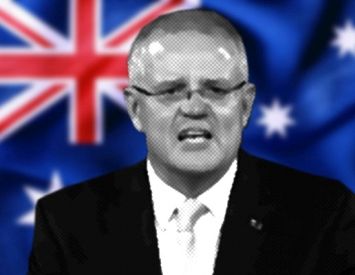 Of particular concern was that the proposed school curriculum is based on the belief that the meaning of Anzac Day is contested among Australians. Tudge claimed that most Australians consider Anzac Day to be sacred and that its meaning is beyond contestability. He suggested that only fringe elements of society bothered to think critically about what the day meant and in what circumstances Australians have made their military sacrifices.

In fact, critical reflection on Anzac Day has been mainstream in Australia for at least 60 years. Alan Seymour’s 1958 play The One Day of the Year – which reflects on the binge drinking that has been associated with the day of commemoration – has long featured in the high school English curriculum.

Historians and history teachers engage with Anzac Day as they do with any other event in the nation’s history: through critical analysis of the evidence. Some powerful forces in corporate Australia and politics dismiss or ignore this scholarly engagement with Anzac Day in favour of a simpler version of events that bolsters national mythmaking. Political figures and corporations are happy to exploit genuine Australian interest in commemoration and genuine concern for veterans for their own purposes.

Mythmaking is important for all politicians because all political parties tell stories to the electorate. These stories are supposed to gather support for the party’s agenda by building a sense of shared identity with the voter. They could be stories about progress, solidarity, the environment or many other things.

No political group, though, is more heavily invested in the past than conservatives: their story is, broadly, always about a great and proud people, who need to protect what they have at all costs.

Historians interfere with this story, by offering evidence and analysis of events that can produce complicated and awkward questions. This can often be a source of frustration for conservatives. A day like Anzac Day is not just a part of Australia’s history, but a foundational touchpoint for the conservative vision of the country. It is easy to understand why they do not like to see its meaning contested.

Australian conservatives have it worse than those in Europe and America. The long histories of some of the European democracies, the short but dramatic history of the United States, imbue many citizens with at least some sense of a proud tradition. The eminent historian John Hirst wrote that historians in Australia have generally had a hard time getting people to care about the creation of the nation. 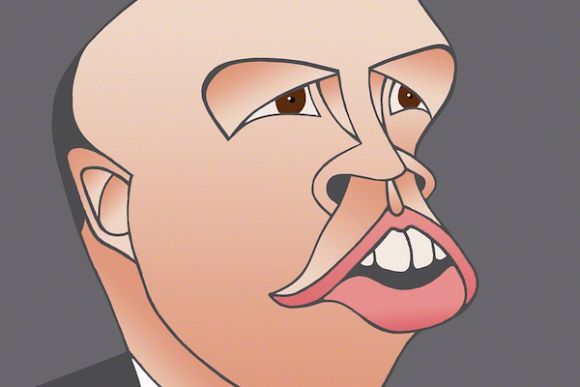 Most Australians know only the bare minimum about Federation and have to remember back to their early school days to recount stories from colonial history. Australia does not have a Battle of Trafalgar, or even a Battle of Britain.

It was not founded in revolution, nor does it have obvious founding fathers, famous documents, or famous intellectual movements. National sentiment is often patchy. Few throats choke up during the singing of the national anthem (if indeed people are singing along). There are, of course, moments of intense national pride, but they tend to occur as episodes and once they are over people get on with it. Australians are just not that nationalistic — when it comes to the past or the present.

Most Australians know where they came from, but they do not live in the past. They think they are lucky to live in a thriving and prosperous country, but they are not so paralysed by sentimentality as to be blind to its problems, historical or contemporary.

Conservatives here do not have much to work with to bolster their political narrative. This is why they would like historians to offer interpretations of historical events with lashings of national sentimentality. But the history profession in Australia has mostly proven to be resilient. Historians won the history wars and will see off Tudge’s new assault.

Historians will remain a thorn in the side of national mythmaking, rather than a vehicle for it.