Just over one hundred years ago, on 27 March 1912, Australia introduced compulsory enrolment and, in 1924, compulsory voting — since then, participation in the voting process has become an accepted and entrenched activity in Australian society, writes history editor Dr Glenn Davies. 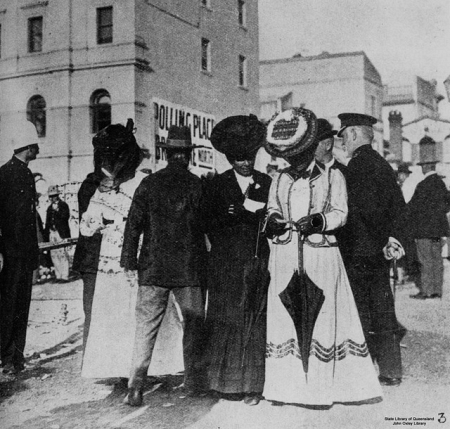 I love election days. In Queensland, we have just held local government elections which came close on the heels of a state election. On Election Day, I usually help run the P&C sausage sizzle in the mornings and hand out ‘how to vote’ cards in the afternoon. It’s a great chance to see the ebb and flow of your local community — and catch up with people you haven’t seen in ages. Election Day is a community event; a common, civic enterprise — and one in which most people are happy to participate.

Since 1924, Australians have had to turn up at a polling place on Election Day, have their names registered against the electoral roll and receive a ballot paper. However, because of the secrecy of the ballot, it is not possible to determine whether a person has completed their ballot paper prior to placing it in the ballot box. It is, therefore, not possible to determine whether all electors have met their legislated duty to vote.

Seen in this light, compulsory voting is better understood as a legal obligation to participate in the common civic activity of turning up, rather than as the need to cast a valid vote. The requirement to turn up is, quite clearly, a restriction on the liberty of citizens, as the option of choosing to go to the beach for the whole of the day has been removed. However, voting is far less onerous than other compulsory civic duties — such as paying taxes, sending your children to school and jury duty.

So, it is a requirement on Election Day that, at some time during the day, each and every citizen of voting age is required to attend a polling booth. If you don’t turn up to vote in state or national elections in this country, you are charged with breaching the electoral laws and face a fine, or even imprisonment if you are a persistent offender. What justifies this infringement of liberty is that compulsory attendance is one of the few obligations of citizenship in Australia that involves doing something collectively, as a community.


‘…this is probably a function of the fact that their relationship to the state has normally been a friendly one.’

Australians have not looked upon the compulsion to vote as particularly objectionable or onerous. Most Australians regard voting not so much as a right but as a fairly undemanding civic duty. It is seen as a normal part of Australian political culture and has wide support in the Australian electorate.

It was in July 1910, that the then Labor Prime Minister, Andrew Fisher (from Queensland) moved elections would be on a Saturday. This was of great assistance to Australian workers, who could then participate in elections. Soon after, in 1911, compulsory registration was introduced. During the Federal parliament debate for the bill on compulsory enrolment in 1911, Senator George Pearce stated


“Too often [voting] is looked upon merely as a privilege, because people throughout the world have had to fight for it — in some instances under distressing conditions … but I venture to say that in a country like Australia, where we recognise that every man and woman should have the right to vote, that right becomes more than a privilege — it becomes a duty.”

For the past 100 years it has been mandatory for Australian citizens to enrol to vote. Today, despite a century of compulsory enrolment, there are 1.5 million eligible Australians missing from the electoral roll, with young people and Indigenous Australians particularly under-represented. In the past, fines were imposed for failing to enrol. However, today, the Australian Electoral Commission encourages voluntary compliance and strives to make enrolling or updating enrolment as easy as possible.

When Queensland introduced compulsory voting in 1915, it became the first place in the then British Empire to do so. It was Queensland’s Denham Liberal Government that first legislated compulsory voting in 1914. Apparently the state government was concerned that ALP shop stewards were more effective in “getting out the vote”, and that compulsory voting would restore a level playing ground. Interestingly, the Labor Party was returned at the first compulsory poll in June 1915. Also interesting is the effect of this one the people in Queensland, who got used to voting and the turnout in voluntary federal elections increased above the national average.

Compulsory voting was introduced for federal elections in 1924 on the private initiative of Tasmanian Senator, Herbert Payne. While compulsory voting was first advocated by Alfred Deakin at the turn of the twentieth century, Australia’s first nine federal elections were held under voluntary voting. At the federal level, voluntary voting had produced between 55 per cent and 78 per cent turnout of voters. The significant impetus for compulsory voting at federal elections appears to have been a decline in turnout from more than 71 per cent at the 1919 election to less than 60 per cent at the 1922 election. However, the Bruce-Page federal government (a conservative coalition of the Nationalist and Country parties) was reluctant to be too closely identified to such a proposal.

On 16 July 1924, Senator Payne introduced the Commonwealth Electoral Bill 1924 as a private member’s bill to amend the Commonwealth Electoral Act 1918 to make voting compulsory in federal elections. He felt some action was required following the record low voter turnout (59.38 per cent) at the 1922 federal election. However, neither the government nor the opposition had compulsory voting on their platforms. Intriguingly, the law to make voting compulsory apparently passed through the Parliament in only 15 minutes and in neither house was a division required — therefore, no votes were recorded against the bill. This was only the third private member’s bill to be passed into law since 1901. Senator Payne explained the principle behind his Bill:

The impact of the new Bill was immediate, with turnout at the 1925 election rising to over 91%. After this, other states quickly followed: Victoria in 1926, New South Wales and Tasmania in 1928 and Western Australia in 1936. South Australia added compulsory voting for its House Assembly in 1942. 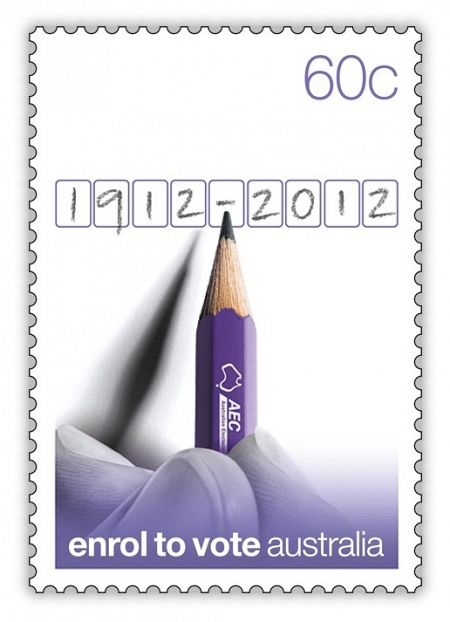 Since the federal election of 1925 voter turnout has never been below 90 per cent and, while the number of informal votes can vary, there is little evidence about what extent this represents acts of error, apathy or protest. During the 2010 federal election, the former federal ALP leader Mark Latham argued that “compulsion begets apathy”. In his cynical stand-up routine on 60 Minutes, he stated the government should not force citizens to vote or threaten them with a fine. In his ‘Five Minutes with Mark Latham’, he urged voters to leave their ballot papers blank and vote informal. After the election, Latham wrote in the Australian Financial Review, 9 September 2010:


‘The 2010 election was a good advertisement for voluntary voting. What other conclusion can be drawn from a campaign that produced a sharp increase in the informal vote, vast numbers who could not be bothered voting and a significant protest swing to the minor parties?’

The response to Latham is that strong and effective democracy requires a minimum degree of participation by all its citizens, not just those anxious to influence the system to get something out of it. The idea is not new. The great Greek historian, Thucydides, records the Athenian leader Pericles as saying:


‘… we do not say that a man who takes no interest in politics is a man who minds his business: we say he has no business here at all.’

The decisions of government affect everyone and they are more likely to be made on behalf of everyone if everyone plays at least some role in selecting the members of Parliament.

Compulsory enrolment and voting are the fundamental underpinnings of Australia’s democracy and Australians have readily accepted this with their enthusiastic participation in the electoral process. Participating in democracy should not be optional. Even if you despise politicians and the political process, turning out a couple of times every three or four years to vote for your local, state or national government is not burdensome for anyone. It forces even the most cynical individual to at least cast a fleeting glance at the political process and that is a desirable outcome. Adelaide University’s Lisa Hill notes:


‘By ensuring that voting participation is not confined to the more prosperous members of society, compulsory voting serves to protect such important democratic values as representativeness, legitimacy, accountability, political equality and minimisation of elite power.’

Compulsory voting forces people to engage with their democracy.

Our democracy needs more occasions where we get together and engage in a shared activity. For the most part, this should not be as a result of compulsion. However, there is room for at least one occasion, held every few years, when all citizens are required to come together in a common, civic enterprise. The requirement that we turn up to vote meets that test.