Instead of blaming each other for problems affecting them, older and younger generations should work towards an outcome to benefit society, writes Tom McCarthy.

MONDAY NIGHT’S EPISODE of Q&A featured a panel of young Australians who spoke predominantly about the impacts that COVID-19 is having on their livelihoods, mental health and general outlook for the future.

The panellists were also required to respond to the idea that young people were largely to blame for the spread of COVID-19 among the community.

In his role as host, I think we can probably forgive Hamish Macdonald for repeatedly putting this accusatory notion to the young panellists (provided, of course, that the proposition is actually based on a view held substantially within Australia). If this socioeconomic group risks being charged so indiscriminately with such a serious offence, then they should absolutely be afforded the opportunity to respond in a proper public forum. 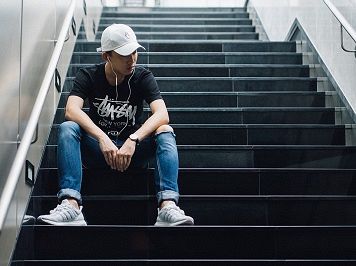 The concern I have instead relates more generally to the nature of public discourse on matters which inherently involve differences between one generation and another, whether man-made (such as property affordability and job prospects) or biological (like one’s vulnerability to COVID-19). Unfortunately, as Macdonald’s line of inquiry reflected, what we are seeing is a lot of finger-pointing and criticising, especially, it seems, from our more senior cohort.

And to the extent this is happening, it’s both unfair and unhelpful.

Overall, what I saw on Monday night was a group of young people impressively advocating for their generation – which this pandemic undoubtedly discriminates against – explaining the already devastating impact of COVID-19 and their concerns going into such an uncertain future. While they probably could have been forgiven for doing some serious finger-pointing of their own, what I heard was largely a message of hope, positivity (at least as much as could be healthily expected in the circumstances) and inclusiveness.

Of course, young people are going to make some mistakes along the way — it would be foolhardy to think otherwise. While they may have energy and optimism, let’s not forget they, by very virtue of being young, lack the wisdom of lived experience and have not had the opportunity to establish a career or financial security.

So it does irk me to see an older generation Australian like Maria Hreglich, from what looked a fairly plush home office in one of Sydney’s most expensive suburbs, Mosman, preface her question to the young Q&A panel by asking: “Why are all these young people complaining?” Her argument was that her generation of so-called baby boomers had to work hard and be frugal.

The lawyer in me jumps to substantiate a few good reasons some why some young people (of which, at 33, I am probably no longer) might be complaining. Perhaps you’ll indulge me in just one — does Maria realise that the performance of her generation’s sturdy superannuation balances depends in no small part on the continued adoption of the “throwaway” consumerist attitude she criticises?

For proof of that, just look at Afterpay, the Australian “buy-now-pay-later” payment facilitator used predominantly by younger people, which in the space of a few years has gone from virtually nothing to now being more valuable than Coles. (Somehow I don’t think that millennials have been using Afterpay to buy shares in Afterpay.)

But I digress. Because the point I want to make is that all this finger-pointing is not going to get us anywhere. Like Monday night’s panellists suitably pointed out, like it or not, we are all in this together. The youth need the old and vice versa. Whether it’s to get through a pandemic or to keep the nation up to speed with the adoption of, and contribution to, world-class technologies.

What will surely promote better outcomes for everyone is seeing baby boomers invest some time and energy into the youth, transferring some of the rich experience they are quick to point out they have: how to get through tough times; how to gain work experience and build a career; how to create wealth.

Personally, I can attribute my own development in these areas to just a small handful of generous older Australians, who didn’t just simply believe in me but took it upon themselves to help chart my course — an often thankless job. But now that I get to work with some younger people myself, I understand an enriching one.

Coming together will not only lead to better economic and societal outcomes for all, but it will also help dismantle this adversarial, unhelpful blame game that has come to be characterised by simplistic ideas like “avocado on toast” and “okay, boomer”.

Tom McCarthy is a Melbourne-based lawyer and business owner, and also writes at Mr Double Speaker.

30 August 2020, 4:30pm Instead of blaming each other for problems affecting them, older and younger ...
Join the conversation
comments powered by Disqus
News updates