Clive Palmer's UAP membership may be an offer you can't refuse

After a weeks-long SMS spamming assault on innocent Australians, UAP and its only supporter ex-Liberal Craig Kelly have opened another campaign, this one an audacious attempt to manufacture a veneer of respectability and an image of popularity.

In a media release dated 2 September 2021, the UAP claims to be the fastest-growing political party in Australia,

The United Australia Party has expanded its membership by 30,000 in less than two weeks, becoming the fastest-growing political party in Australian history, chairman Clive Palmer has announced.

"Over the last ten days, our party membership has grown by more than 30,000. We have seen an average of 3,000 new members join every day since Craig Kelly was announced as our party leader,’’ Mr Palmer said.

This is a watershed moment in Australian political history.

At this rate, the United Australian Party will have more party members than the combined memberships of both Liberal and Labor.

That does sound impressive. It also sounds implausible.

Like all things UAP, it appears to be a scam.

According to one email obtained by IA, ordinary Australians who have had no previous association or contact with UAP are receiving emails confirming their UAP membership.

In the unsolicited email, UAP thanks the recipient, using first and second names, for supporting the UAP and standing up for "precious freedoms".

The email then informs the recipient of their membership number and assures them 'thousands of likeminded [sic] Australians have done precisely as you have done’.

Interestingly, the recipient of the above email happens to be a citizen of New Zealand and not even enrolled to vote in Australia, but hey, details details.

IA understands "alleged" members’ return emails to membership@unitedaustraliaparty.org.au go unanswered. IA also emailed this address but at the time of writing, we hadn’t heard back, either.

Seems UAP membership might be an offer you can’t refuse.

Clive and Craig‘s motives are clear if not unified.

The UAP wants to rope in more suckers so it can play preferences with the Libs at the next election to the benefit of its overlord.

To do this, it needs to stand candidates in as many seats as it can. To get these candidates, it needs to convince them UAP is popular and they have a chance because, if history is any guide, they will be paying their own way and hoping a UAP House of Reps seat will be their ticket out of wherever they are.

The home page of the UAP website even has a big yellow "become candidate" button. Click it, fill in a few details and you never know.

The fact the UAP is on the nose with most of Australia – the Party must hold the record for the most phone numbers blocking a single entity – and that it will get chewed to pieces at the next election is not mentioned in polite conversation.

Kelly is a man approaching the end of his run.

Like a Catherine Wheel, Craig has been rotating wildly, spinning faster and faster, propelled by venting bile and the perverse view of freedom common to his ilk. Just as he spun off the Liberal Party nail and onto the dry grass of the crossbench, still spinning, Clive picked him up.

History gives us a good clue. 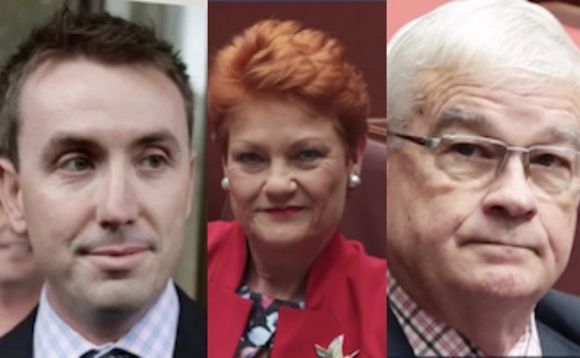 Brian Burston and the lurid viscera of One Nation

Ross Jones met Brian Burston prior to the election, to discuss details of the UAP candidate's colourful parting of the ways with PHON.

Brian had winged his way to becoming a One Nation senator before Pauline and James decided he was a treacherous lowlife and threw him out of the party in June 2018. Like Kelly after the Libs were done with him, Burston lay powerless after his PHON banishment — a feather duster waiting to happen.

Because Burston had elected status, he gave the UAP instant party registration without the messy requirement (at that time) of having 500 citizens on the electoral roll as members.

The UAP tanked at the 2019 Federal Election.

But it contested every lower house seat and

With this preference deal, the UAP assisted the Coalition to a two-seat majority in Queensland and an electoral win.

Burston became that duster, Clive went on to the Queensland Nickel disaster.

It is evident that at least one of these member claims is either deliberately fraudulent or a terrible administrative error. If this is true for one alleged member, who knows where it stops? Does UAP have any members at all apart from the two big Cs?

Because of Kelly, the UAP does not need members, at least not until after the next election. It has a sitting member, scooped from the weeds the same way Burston was scooped and for exactly the same purpose.

And Kelly will meet the same fate as Burston. After the next election, that’s it for fame.

Meanwhile, UAP will maintain the illusion of being a political party, lots of money, lots of yellow, lots of ranting, lots of out-of-pocket candidates.

It is hollow. It is all about Clive.

The amount of money he spends on this stuff is chickenshit, but the rewards from preference deals? 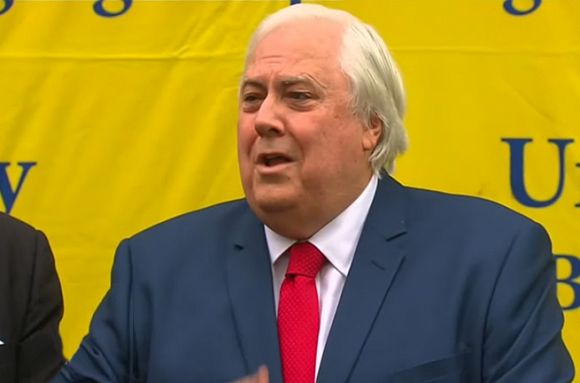