Can Do a Stewpid State

On 3 April 2012, a mere ten days after the LNP landslide win in the recent Queensland state election, one of the first acts of the Newman Government has been to axe the Queensland Premier's Literary Awards and redirect the $250,000 government support. This was even though Campbell Newman and the LNP team promised “There will be no net loss to Arts funding under a government I lead’. The awards that gave us stories like Rabbit Proof Fence are no more. Even though it’s the National Year of Reading and April is Aussie Author Month, Premier Newman has shown how much he appreciates his state's authors. History editor Glenn Davies comments.

The Queensland Premier’s Literary Awards were established in 1999 and had become one of the leading literary programs in Australia. The state government funding was $244,475 per year and sundry operational costs. Although this may sound a lot of money it comes from an annual State Budget of roughly $47 billion. As Brisbane author Nick Earls points out

‘…there’s nothing more influential on the ratings folk at Moody’s and Standard & Poor’s than reducing your debt by 0.00028% through axing awards for writing. That’s how valuable the axing of the Premier’s Literary Awards is to the state’s finances. It’s a saving of $250,000 at the same time as the LNP is telling us the state is $85b in debt.’

Earls likens it to the difference between going $20,000 into debt to buy a car and instead being really smart about your finances and only having to borrow $19,999.94. Mark Roberts blogs that

‘…obviously the dollar amounts in cutting funding to the Arts will not make a huge difference to the state’s bottom line ( if you want to save money cut some of the subsidies to the mining industry), but the symbolic impact is huge. Premier Newman has announced that the Queensland he leads will not be concerned with the creative imagination.’

One twitterer pointed out that this amount of money would pay for 37.5cm (or about a foot) of the Clem7 tunnel.

‘Can-Do’ Cam and the Liberal National Party ran on a platform of fiscal prudence, eliminating government waste, and easing cost-of-living pressures on ‘ordinary Queenslanders’. As Brisbane author John Birmingham put it on Wednesday, 4 April, the clawing-back of $250,000 feels more mean-spirited than anything. University of Queensland academic Stuart Glover blogs that

‘…the awards, a 1998 initiative of Beattie’s, were always going to be a bad fit for Newman. What is unclear at this moment though is whether this decision is just ill-thought through or if it tolls a bell for the new LNP Government’s support of the arts in the state.’

‘The politics of this are pretty simple and pretty brutal. He’s not going to lose many if any votes out of getting rid of this prize, and out of slashing the hell out of a lot of arts budgets. There’s quite a bit of state money goes into supporting little theatre companies here and there, library programs for writers. People aren’t aware of how much of this stuff goes on and in total it’s not a huge amount of money. It’s really not. It makes a big difference to the people who are getting it, obviously, but in terms of the state budget, there’s probably bigger tough cuts that he could make, but they’re much tougher to sell.’

For Queenslanders this may be the first of many attacks on the arts. Queensland theatre companies, galleries and filmmakers are probably feeling very nervous about now. Premier Newman has not yet mentioned where the approximate $250,000 saving will go although CEO of Queensland Writers Centre Kate Eltham is leading the push for the savings to be re-invested into emerging writing.

The Queensland Writers’ Centre, as always, is advocating strongly on behalf of local writers and readers.

‘QWC is sad to learn of the cancellation of the Queensland Premier’s Literary Awards. It’s disappointing to lose an important platform for celebrating Queensland authors and writing.‘We are particularly concerned about the loss of critical opportunities for emerging Queensland writers and Indigenous writers represented by the Unpublished Manuscript Emerging Author Award and the David Unaipon Award.

‘We're keen to work with the literary community to find ways to continue supporting the awards and recognising the amazing stories and authors of this state. Your ideas and offers of support have been gratifying and welcome, keep 'em coming! Stay tuned for more updates as we work on solutions.

‘We also look forward to opening a conversation with the new Arts Minister about ways to support talented writers of Queensland and to promote our stories.

‘This is a great opportunity to mention that Arts Queensland is currently collecting input from the Queensland writing community about the development of a new writing plan, and we encourage you to leave your thoughts on the AQblog: http://www.arts.qld.gov.au/blog/index.php/think-forward-think-big/’

The loss of an award with 14 categories that crossed the writing spectrum — poetry, short and long fiction, non-fiction, history, science, advancing public debate, children’s and young adult, scriptwriting for film, drama and television, for established, new and Indigenous writers — is a devastating blow to creative practice and cultural enrichment in Queensland and Australia. In so doing, Queensland has now become the only Australian state without a Premier’s Literary Award, or its equivalent. 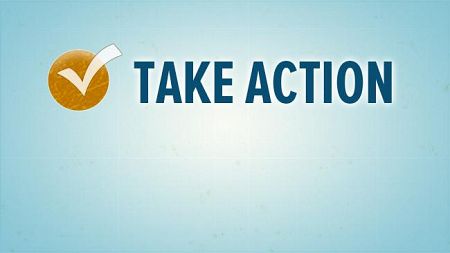 Things you can do

Catherine C. Turner has used Delicious to build a ‘stack’ of links relating to the topic: Queensland Premier’s Literary Awards