Bob Hawke and his babes

IA contributing editor-at-large Tess Lawrence looks at this weekend's NSW state election and says that Bob Hawke is no solution for electile dysfunction. 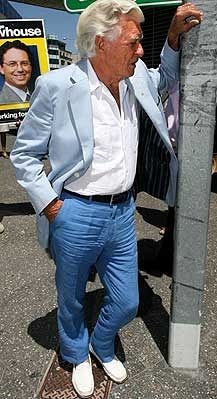 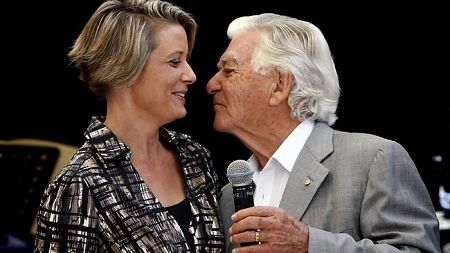 Bob Hawke is mutton dressed up as ram.

I've thought this for yonks. And well before The Bodgie turned silver.

I just don't get it. He apparently oozes political pheromones to such an extent that the Labor party despatches him hither and thither whenever one of their beleaguered female electees needs a bit of mindless charismatics and a photo shopportunity.

In today's media, there are pictures of Bob the Builder and Kristina Keneally, the NSW Premier whose Government has only hours to live, having been on death support for months.

There is little doubt of a landslide defeat against her shoe-in opponent Barry O' Farrell in this weekend's NSW State elections. Listen up though and watch out Julia. It will be no surprise if, in due course, Kristina crosses the border for a shot at federal politics and the leadership.

Keneally has got ‘it’. And her relentless and feisty campaign has showcased a courageous staying power.  And we've seen only one real Kristina. But just as the sun was setting on Keneally's blonded and famous Flick, the ALP sent in Hawkie.

Whenever there's an electile dysfunction, it's Bobajob time! Reminds me of that billboard I used to pass on the way to my radio station. 'Linga, longa, donga' a fine piece of alliteration granted, but pathetic on so many other levels. You know why.

Nonetheless, the slogan has a minimum of syllables for the maximum conning of sonants.

I'll tweak it a bit and build on the theme. Stand by whilst I spin it a tad and say the magic words,

'Lingo, longo, drongo'. There you go, Bob's your uncle.

Whether it's Julia, Maxine or Kristina, Hawkie's kiss, embrace, anointing, whatever, is supposed to result in immediate electoral redemption. Cop these photos of Bob and some of Bobby's angels.

Cop the photo of him in his Bodgie Smugglers. 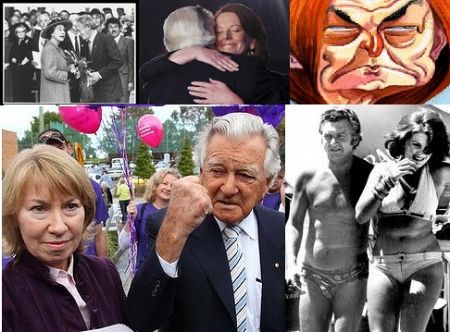 As far as I can determine, his dribbly smooch of approval equates to the kiss of death or political halitosis at best.

I wonder if Bob asks to do it - or if he is asked to do it by the surgical elite who run the ALP APP-A-RAT-CHICK Laboratory.

Why is it presumed that this man makes the appropriate political bookend to women on the political stage? Without question, the sexual component of a politician's popularity rating is critical to political forensics.

Then again, I wanted to lose my virginity to David Attenborough.  I still do.