Birth of a progressive coalition: 30,000 attend March in March in Melbourne

The March in March was a stunning success for the grass roots organisers, writes Mike Marriott, who says the sentiments shared by the marchers were remarkably similar.

“I'm devastated by what the Abbott is doing without debate. It's getting worse. The ignorance of science is hard to fathom!”

He is standing on the steps of the State Library of Victoria, brandishing a sign in which a cartoon version of Prime Minister Abbott declares 'Climate Change is Crap'.

He was among the 30,000 Victorians who marched in protest on Sunday in protest.

The March in March was a stunning success for the grass roots organisers — a rival to the Vietnam Moratorium marches of 1970.

This wasn't merely a small gathering of the disenfranchised. In attendance, one could find a true cross-section of the community.

Tens of thousands came to march peacefully and express their justified outrage. Grandparents came with their children and their grandchildren. Generations united in disgust at the actions of this government. Climate activists united with those fighting for animal rights. Trade unionists made common cause with environmentalists.

As I mingled with the crowd, I asked people what prompted them to protest.

“Why are you here?What made you come?”

What surprised me was the uniformity of their response. It wasn't a single concern that motivated them to participate in this incredible display of people power.

I asked a group of teenage girls why they were there: 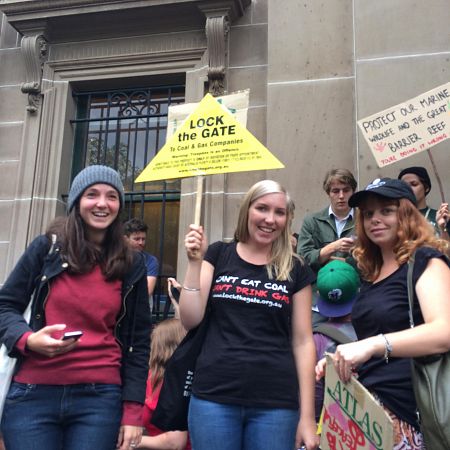 “To lock the gates” said the one holding the now ubiquitous yellow triangle of that grass roots movement.

“There is no planet B!” said the girl with the beanie.

Said the one with the black cap:

“It's... everything! Everything Abbott is doing!”

As the protesters began to make their way down Swanston Street, I asked a family why they'd decided to come.

Said a mother holding a sign declaring her support for refugees.

“It's just about everything! He (Abbott) is ignoring climate change. He is anti-women. He is cutting government services to those who need them.” 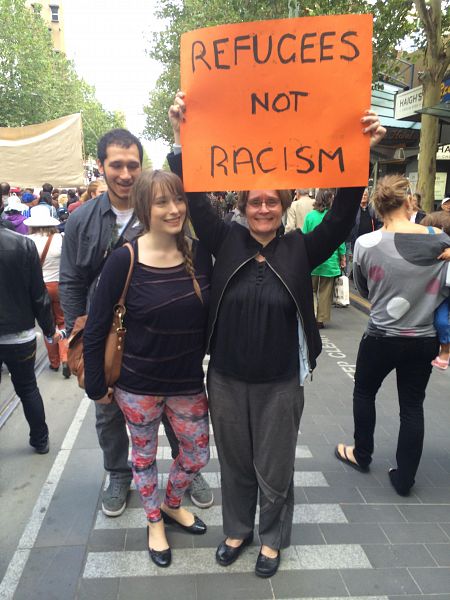 Again and again I heard the same sentiments and sense of outrage.

Ordinary Australians expressing alarm with the policies of the Abbott lead government. These are people concerned about their children's future. They want a more just society.

This is why this past weekend was an incredible display of authentic people power.

There were no politicians or celebrities there to hog the limelight. Those who marched were people like you and me.

Like us, they are frustrated and disgusted with this present generation of politicians, media hacks and spin doctors.

On Sunday, we witnessed the emergence of something many of hoped for, but feared wouldn't come — the birth of a progressive coalition prepared to embrace civil disobedience.

Perhaps the March in March movement heralds the arrival of a new phase in Australian politics.

Citizens organising themselves in protest and uniting in common cause while rejecting the major political parties. 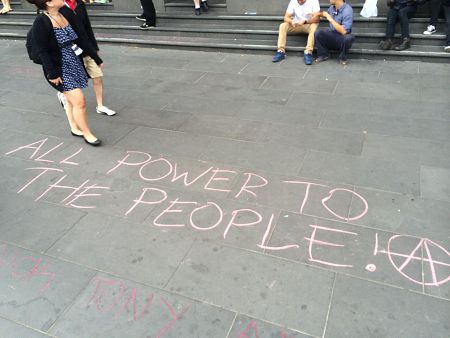 How this shapes politics in Australia is yet to be seen. Anyone dismissing this past weekend’s events is a fool.

And there is no fool like a News Corporation fool. Andrew Bolt dismissed the 30,000 Victorians who marched as 'barbarians'.

Be careful what you wish for Andrew; barbarians have a habit of bringing down empires.

As the crowds dissipated toward the late afternoon, I chatted to a group of friends about the success of the march and what it meant.

Without reservation we all agreed.

We no longer felt alone.

Richard and the other protesters interviewed kindly agreed to be quoted in this article; we thank them for their time and willingness to share their thoughts. You can follow Mike Marriott on Twitter @WTDeniers. 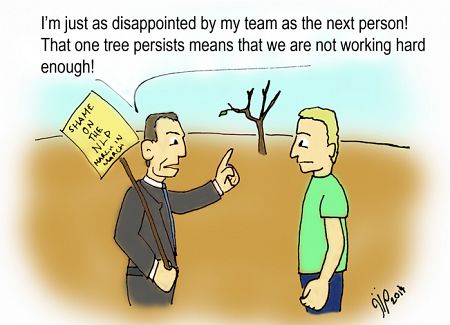 Birth of a progressive coalition: 30,000 attend March in March in Melbourne

24 February 2014, 11:30am The time has come for civil disobedience in the face of our captured political ...
Join the conversation
comments powered by Disqus
News updates