Lawyers for Attorney-General Michaelia Cash have warned of national security issues if the trial of Bernard Collaery continues in public, writes Dechlan Brennan.

THE LATEST DISPORT by the Federal Government to further erode the rule of law was confirmed in court this week, with the actions of lawyers representing Attorney-General Michaelia Cash causing Justice David Mossop to describe the continued obfuscation as a “perpetual vortex”.

I have written several times on the trial of former A.C.T. Attorney-General Bernard Collaery, who has been charged over his alleged role in exposing the bugging of Timor-Lester and the current Government's willingness to go to extraordinary lengths in order to prosecute him.

The latest in this Machiavellian piece of governance was performed on the floor of the A.C.T. Supreme Court on Wednesday when lawyers for the Attorney-General told the court they wanted to introduce updated evidence that would show there would be severe national security issues posed if the trial went ahead in the public sphere.

Despite the appeals court last month finding that there was minimal risk posed to national security in their decision to allow much of the Collaery trial to be adjudicated in the open, lawyers argued that the situation has altered dramatically in the proceeding 20 months that it has taken for Collaery’s appeal to be heard and resolved. The fact this length of time has been entirely the Government's own doing was unsurprisingly left off the remit. 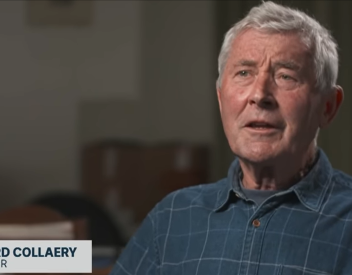 Collaery's trial to be public, but it should be abandoned

In what has been a challenging time for democracy under the Morrison Government, the result of lawyer Bernard Collaery’s appeal brings some joy.

It wants to produce new evidence that only the court, not Collaery, can see. This will entail the security risks that they believe to be prevalent if the trial is to remain in the open. It also, in one of the more sinister moves, wants to appoint a special counsel – paid for by the taxpayer – to view these documents on Collaery’s behalf.

This Kafkaesque move shows a shocking lack of judgement from a government that is mired in issues of transparency and secrecy.

The Guardian reported that Collaery’s lawyer, Christopher Ward SC, described the Government’s move as “carte-blanche” in attempting to add new evidence to the case.

He told the Judge:

“It’s described gently as being updated evidence, but it’s fresh evidence, your honour.”

The evidence the Government wants to add could take months and this is before another (likely) appeal is factored in.

Justice Mossop mentioned this when he inquired if there would ever be an end to the trial, or whether the Government would simply drag the case out permanently, constantly bringing in ‘new evidence’ to avoid fault:

“Is there any prospect of this matter ever being completed? Or will we be stuck in a perpetual vortex of updating?” 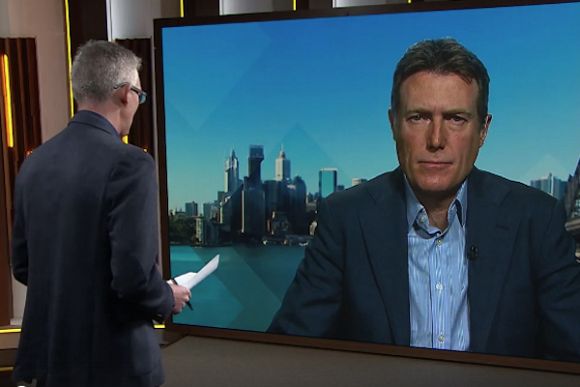 Without freedom of expression in courts, can justice be truly served?

When Indigenous Australians are being denied linguistic rights during incarceration, our court system is being undermined.

Collaery slammed the move from government lawyers, lamenting outside of court that:

“This takes the Commonwealth’s hypocritical obsession with secrecy to new heights when one considers recent events. I strongly object to the court being given and relying on evidence we can’t see. It’s a shameful mockery of open justice.”

Less than two months ago, the A.C.T. appeals court stated that “there is no place in our legal system” for a secret trial.

“The Attorney-General is now seeking to provide secret evidence to the A.C.T. Supreme Court, to insist that the trial should be held in secret, despite the court of appeal’s judgment saying otherwise.”

Just as galling, Cash is attempting to prevent the appeal court’s judgement in October in rejecting the secrecy demands be made public.

This mendacious and outright cruel move by the Government flies in the face of the Attorney-General’s role as a ‘model litigant’ — a requirement of the position. 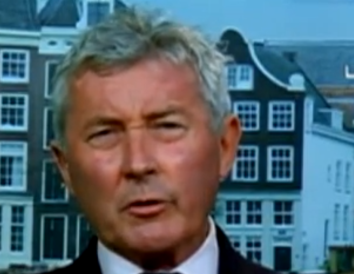 The Rule of Law Education Centre highlights this concisely:

‘It is vital that government bodies should not be “out to get” people, but should be acting in the public interest, according to law.’

There is no doubt that the Government is not covering this remit with its continued prosecution of Bernard Collaery. The barrister is 77 and practices law sporadically.

Former Attorney-General Christian Porter was scolded multiple times for his dragging out of the case, which has gone on for over three years.

And why this horrific abuse of justice? Why this constant need to keep this all away from the prying eyes of the public?

Because the Liberal Party is embarrassed to admit that in 2004 they authorised the wiretapping of a sovereign nation, Timor-Leste, for no other reason than to help the fossil fuel giant Woodside get a leg up in negotiation proceedings. Then Foreign Minister Alexander Downer and then secretary of Foreign Affairs and Trade Ashton Calvert both took up jobs with Woodside after they left Parliament.

However, if we look closely, there is one person in that affair who definitely remains. Who was one of Downer’s legal advisers during his illegal activities against one of the poorest nations on Earth? None other than current Liberal MP Dave Sharma. No wonder the Liberal Party is trying so hard to keep justice under wraps.

As I wrote previously, Porter sought to use various provisions in the National Security Information Act to keep the trial out of the view of the public. He even attempted to convict Collaery in a secret-judge only trial, with evidence that Collaery was forbidden to see. 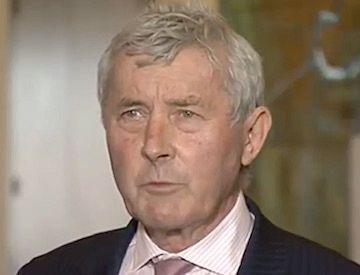 Is it Witness K and Collaery that should be charged over East Timor spy scandal?

Bernard Keane from Crikey has followed the story more than anyone else in the media. He contrasted the leaks perpetrated by Bernard Collaery – and previously Witness K – to those perpetrated by the Government last week during the submarine scandal with France.

‘As has long been the case with national security prosecutions, governments only go after leaks that embarrass them — not the ones that serve their own interests.’

In recent times, Assistant Attorney-General Amanda Stoker has been running a media gauntlet on her favoured news station, Sky News, to chastise the pandemic bill from Victorian Premier Daniel Andrews. On 5 November, she told Catherine McGregor that the Victorian Labor Government would “deprive people of liberty”.

Without offering a red herring, perhaps Mrs Stoker would be best served looking at her direct superior Michaelia Cash and how she is depriving a man of his livelihood for no other reason than to prevent embarrassment to her Party.

The Federal Government has constantly attempted to cover up and subvert justice in its eight years in power. But the case of Bernard Collaery isn’t a game of politics. It is not a minister behaving badly, or even a gratuitous waste of taxpayer funds. It is nothing more than an attempt to silence injustice. When a trial cannot be made public, it breaks the very basic tenants of fairness in our judicial system.

Regardless of people’s opinions of Collaery, the fact the Government is subverting both their legal role is abhorrent. The very media groups who have chastised lockdowns as an attack on our freedoms have been mostly silent.

If the Collaery trial becomes one of closed-door whispers, the ultimate loser will be all Australians.