Attending the recent launch of 'Murder At Tottenham' about the Australian Wobblies in 1916 and the government's heavy-handed approach to crushing the union movement, Dr Benjamin T. Jones was struck by the parallels between the anti-union witch hunt of the Sydney Twelve and the TURC.

THE PARTISAN nature of the Trade Union Royal Commission was loudly protested long before it was revealed that its head, Dyson Heydon, agreed to speak at a Liberal Party fundraiser and was on the panel to award Tony Abbott his Rhodes Scholarship in 1981.

Heydon’s refusal to step down from his role confirmed for many that this was indeed a political witch hunt and an abuse of state power. While Julia Gillard and Bill Shorten were both vindicated of any wrong doing, simply taking the stand undermined their credibility. The media catchcry of “union corruption” and the long-running conservative charge of “union thugs” fed into confirmation bias against two already unpopular leaders.

Abbott’s – and now Turnbull’s – willingness to use the apparatus of the state to demonise unionism and the complicity of the mainstream press is extraordinary but far from unprecedented. Nearly a century ago, Australian workers who advocated unionism, fought for better conditions, and protested the squalid waste of human life in World War I also faced the fury of the state. 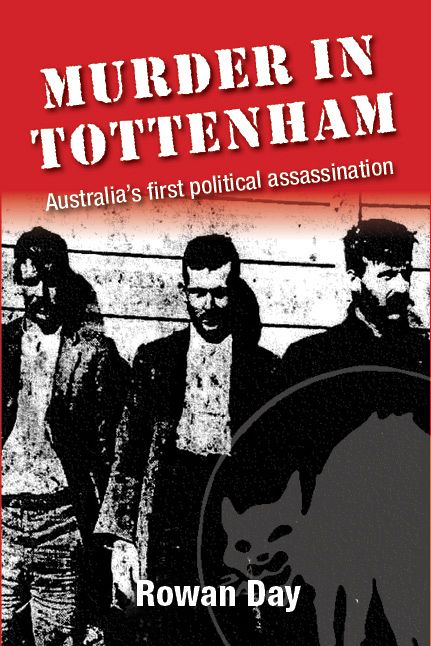 Western Sydney University historian Dr Rowan Day has recently published the ominously titled, Murder in Tottenham: Australia’s first political assassination. Far from the famous London suburb, Day is referring to the rural mining town in Central-West New South Wales. Now a sleepy suburb of less than 300 people, when the first Anzacs landed at Gallipoli, it was a hotbed revolutionary unionism.

Day presents a fascinating account of the global movement, the International Workers of the World (IWW), popularly known as the Wobblies. Inspired by American revolutionaries, they fought in Australia for “One Big Union”. The picture he paints is one of wild idealism and violent struggle for the mythical paradise for workers in the early days of Federation. He writes:

'The Tottenham Wobblies and their associates have been largely forgotten, despite doing everything imaginable to insert themselves into the history books. They rebelled against an economic and political structure they despised. They did this not only in Tottenham, but across Australia, New Zealand and America. The fact that some of them resorted to bullets and bombs shows just how fierce this struggle was.' (p.159).

The focus of the book is refreshing. Rather than the heady political atmosphere in Sydney during World War I – ground well covered by historians of New South Wales – Day turns his attention to the bush. It was in Tottenham that George Duncan, the only police officer in town was murdered by two Wobblies, Frank Franz and Roland Kennedy.

Where Day really shines is bringing in the wider context of the global Wobblies movement. He shows the interconnectivity of the early twentieth century Anglosphere and the terror revolutionary unionism inspired not only for conservatives but the acceptable left and even some political trade unionists. Indeed, it was Labor Prime Minister (later Labor rat) Billy Hughes who insisted the Wobblies 'must be attacked with the ferocity of a Bengal Tiger.' (p.82).

The Sydney Twelve trial, which found IWW members guilty of treason, was still in session when Franz and Kennedy were tried. The hysteria of the period is palpable in Day’s account. This fed into the most outrageous death sentence to be delivered in Australian legal history. Allegedly promised a reduced sentence and even a monetary reward for his family, Franz decided to turn Crown’s witness. His subsequent execution was unprecedented. As Day explains;

'Never in Australian history, before or since, has somebody been executed after becoming a witness for the Crown or "turning King’s evidence."' (p.115).

Even more extraordinary was that at the time of the executions, cabinet were discussing a bill to end capital punishment! This speaks volumes of the sheer terror inspired by the Wobblies. The ruthless pursuit by the government, media, and employer groups to destroy them indicates how far Australia was —and still is— from Voltaire’s ideal society where counter-points and radical ideas are welcome.

This book is well worth the read. It is superbly researched and a great yarn. It also has some eerie similarities to many Western governments in the age of terrorism. Certainly in Australia, the state seems no more open to revolutionary groups or even counter opinions now than it was 100 years ago when Day’s story takes place.

'The smart way to keep people passive and obedient is to strictly limit the spectrum of acceptable opinion, but allow very lively debate within that spectrum - even encourage the more critical and dissident views. That gives people the sense that there's free thinking going on, while all the time the presuppositions of the system are being reinforced by the limits put on the range of the debate.' 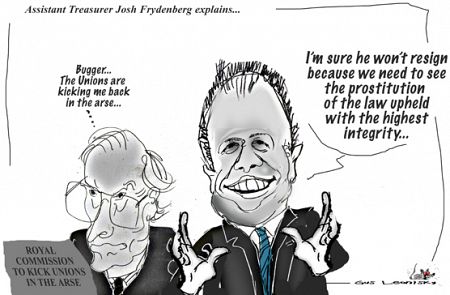 This was certainly the case in Australia 100 years ago and, if anything, the scope of debate has narrowed rather than widened. A strong progressive stance on passivism, unionism, climate change, or refugee policy, is almost as likely to meet opposition from the ALP as the Coalition.

When we see a prime minister freely using tax-payer money and all the power of the state to snuff out the last radical embers from the union fire, we may feel frustration, sadness, a sense of injustice, even anger. What we should not feel is surprised. As Day so clearly shows, it’s been happening for a century.

Education is not the filling of a pail, but the lighting of a fire.

Dr Benjamin T. Jones is an Adjunct Fellow at the School of Humanities and Communication Arts at the University of Western Sydney. You can follow Dr Jones on Twitter @BenjaminTJones1 or his blog Thematic Musings.

The Royal Commissioner, the Bishop and the Nazis #DysonHeydon #TURC https://t.co/R3InMbH39D @IndependentAus

For more in depth analysis of Australian politics, subscribe to IA from just $5.