As we impatiently await the Ashby-Harmer leave to appeal verdict ‒ and the costs continue to escalate ‒ the vultures circle lower around Peter Slipper. Ross Jones reports. 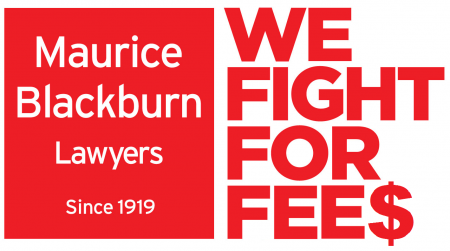 Right now they’re in the eye of the storm. All around, whirling like cows and Chevvy pick-ups in a Kansas twister, are costs hearings, reputations, criminality and revenge.

Regarding the Ashby leave to/appeals, the full bench of the Federal Court is eerily quiet. After retiring enigmatically on the afternoon of Friday, 3 May 2013, his honours have still not issued a peep.

This means that the costs hearing that was supposed to have taken place on 30 May 2013 has had to be adjourned, awaiting the results of the leave to appeal case.

The bucks are adding up.

Maurice Blackburn, the law firm representing Peter Slipper until September 2012 ‒ until it backed out on the eve of the case being heard, leaving Slipper to represent himself ‒ has dropped a bill on the ex-Speaker of nearly $1/4 million.

A lot of money for not a lot of service. And that’s on top of the gob-smacking amounts already racked up in the farce that is Ashbygate. Lawyers, courts, PR — I’m thinking about half a Joint Strike Fighter.

Someone, somewhere, sometime, will have to pay the piper.

For obvious reasons, Slipper doesn’t want to pay Maurice Blackburn until the costs matter is decided. Why his former, apparently ALP aligned, lawyers have chosen to pursue him at this time in a blaze of publicity,  is ‒ like the actions of many actors in this tragic epic farce ‒ hard to comprehend.

The danger of this sort of article is that it is entirely possible his honours will have announced their appeal/leave to appeal decision(s) by the time you read this. But probably not. If they have, just stop reading now.

Ashby’s former lawyer, Michael Daniel Harmer must be seriously concerned. If he loses his appeal, it’s entirely possible his reputation will be synonymous with a well-known and popular education reform.

Remember the Oracle sexual harassment case? MH pleaded for the claimant, who was ultimately awarded $18,000. Her costs were, of course, a tad higher. Cheap is not part of the MH MO.


‘At this point, whatever the merits of Ms Richardson's claims, the proceedings would have been conducted solely for the financial benefit of her lawyers.’

MH decided he had no choice but to appeal the costs ruling. On the 69th anniversary of D-Day, he lost.

Then there’s Jim, who must lie awake at night wondering where the helicopters and sports cars have gone. If the appeal is denied, well, cripes. Who is going to be seen to be kicking the can for this guy? Brough? Doane? McCardle? Bishop? LNP? (I could go on.)

And Pete? When the tornado dies and the cows and Chevvies drop to the dust, he’ll be the guy standing in the wreckage. He’ll be laughing ― unless everyone else has gone to the wall.