Anthony Albanese has made a mistake by proposing the cutting of Independent MP staff members without proper discussion, writes Paul Begley.

I AM WRITING this piece reluctantly because it should not be a discussion happening in the public domain.

That said, it’s now gone too far and is costing the new Albanese Government trust and political capital.

I refer to the communication in writing from the Prime Minister to the Independent MPs, including the new teal MPs, about staffing allocations.

Twitter has lit up with people expressing impatient expertise on answering the question about how many parliamentary staff an Independent MP needs. Many views can be summed up in the expression “just get on with it”. I won’t express a view on the matter because I’m not in a position to answer the question.

I’ve worked within Labor ministers’ offices and have also worked with ministerial staffers from both sides of politics as an outsider. Putting it that way assumes there are two parties in the Parliament and two sides. Since the Federal Election last month, that is no longer true so my experience doesn’t count for much in the present setting.

While Labor holds marginally more than half the 151 seats in the House of Representatives with 77 seats, the defeated Coalition holds 58 and the smaller parties and Independents hold the remaining 16 seats. 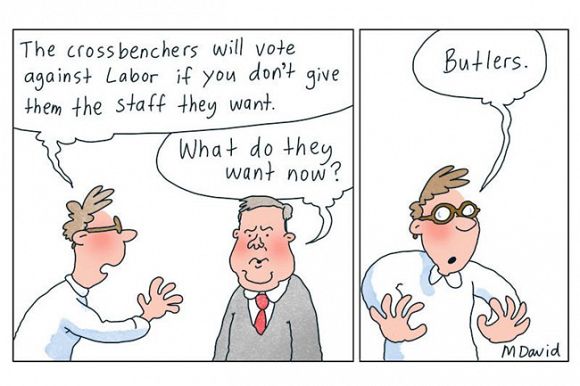 Some Independents have expressed public outrage at the proposed staff cuts by Prime Minister Anthony Albanese.

While that is not a clean three-way split and Labor can pass legislation without the assistance of non-Labor MPs, most of us who followed the election campaign recall some of the impressive things Anthony Albanese and his ministers said during the campaign. One of the most memorable to me was the new Prime Minister’s undertaking to “do politics differently”.

Setting aside issues of competence and integrity, after the appalling experience of the past nine years, especially under the hyper-adversarial politics of Tony Abbott and Scott Morrison, doing politics differently is an idea that has plenty of appeal.

A part of that idea is that numbers aren’t everything. Morrison treated the Parliament as a nuisance because members wanted to speak and he knew if they spoke they would draw attention to the incompetence and corruption that prevailed in his administration. To stop that happening, his Leaders of the House, MP Christian Porter followed by Opposition Leader Peter Dutton, routinely moved that the “Member no longer be heard”, which they could do because they had the numbers and used them ruthlessly.

Thinking back over the election campaign and the years before it began, it was widely recognised, certainly on these pages, that the mainstream media, including the ABC, was largely a cheer squad for the Morrison Government. The Morrison narrative dominated the press and the airwaves other than in independent outlets like IA and on Twitter.

Alternative narratives were also given a voice by the six Independent candidates whose campaigns were kick-started by an injection of money from Simon Holmes à Court’s Climate 200. In addition to the existing Independents, Helen Haines and Zali Steggall, they stood in Liberal Party heartland seats in Sydney, Melbourne and Perth and won them all.

In doing so, they were accorded plenty of media coverage which they used to shatter the Morrison narrative with their articulate advocacy on policies covering energy, climate, corruption, gender equity and the economy. 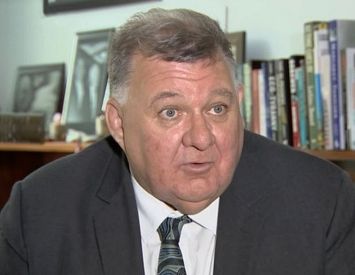 In the wash-up, Labor won an outright majority of seats and can govern without assistance on the numbers, but it would be foolish for Labor to think it won the Election on its own. The contribution of the teal Independents boldly fragmented the Morrison marketing narrative and turned the mood of the electorate as a whole. Albanese’s Labor Party, which ran a relatively meek small-target election strategy, was the principal beneficiary of their boldness.

One message that was hard to get across with an unyielding mainstream media was that Anthony Albanese is a politician with many years of experience which included Leader of the House and Infrastructure Minister in the Gillard Government. Journalists simply recited the false Morrison characterisation of him as “untested”. He was also regarded as a competent negotiator whose skills in that field helped Julia Gillard get things done.

Gillard herself was an outstanding negotiator whose principal attribute was her ability to earn the trust of those with whom she negotiated. That was best exemplified in her winning the support of the Independents in the House whose credentials would have normally had them siding with Abbott to form a minority Liberal government. But they went with Gillard because they didn’t trust Abbott and they did trust Gillard. We know this because they said so.

Trust is now the issue with respect to Anthony Albanese and his relationship with the teal and other Independents in a news story that broke late on Friday. It centred around a letter that was sent to all Independents and small parties in the House and Senate. It explained that they could retain the four electorate staff who undertook pastoral and local work with constituents, but their higher-level parliamentary staff allocation was to be reduced by 75% from four to one staff member. 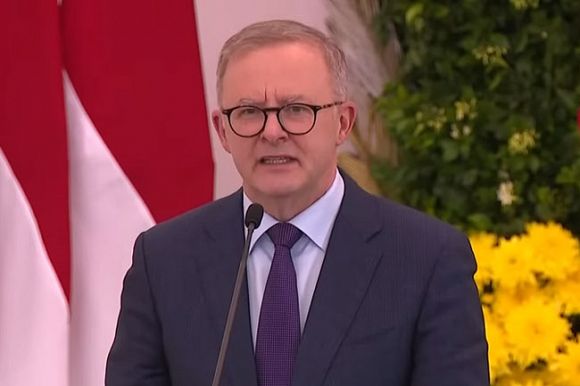 The Labor Government faces issues that it must confront quickly or risk one term with Peter Dutton as Prime Minister in 2025.

Without joining the discussion and pontificating on how many parliamentary staff members are needed by an Independent, writing in The Conversation here is what Tim Payne, who was a chief of staff to the late Independent Peter Andren, says on the matter:

...every Independent MP needs to form their own position on every piece of legislation, amendment, division, motion and matter of public importance, and every report tabled in parliament.

Major party backbenchers, by contrast, generally have the luxury of relying on the policy, legislative and tactical advice provided by their party machines.

Labor is proposing a 75% cut in independent MPs’ higher-level staff. These are the people who often hold degrees in law, politics, economics, finance, public policy, communications and public relations and provide the MPs with vital support.

The issue that has arisen is one that goes directly to trustworthiness, a quality hard won and easily lost.

It seems the letter sent to the Independent MPs set out the staffing allocations and included an “invitation to discuss”. Without being overly cynical, to anyone who has worked in a hierarchical organisation, a letter like that from on high signifies an accomplished fact. You contest it in vain. People know that good-faith negotiations aren’t conducted by an edict in writing.

The proper order is to first engage in face-to-face discussion. On the table might be workload issues, skills required and the need to find savings. The result might involve compromises and work-around solutions, but the participants would come out of the discussion having talked matters through rather than having a decision dropped on them from above.

The treatment of Julia Gillard and her Government should give us all pause to look at the wider issues at play, says Anna Sande, explaining what this sordid period says about "modern Australia".

As with Gillard, by doing things in that order, trust would be preserved.

By Tuesday, the issue had developed a head of steam because journalists had seen the key ingredients of a good story — conflict and irony. Conflict because there was red-hot anger at the 75% reduction in the expected staff allocation and irony because the political party that rightly prides itself on its capacity to negotiate had fallen on the first negotiating hurdle.

The media tempted some Independents to speak their minds and some spoke unwisely, suggesting they would vote against government legislation and would stand in Labor seats next election. Both these matters might contain a germ of truth in that an MP without the direction of a party machine who also does not have the resources to digest the material required to cast an informed vote could well vote in the negative or abstain.

And everyone knows that strong Independents like the teals could inspire others to follow their example in Labor seats — and win them.

This piece assumes Anthony Albanese did not intend to lose the trust of the Independents, nor did he intend to sacrifice precious political capital pointlessly and unnecessarily. That assumption is made because there is no other reason to disbelieve what he meant when he promised to “do politics differently”.

The test now is for the PM to return from overseas and restore as much of the lost trust as possible leading into the first parliamentary sitting period of his new Government.

29 June 2022, 4:00pm Anthony Albanese has made a mistake by proposing the cutting of Independent MP ...
Join the conversation
comments powered by Disqus
News updates