A Victorian Police Royal Commission has revealed that use of gangland lawyer Nicola Gobbo as an informant may have contaminated numerous convictions. Contributing editor-at-large Tess Lawrence reports.

IT IS VICTORIA’S SECRET, but one of our dirty little open secrets in a state that is now synonymous with systemic police corruption and criminal conduct.

We know about Nicola Gobbo, aka Lawyer X, star of the Royal Commission held in her dishonour, your Honour.

The now-disgraced X-rated former gangland barrister betrayed the Court, betrayed her profession and its ethics, betrayed her clients, the wider community and ultimately herself when she became a prodigious double-agent during the years 1995–2009, a registered police informant of industrial strength. A spy. A police pimp.

She’s been slut-shamed and portrayed as a gangster moll, even before the Royal Commission into the Management of Police Informants got underway.

She was consorting with both enemy camps. Double-dipping. Batting for both sides.

Gobbo clearly enjoyed the celebrity status of being a gangland lawyer for some of our more notorious underworld figures.

Blonde curtain of hair falls seductively over one eye

She has an imposing physical presence, with a blonde curtain of hair invariably falling seductively over one side of her face, film noir style, like Veronica Lake.

She dressed to thrill. Killer deals in killer heels, sharp as a stiletto.

Buxom and with a proud cleavage, her police informer number, 3838, is said to reflect her body measurements.

She clearly courted and enjoyed media attention. Still does. It was a two-way street. Still is. She’s a compelling interview subject. For the Royal Commission. For media.

Walking to and from the courts with her “boys”, she would confidently stride the legal catwalk like a seasoned fashion model, her tall frame flanking and herding her clients up and down steps in a seemingly protective manner.

All the while, she was cheating on them, despite defending them in court, informing on them to the very police prosecuting them. Pocketing their fees. Criminal lawyers are paid big money and it’s curious how many big-name crims succeed in securing Legal Aid.

Gobbo was poison laced with honey. A con woman who outwitted her own clients, who stole from justice and pilfered the sacred privilege between lawyer and client, prostituting her profession and her obligations to the Court.

She and the police alike treated gangland figures and her clients like lab rats, toying with them, virtually deciding who would go to gaol, who wouldn’t and even who might die in prison where these gangland figures were trapped within other prison walls of their own making, where they were vulnerable to payback, being knifed with a shivvie or bludgeoned to death. Ergo Carl Williams. Tony Mokbel is lucky to be alive given the brutal attempt on his life.

Gobbo wore a wig better than her client Tony Mokbel

Her appearance and attire invariably triggered more speculation than some of her clients. As a barrister, for sure she wore a wig better than one of them — Tony Mokbel.

When he absconded from Australia and was arrested in Greece, Mokbel was caught wearing a seriously awful synthetic wig that looked as if he’d bought it in a two-dollar shop. It was a dead giveaway as a disguise, causing great mirth and ridicule to this very day, a prime exhibit now a trophy scalp in the Victoria Police Museum.

But any public opprobrium of Gobbo’s tawdry misconduct is surely outweighed by the squalid misconduct of Victoria Police rank and file, in particular the Purana Taskforce, ostensibly charged with investigating gangland wars and killings.

Instead, Purana went rogue. Victoria Police has lost the trust and confidence of Victorians. And it is preposterous to argue that senior police and police commissioners and police executives were not fully aware of the situation — then and now.

Whilst Gobbo’s behaviour was one thing, the perverting of the course of justice by Victoria Police was quite another. Gobbo was outnumbered by the hundreds of Victoria Police involved in this squalid conspiracy of deception, viral with conflicts of interest. 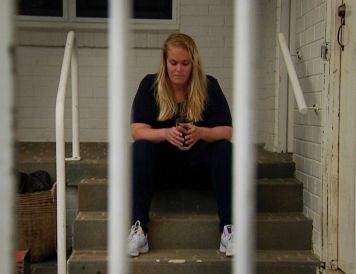 Beyond the gate: Former female prisoners failed by system

Other lawyers were police informants — out them

The Royal Commission’s brief, seemingly tailor-made for Gobbo, actually refers to “informants” and not a single informant. So why weren’t other lawyers, who were also police informants and squealed on their clients, forced to front the Royal Commission? They need to be outed.

It is common knowledge that many more barristers and solicitors, court staff and Department of Justice personnel were recruited as informants for Victoria Police and/or improperly disclosed information, copies and access to privileged documents.

Why is Nicola Gobbo being made the scapegoat for all these other police informants and her legal equals in this matter? Why should she alone be made to carry the ignominy of Victoria Police’s turgid mess?

Why should Gobbo be the scapegoat — who decided that?

Gobbo is clearly more than a good actor. She’s fooled some of the hardest men in organised crime. But the other barristers and solicitors ought to be named and shamed as well and most certainly brought before the courts.

...Victoria Police’s use of other human sources with legal obligations of confidentiality or privilege.

That the Victorian Government, within three months, appoints a suitably qualified and independent person to review the 11 Victoria Police human source files subject to a claim of public interest immunity. The appointed person should have full and unfettered access to the human source files and report to the Attorney-General, the Minister for Police and the Chief Commissioner of Victoria Police on whether:

The community might question the need to scrutinise and denounce seemingly effective intelligence-gathering by the police. The fact that Victoria Police was able, with Ms Gobbo’s assistance, to secure convictions against people accused of committing serious violent and drug-related offences could be seen as a positive outcome for the community.

That view, while understandable, overlooks the far-reaching and detrimental consequences of the conduct of Ms Gobbo and Victoria Police. During the Commission’s inquiry, two of Ms Gobbo’s former clients had their convictions overturned. Both had been deprived of their liberty, spending many years in prison after unfair trials.

Numerous other people are seeking to appeal their convictions. There have been many court proceedings and inquiries at great public expense and there are likely to be more.

These events have put at risk the integrity of the criminal justice system, harmed the reputation of the legal profession and diminished public confidence in Victoria Police.

Note that Her Honour refers to “current Victoria Police Officers”. What a relief for we, the people. Many of the police who participated in this “human sources” calumny are still around, some of them in hierarchical positions, of course, whose curricula vitae are unlikely to refer to their involvement with Gobbo — or other lawyer informants. 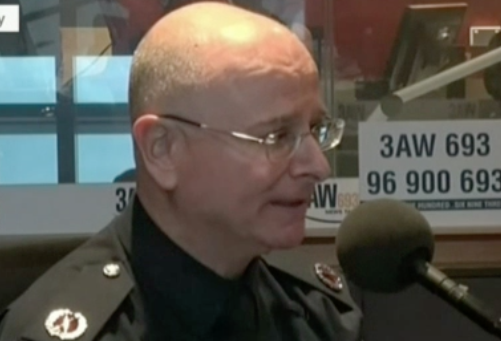 John Passant has serious questions he would like answered by Vic Police, amid the resignation of its Assistant Commissioner Brett Guerin.

Victoria Police members need to be outed, too

It is Victoria Police and successive governments who have allowed these legally indecent practices to remain unchallenged and pollute our legal system.

As a result, numerous convictions of drug lords and gangland criminals are now, quite rightly, deemed to be as a result of an unsafe verdict.

We all have the right to be treated equally by the law regardless if one is a convicted criminal or not. Because many of these cases were perverted by the lies of Gobbo and Victoria Police, all such prisoners should have the right to recourse, redress and compensation, damages et al, cases dismissed and convictions appealed.

Already that process has started. First cab off the rank in July was Faruk Orman, who had a murder conviction thrown out because of the Lawyer X scandal.

A couple of months ago, Ziate Cvetanovski had a conviction for drug trafficking quashed after the court heard Nicola Gobbo had persuaded a drug cook to incriminate Cvetanovski.

Salvatore Agresta, famously sentenced to 12 years in prison for importing ecstasy tablets from Italy in tomato tins, was freed on bail by Victoria’s Court of Appeal while he appeals that 2007 conviction.

Mere days ago, Victoria’s Court of Appeal quashed Tony Mokbel’s conviction for importing cocaine because of the Lawyer X scandal.

There are reports that Mokbel may be entitled to seek damages for assets wrongfully seized.

The reality is, it is not the criminals who are at fault, but Victoria Police and their instrument, Nicola Gobbo. The relationship between the two parties was more parasitic than symbiotic and further complicated by incestuous intimacy, Gobbo’s neediness and VicPol’s repugnant misdemeanours.

Also, if one reads the Commission’s full report, submissions, evidence and statements, there appears to be a testosterone-fuelled underbelly of misogyny in VicPol’s treatment and bullying of Gobbo; a cruel enjoyment of the kind that pokes a stick into a caged animal.

There are thousands of cases and convictions that are now unsafe and under threat.

We have Victoria Police and its leadership to thank for this debacle.

Perhaps even more than COVID-19, the police informants scandal will bleed our coffers dry. There will be – and should be – millions of dollars in payouts.

State Premier Dan Andrews, VicPol and the Police Association need to be held to account. Heads need to roll.

And lawyers Y, Z, L, M, N, O and P need to meet we people in Court alongside their VicPol spymasters.