I am an Australian man in his forties. I had a very average middle-class upbringing. I played footy, rode my bike, and did all of the things a normal kid growing up in the 70's and 80's did. And I loved Rolf Harris.

My early memories were watching you on the black and white TV, painting pictures and telling yarns, surrounded by kids. You used a big square brush that was meant for painting a house. You were somehow able to use the corner, the edge, and generally manoeuvre the cumbersome brush to produce pictures that took my breath away. I couldn't even tell what it was going to be until you were almost finished. You'd ask: "Can you tell what it is yet?" as you dabbed and poked at the canvas. It was like magic.

Then there was the music.

The first time I heard Two Little Boys I cried.

It's beautiful, and you captured it perfectly.

You could also write your own songs, like Tie Me Kangaroo Down Sport and Sun Arise. Wow, what talent.

One of the first albums I owned was called RH Positive. It was you singing some light hearted classics. The Court of King Caractacus was on high rotation at my place. I memorised the whole thing. You also did Along the Road to Gundagai, The Wild Colonial Boy and Botany Bay on that album. You added your own bits and pieces to each song which invariably made them better. You were amazing. You had even invented your own musical instrument; the wobble board.

My other childhood memories of you were just as awesome. The British Paints ads, which you would always finish with the little drum roll on the can and say:

Of course I practiced the little drum roll until I could do it too. I still can't help myself every time I pick up a can of paint. The Rolf Harris episode of The Goodies is a classic and seeing you perform at Royal Command Performances (do they still have those?) also sticks in my mind.

A few years later I was absolutely blown away to discover that you were once the WA state champion in the 200m backstroke — a champion sportsman too!

In your later years, I can recall watching as Andrew Denton interviewed you on his wonderful series Enough Rope. As usual, you gave a consummate performance and I was spellbound.

You cried as you spoke of your love for your mum and the relationship with your dad. They showed a clip from 1979 of you performing Bold Gendarmes with your elderly dad on stage. How I wished I had such an open and honest relationship with my own dad. I remember Andrew Denton describing you as "the other side of cool" at the end of that show, and that is exactly how I, and countless others felt.

All the while, you were molesting, groping and assaulting young girls for your own perverse pleasure. You showed no regard for their lives, their feelings, their future, or their families. You took from them their innocence, their ability to trust, and their right to live freely and happily. They trusted you Rolf, just as I did. But you betrayed that trust over selfish moments of sexual gratification.

You have killed a little piece of magic from my childhood. 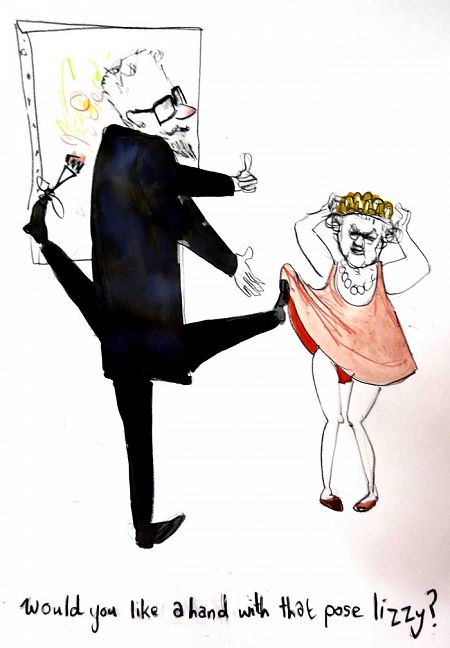