Rigid hospital policy and the pandemic are pushing mothers of bottom-first babies toward the operating table in Australia, writes Anna Cusack.

*SIMONE WOKE with labour pains and headed to her local hospital. At seven centimetres dilated, without need for pain relief or even the smallest blip on the monitor that she and her baby were connected to, Simone was wheeled into the operating theatre for an emergency caesarean section.

The emergency? A baby who chose to enter the world bottom first, rather than head first, was arriving in a regional hospital that stipulated all breech babies must be born by caesarean section.

“I was feeling great through labour. I believed I could [birth my baby naturally], but they wouldn’t even let me try. In the city, in a big hospital, I don’t think I would have needed an operation to get my baby out.”

Simone’s story is all too familiar to mothers and parents of breech babies Australia-wide. According to the Australian Institute of Health and Welfare’s (AIHW) most recent Australia’s mothers and babies report, 4.1% of babies born in 2019 were presenting as breech (that is, with their buttocks, feet or knees closest to the birth canal) at full term. Of these, 91.3% were born via caesarean section.

Vaginal birth is certainly not for everyone. Babies presenting shoulder first or lying sideways (transverse breech), for example, are not likely to make their way out of the womb without surgical intervention. Conversely, healthy pregnant patients who have a healthy, bottom-presenting baby estimated to weigh 2.5-4 kilograms may be considered good candidates for vaginal birth.

Still, even when such criteria are met, accessing supportive care is a major barrier for those seeking a natural breech birth.

While this study’s methodology and findings have been widely criticised, 22 years later its effect on obstetric practice remains keenly felt by those approaching birth.

I find these stats extremely concerning. I myself was being pushed for a section but for our absolute luck that the doctor on shift is an expert in breech births. I am a second time mom and knew how to fight my corner.

I can only imagine the terror first time moms are facing. https://t.co/cbYOq9Uc1F

The rise of social media has seen renewed interest in breech birth among some women and parents. Newcastle-based mum *Mel recalls a woman approaching her at a farmers market.

“She recognised me from photos of my birth through the breech clinic at John Hunter Hospital. She recounted her birth story with such joy. It had obviously been an incredibly empowering experience for her.”

The woman explained her baby had been breech too and her private obstetrician would not support her desire for a vaginal birth. The images Mel's birth photographer had shared online had given her the courage to leave her obstetrician and birth with a team who saw breech birth as simply a variation of normal.

As has occurred with many specialty maternity services during the pandemic, John Hunter’s highly respected birth clinic was disbanded. Without a streamlined care pathway, patients like Kylie were left in limbo, their antenatal appointments juggled week-to-week between practitioners with varying commitments to vaginal breech birth.

*Kylie tells IA “a midwife at another hospital recommended I go to the John — that I’d be in good hands there". On arrival, the attending doctor told her that vaginal breech birth was “a stupid and dangerous idea” and asked why she would “risk her baby’s life for her own selfish reasons”. Later, the same doctor told Kylie she was “not allowed to leave” until her caesarean was scheduled.

“He stood over me until the papers were signed. I was and am heartbroken regarding the way I was treated.”

Not all breech presentations are discovered ahead of time. *Rosie’s second baby arrived bottom first unexpectedly in December of last year. Head down for much of the pregnancy, her baby had changed his position, unbeknown to Rosie, in the final days before birth.

After labouring at home, Rosie only learned that her son was breech on arrival at her regional hospital’s maternity ward — a mere five minutes before he was born.

“I’m really grateful for the experience I had because if the breech had been diagnosed, I would have been set on such a different path. Knowing his position would have put me between a rock and a hard place, so to speak.”

Pregnant patients with a known breech baby at term are routinely offered an external cephalic version (ECV) around 37 weeks. During an ECV, the care provider – usually an obstetrician – places their hands on the pregnant belly and attempts to manually turn the baby from a breech position to a head-down (cephalic) one.

This procedure yields a 40-60% success rate but can be painful. When the manoeuvre is unsuccessful, regional-based mothers and parents are given two choices: book a local caesarean section, or move temporarily to the city, closer to a major hospital.

If both options are unacceptable, there are few alternatives for supportive antenatal and birth care. Many turn to independent homebirth midwives only to learn that these highly skilled professionals risk losing their registration for attending known breech births. With other care options exhausted, some patients turn to unregistered birth attendants or elect to birth unassisted — a scenario that while an empowering experience for some, comes with its own potential dangers.

Birth and maternal health advocates argue such drastic measures could be avoided by allowing pregnant women and people to make their own risk assessments, rather than making decisions on their behalf. 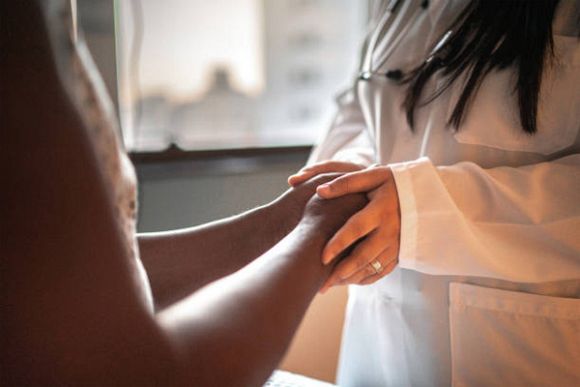 “If patients feel unsupported in the birth system, they will disengage from it. By railroading people into caesarean sections in the hope of reducing their own litigation risk, care providers are actually pushing families away from safe care and putting more babies at risk.”

Those risk rates are worth considering. For every ten attempted vaginal breech births, three to four will end in caesarean section. While this may sound unacceptable to some, the overall caesarean section rate in Australia currently stands at the comparable rate of 36%.

“Some will look at those statistics and choose a caesarean every day of the week, others will want to birth vaginally. But it is not the care provider growing, birthing and raising this baby. It is the patient’s body, their baby and ultimately, any birth choices should be theirs to make, not their doctor’s.”

Experts conclude the way forward is to: create a culture of confidence around breech birth; train dedicated breech teams; position midwives rather than obstetricians as those responsible for counselling parents through their decision making — ultimately, to respect patients’ final choices.

Simone is hopeful these changes will come, even though it is too late for her personally to reap the benefits.

“I can’t help but feel a policy, rather than an actual problem, robbed me of the opportunity of birthing naturally. I won’t be the last to have a breech baby outside the city and I want those who come after me to have choices I didn’t.”

* Name has been changed and/or surnames omitted for reasons of privacy.