SUBSCRIBE   DONATE LOGIN SHOP
SUBSCRIBE   DONATE
How we prevented a Morrison dictatorship
How Howard screwed the Libs
U.S. site tries to ruin what makes fairy bread great
Bloody Idiot of the Week — Episode 28: Get used to it
Morrison's 'politics of retribution'
Music

This week music maven John Turnbull listens to some melodic metal, a helping of socially aware electronica, and a slice of sad-sack rock. Here’s to new music! 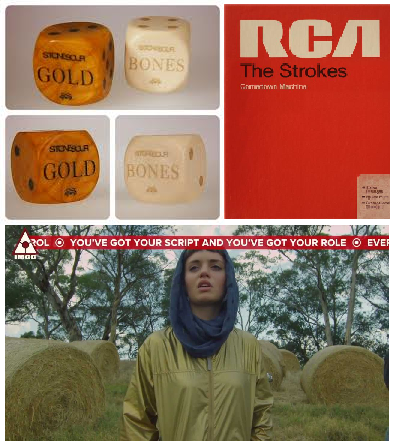 Based on my experience at Soundwave, I can confidently say that Stone Sour are a great live band. Unfortunately, this doesn’t guarantee that every album is going to be a winner, particularly when the album you’re talking about is the second half of a double album. As Guns ‘n Roses proved with Use Your Illusion parts I and II, even the best hard rock outfit can fall victim to massive excess, drug addiction and unnecessary piano solos.

Still, this is the band that wrote songs like Bother and ZZyzx Road — both subtle, well written tracks that defy the label of power ballad. Singer Corey Taylor (also of angry masked men Slipknot) was also responsible for the classic Through Glass — one of the few metal songs that non-metalheads can appreciate.

Part one of House of Gold and Bones was a good album, but an indefinable something stopped it from being great. Standout tracks included Gone Soveriegn, Absolute Zero and The Travelers — the first two tracks apparently written to be played back to back.

Part Two leads with the single Do Me a Favour, a typically heavy number with a groovy swing that keeps the track moving, accompanied by a classic metal film clip. Animated in a rotoscoping style (similar to the Ralph Bakshi version of Lord of the Rings crossed with Sin City) the clip features evil priests, dream sequences and a horde of zombies — what more could you want?

Sample lyric: There’s a side of you that knows you’re a failure, lives for the danger (Do Me a Favour).

Verdict: 7/10 — may increase by half a point on repeat listens.

SNOG — Everything is Under Control

Who are SNOG? It’s not an immediately easy question to answer. If you look at their MySpace page (yes, MySpace still exists) or their official website you might think SNOG are a trio of attractive ladies with cool tattoos.

When you watch the video for new single Everything is Under Control, however, you get the distinct impression that SNOG might a bunch of skinny, electronica beardy weirdy types, led by one attractive lady with cool tattoos. As with most interesting stories, the truth is somewhere in between.

Image issues aside, the single is a catchy number with some clever lyrics about media manipulation and the nature of truth. It will probably never be a number one hit, but then again most number one hits these days tend to suck so that’s not necessarily a bad thing. The film clip is odd to say the least, with shots of aforementioned beardy weirdies intercut with repeated scenes of spanking. Based on this it’s probably best not to watch this at work, particularly if you work at a company sympathetic to beardy weirdies but not to consensual spanking (which is probably everywhere at this point).

SNOG have a new album coming out any day now, and on the strength of Everything is Under Control, I just might give it a listen. (You can see SNOG's fairly extensive back catalogue here.)

I think I used to like The Strokes, but I’m not really sure why at this point. After listening to Comedown Machine (an apt title if I’ve ever heard on) I went back and re-listened to Is This It?, their much lauded debut album. While there are a couple of good riffs (Last Night, Hard to Explain) and some clever lyrics (Alone Together, New York City Cops, a song removed from the U.S. version of the album following 9/11) the album is let down by one thing — lead singer Julian Casablancas wants everyone to think that he doesn’t give a fuck.

While genuinely not giving a fuck can sometimes be a good thing (see Johnny Cash, Pete Doherty) the problem with Mr Casablancas is that he is constantly trying really hard to look like he doesn’t give a fuck. He desperately wants you to know that he doesn’t care about enunciating his words. He doesn’t care about singing in time with the music. I’m sure he spends at least an hour a day not doing his hair.

First single All The Time illustrates this point perfectly.

It’s not a terrible song by any means, but you get the impression that it could be a lot better if someone else was singing. 50/50 is another good example — starting out with a great riff and rocking rhythm before going steadily downhill after the singing starts.

Best track: Welcome to Japan — do I detect a hint of effort there, Julian?

Sample lyric: Didn’t really know this, what kind of asshole drives a Lotus? (Welcome to Japan)