Climate polluter Woodside is building its business strategy around the absurd notion that the very thing driving the climate crisis should continue as part of the emergency response, writes David Ritter.

THIS WEEK a group of executives, politicians, lawyers and others met in Brisbane to discuss how to increase human suffering and accelerate the destruction of the natural world.

The event was the 59th annual conference and exhibition of the Australian Petroleum Production and Exploration Association (APPEA), which is the peak national body for Australia’s upstream oil and gas exploration and production industry.

The world’s top experts have called time on the oil and gas industry because it is one of the main drivers of climate change. According to the IPCC, if we are to have any hope of achieving the internationally-agreed Paris climate goal to limit global heating to 1.5°C, existing fossil fuel infrastructure cannot be fully utilised.

The International Energy Agency (IEA) has indicated that there should be no new oil and gas fields opened up (from 2021 onwards). Scientists have warned that humanity faces ‘untold suffering’ if we do not begin reducing greenhouse gas emissions at emergency speed and scale. 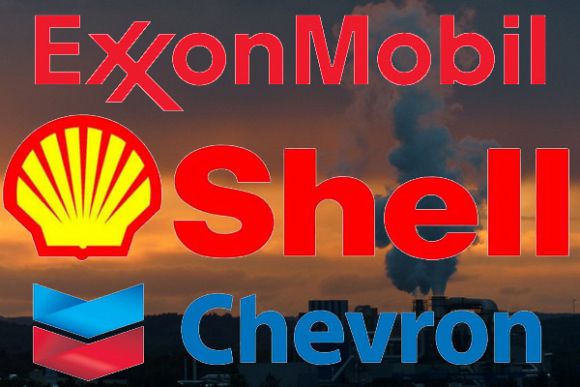 Accordingly, the objective of APPEA should now be the permanent winding up of these industries at rates compatible with the internationally-agreed Paris climate goals, whilst individual oil and gas corporations should now be engaged in rapid transition planning.

Heavy focus should be on developing business strategies to pivot to new products and revenue streams as quickly as possible — most obviously in the renewable energy sector.

Instead, most of the participants at the APPEA conference (many of whom presumably must have children who may one day ask what their parents did during the years of breaking climate emergency, the years that really mattered to humanity) would appear to be intent on continuing to perpetrate the wrongdoing of oil and gas exploration and expansion.

And so it is that Meg O’Neill, chief executive officer of Woodside fronted the APPEA shindig this week and claimed that "the imperative to decarbonise is as strong as it's ever been". This is the same Woodside that was recently singled out by the world’s largest investor engagement initiative on climate change as among the worst performers in Australia and globally.

Already one of Australia’s top ten biggest climate polluters, Woodside is currently seeking to develop the Burrup Hub — which not only poses huge threats to ocean wildlife but is the most greenhouse gas-polluting infrastructure project currently being pushed forward anywhere in the country. 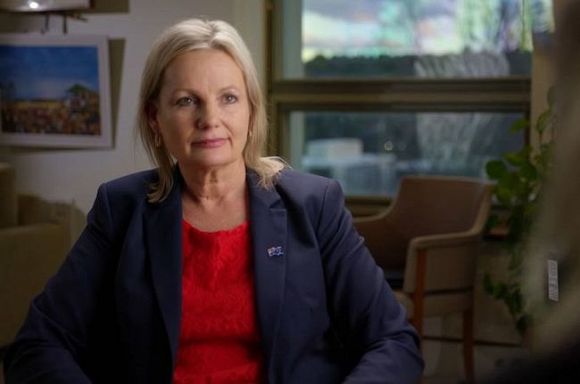 If a precedent is set, allowing Woodside Energy to improperly dispose of a poorly maintained, toxic oil-rig, Australians may lose the chance to protect wild places like the Ningaloo Coast.

It is difficult to overstate the immorality of such schemes at this stage of the game. Woodside is in self-serving denial of our reality, building a whole future business strategy around the absurd notion that the very thing that is driving the climate emergency should continue as part of the response to the emergency.

During the Vietnam War, a famous sign noted that 'bombing for peace’ was as logical as 'fucking for virginity'. Burning fossil fuels to fight climate change is in the same category of visceral ludicrousness.

As it happens, Woodside’s rationalisations will come under renewed focus at the company’s annual general meeting this week. Already, proxy advisory firm Glass Lewis has advised of its recommendation to shareholders to vote down Woodside's climate report as lacking sufficient substance. The Australasian Centre for Corporate Responsibility (ACCR) has made a similar recommendation.

United Nations Secretary-General, António Guterres said this year that ‘investing in new fossil fuels infrastructure is moral and economic madness’. In Woodside’s case, it is the insanity of the sociopath — high functioning, disturbingly plausible, blending in with the status quo as if there is nothing to be seen here.

But the bodies are piling up. Every fraction of a degree of temperature increase will have an impact that can be measured in terms of human mortality and the extinction of species — and every big polluter is knowingly culpable for this reality.

Rather than doubling down on expanding gas and oil production projects, Woodside should be re-directing capital allocation to ensure alignment with the Paris Agreement.

This would mean discontinuing all currently intended fossil fuel expansion and shifting to address the world’s growing renewable energy needs.