Why do people distrust science? Why do some of us reject consensus on a whole range of scientific findings? As Professor Stephan Lewandowsky explains, it often comes down to the way we look at the world. 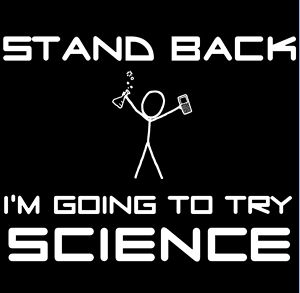 What does Albert Einstein’s theory of general relativity have to do with the human papillomavirus vaccine (HPV)?

What does acid rain have to do with the fact tobacco smoking causes lung cancer?

What does Reye’s syndrome have in common with the CFCs that caused the hole in the ozone layer?

And what do all those issues have to do with the fact our climate is rapidly changing due to human greenhouse gas emissions?

The answer is that in all those cases, solid scientific evidence was met with vociferous opposition.

The historical evidence is overwhelming that some of that opposition has been organised by vested interests, often successfully delaying political and regulatory action that posed a perceived threat to corporate profits. The peer-reviewed literature has clearly identified the subterfuge, distortion and manufacture of doubt with which vested interests delayed the control of tobacco, CFCs and sulphur emissions.

Even relatively small threats to profits can cause vested interests to spring into obfuscatory action as is revealed by the case involving the makers of aspirin. Aspirin consumption by children with viral illnesses increases the risk of Reye’s syndrome — fatal in one third of all patients — by 4,000%.

When this evidence became known, the aspirin industry geared up a counter-campaign that delayed the introduction of simple warning labels on their products about the risk of Reye’s syndrome by more than five years.

Before the warning labels became mandatory in the US, some 500 cases were reported annually; today, less than a handful of cases are reported each year.

The unnecessary death toll is readily obtained by multiplication.

The death toll from inaction on climate change, currently estimated by the World Health Organisation to be at 150,000 annually, is incomparably greater. Sadly, this is set to rise further in light of the organised manufacture of doubt by vested interests and their enablers in the media.

Much has been written about those “merchants of doubt” and the mendacious media malpractice, which has created a chimerical public “debate” about issues were long ago resolved in the scientific literature.

However, although those powerful factors must not be underestimated, they are only part of the story and two other issues must be considered.

First, organised opposition to science can arise for reasons other than a perceived threat to corporate profits.

Second, forestalling political action requires more than just organised opposition to scientific evidence — that opposition must also fall on fertile ground in the public. No disinformation campaign can succeed without a “market” of consumers willing to buy into it. So what makes average citizens receptive to such a campaign?

To illustrate the first point, examination of the opposition to Einstein’s theory of relativity reveals no obvious involvement of financial interests (which is not to minimise a political component involving nationalism and anti-semitism).

Intriguingly, a primary factor behind the opposition to Einstein within the scientific community arguably arose out of the thwarted career aspirations of physicists unable to cope with his revolutionary ideas.

Relativity threatened the “knowledge systems” of Einstein’s opponents; dearly-held ideas such as the ephemeral “ether” presumed to occupy outer space or the invariance of time were destined for the dustbin if relativity proved to be correct — as of course it has. Those threats were sufficient for Einstein’s scientific opponents to hold a rambunctious rally in Berlin’s Philharmonic Hall during which he was denounced as a fraud.

Threat is the key word here. Threats to financial interests. Threats to one’s career or to one’s ability to keep pace with rapidly-evolving revolutionary knowledge.

The notion of threat is key to understanding the rejection of evidence; whether it’s by vested interests, by mediocre scientists fearful of becoming outdated, or by the public at large when confronted by inconvenient science.

The public can feel threatened by scientific issues at many levels and for many reasons.

Perhaps most relevant to present public debate are threats to people’s “worldviews” – the very fundamental beliefs people hold about how the world should be organised.

Hierarchical-individualistic people (HI from here on) believe rights, duties, goods, and offices should be distributed differentially and on the basis of people’s own decisions without collective interference or assistance.

Egalitarian-communitarian (EC) people, by contrast, believe rights and goods should be distributed more equally and society should bear partial responsibility for securing the conditions of individual flourishing.

Like all binary classifications, the distinction between HI and EC worldviews lacks nuance and oversimplifies the complexity of human worldviews. Nonetheless, the distinction is extremely powerful and permits prediction of people’s attitudes towards numerous scientific issues.

Because implicit in the message we get from climate science is the need to alter the way we currently do business. The spectre of regulation looms large, and so does the (imaginary) World Government or other interventions — such as multilateral agreements — that are anathema to the notion that individuals, not governments or societies, determine their own fate.

To manage that threat to an HI worldview, the fundamental laws of physics underlying climate science must be denied. The greenhouse properties of CO₂ may have been known for 150 years, but those indubitable physical facts cannot compete with the need to protect free enterprise from the threats posed by socialism, communism, Nazism, Green “watermelons”, a corrupt IPCC, Greenpeace, the all-powerful solar-energy lobby, to name but a few of the imaginary monsters and enemies that are awakened by the peer-reviewed evidence.

Lest one think it is only climate change that elicits such emotion and seemingly irrational behaviour, similar effects arise with issues such as mandatory HPV vaccinations.

Although at first glance one might think protecting young women from cervical cancer is a worthwhile goal, HPV vaccinations have turned into an emotive and highly-politicised issue.

Because mandatory vaccinations give control to the state over parental decisions. Because the protection afforded by the vaccine may encourage young women to engage in sex. The resulting perceived threat to an HI worldview outweighs, for those individuals, the threat posed by cervical cancer itself.

Worldview is crucial to understanding people’s risk perception. And it is not only HI individuals who respond to threats to their worldviews; for EC individuals there are mirror images involving nuclear power or nanotechnology.

It is revealing to analyse how far people are prepared to go when they are exposed to belief-threatening scientific evidence. In one study, people dismissed the scientific method itself when confronted with threatening information. People will rather declare that an issue cannot be resolved scientifically than accept evidence that’s in opposition to their threatened beliefs.

In light of these data it’s not surprising there can be yawning gaps between scientific knowledge and public acceptance of that knowledge. Those situations necessarily cause immense frustration to the scientific community because, after all, the scientists believe they know, whereas segments of the public seem to deny.

The historical record largely affirms that view. Relativity is true, CFCs did cause the ozone hole, HIV causes AIDS, tobacco is bad for you, and yes, greenhouse gas emissions do cause climate change.

Are there ways in which such gaps between scientific knowledge and public acceptance can be bridged?

There is much evidence that the framing of information facilitates its acceptance when it no longer threatens people’s worldview. HI individuals are more likely to accept climate science when the proposed solution involves nuclear power than when it involves emission cuts.

Similarly, the messenger matters. HPV vaccination is more likely to be found acceptable by HI individuals if arguments in its favour are presented by someone clearly identified as hierarchical-individualistic.

Conversely, acceptance of HPV vaccination collapses if the exact same information is presented by a bearded, latte-sipping academic with long hair and short pants. Arnold Schwarzenegger’s strong support for action against climate change is thus of considerable import.

Luckily – and somewhat ironically – science has some of the best tools needed to understand why people sometimes resist science.

(This story was originally published on The Conversation on 11 November 2011 and has been republished under a Creative Commons licence.)

This is the sixth part of The Conversation's 'State of Science' series. To read the other instalments, follow the links below.