Dr Ted Christie explains how it is possible to channel the public protest and angry confrontation of an environmental dispute – such as over CSG extraction or water rights – positively, to ensure a good result for all parties. 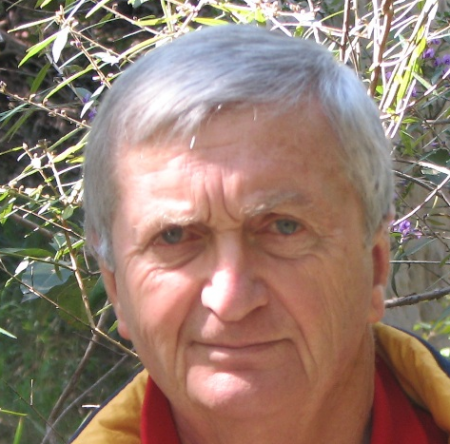 ‘…is to provide an environment where all people enjoy the same degree of protection from environmental and health hazards and equal access to the decision-making process to maintain a healthy environment in which to live, learn, and work‘.

A feature of any public interest environmental dispute – like the uproar over the Murray-Darling Basin draft water plan – is that they are associated with issues that are both complex and controversial, and where uncertainty prevails in the best available scientific evidence. Another feature is the involvement of a large number of stakeholders having competing land use interests who all seek an outcome that satisfies their needs and concerns. These competing interests fall into three broad categories: “economic” (e.g. government, developers), “special i.e. non-economic” (e.g. environment, public health) and “community” (e.g. local, Indigenous, youth). So, it is not surprising that the protest and confrontation associated with a public interest environmental dispute can create a political firestorm for government.

In 1979, the first major forest blockade in Australian history commenced at Terania Creek in Northern New South Wales; non-violent direct action by over 200 protesters ultimately triggered off political action by the NSW Government to halt logging of the rainforest.

The 1982 campaign by the Tasmanian Wilderness Society against the construction of the Franklin Dam in South-West Tasmania is regarded as the largest and most successful non-violent direct action environmental protest in Australian history. It led to 1,440 arrests and extensive publicity and national media coverage. Non-violent direct action became the catalyst for litigation in our courts. A landmark decision by the High Court of Australia in 1983 halted the damming of the Franklin River.

Fast forward to the present time and CSG developments in Australia and we find people power in campaigns opposing CSG still relying on non-violent direct action environmental protests. For example, landholders denying CSG companies access to their farm or property by “locking the gates”. A recent non-violent protest in January this year by 45 demonstrators at Beaudesert in south-east Queensland resulted in exploratory CSG drilling from being conducted. There were nine arrests for contravening a police direction.

Compared to the 1980s, a significant difference today is that governments throughout Australia have responded to past public protests and confrontation campaigns by involving the public in resolving environmental disputes. By far the most common process used is community consultation/engagement, which is basically a two-way process of information exchangebetween Government, the developer and stakeholder interests affected by the proposed development.

In order to “consult, progress and resolve CSG-related issues”, the Queensland Government established the ‘Surat Basin Engagement Committee’ in March 2011. One analysis of the 20 member composition of this Committee commented on the imbalance in representation of all key, competing stakeholder interests on the Committee; noting that the Committee was heavily weighted in favour of economic interests with affected community interests being poorly represented. This is a significant limitation for participation as balanced representation of all competing stakeholder interests is the cornerstone of accepted principles for resolving public interest environmental disputes.

In contrast to people power in Australia – where the tactics for campaigning in public interest environmental disputes have remained largely unchanged over the past three decades – there has been a significant change in people power in the United States. The past tactics of public protest and confrontation have facilitated the introduction of a newstrategy, “environmental justice”.

Achieving environmental justice under this US-EPA strategy requires the “fair treatment” and “meaningful involvement” of all people with respect to the development, implementation, and enforcement of environmental laws, regulations, and policies, where:

However, environmental justice has not been defined and applied in Australia to support and empower communities working on solutions for local or site-specific environmental and public health issues to the same extent it has in the United States.

Instead, the pathway taken in Australia today is through adherence to community consultation, public participation and governance processes; processes created in an earlier era to address a very different set of environmental problems — where the natural and fiscal limits confronting the community today would have been unimaginable in the past.

One of Australia’s most prominent environmental regulators – and the former head of three Environmental Protection Agencies over time (the Commonwealth, Queensland and Western Australia) – made some extremely critical comments on the current environmental approval process used by governments for proposed mining developments in Australia. In the opening address to the 2011 Conference of the “Environment Institute of Australia and New Zealand”, Barry Carbon stated that the public had become alienated from the decision-making process; and that the public’s issues may not be “dealt with reasonably in their minds” in the approval process.

Using the environmental approval process in Queensland for one CSG explorer and producer as one example, Barry Carbon commented that whilst the Queensland and Commonwealth Governments had imposed 1,500 conditions on this proposal, “the proposal documents [a 12,000 page report by the CSG explorer and producer] were far too cumbersome for a realistic involvement of the community, or indeed the public officials to assess”.

One incisive observation made by Barry Carbon cannot be discounted: because of the large number of conditions imposed on CSG developments by the Queensland and Commonwealth Governments, the result may well be one of uncertainty whether all conditions will be able to be met or enforced.

Another dimension of environmental justice – the existing imbalance of power between stakeholders holding competing land use interests on CSG developments in Queensland – has been clearly identified in Pip Courtney’s observations at the Senate Inquiry in Roma in July 2011:

In these circumstances, the “fair treatment” element of environmental justice is suppressed; farmers, councils – and the community – may not have an adequate basis of power to participate effectively in the decision-making process on CSG developments in Queensland. It is as if CSG developments are based on a variation of the Golden Rule: “Whoever has the gold makes the rules”.

To mobilize people power to achieve environmental justice, any imbalance of power that makes farmers, councils and the community vulnerable to the power of the CSG industry must be offset. The primary sources of power available to stakeholders holding competing interests on CSG developments in Queensland need to be identified and then applied.

Clearly, the CSG industry has advantages in financial resources power which can be applied in many directions — scientific experts, environmental consultants, lawyers, media advertising, lobbyists and so on.

The main exercise of people power, to date, has been in the form of “knowledge power” of the potential adverse environmental impacts from CSG developments. This has almost exclusively focussed on scientific issues including – food security and the protection of all good agricultural land; sustainable water management of surface and groundwater systems; cross-contamination of aquifers though mixing clean and dirty water, or from the use of chemicals in the “fracking” process; potential public health and environmental issues associated with chemicals or chemical mixtures used in “fracking” fluids; and threatened wildlife species.

But there is an unexpected feature of the current CSG controversy in Queensland — most of the focus on “knowledge power” of the law by farming and community interests has been on consumer protection legislation, as well as legal rights and access to property agreements by CSG companies.

There are good reasons why such a misconception exists within the community. A distinguishing feature of government today is not only the growth in complex legislation, but also the growth in size of government and its very wide environmental regulatory control powers.

But, if the community have difficulty understanding the legal rights and duties contained in a complex environmental statute under which they wish to act, the rule of law is meaningless.

It is not only the community that may have problems in understanding complex environmental legislation. In Richards & Sons Pty Ltd v Ipswich City Council (1998), a distinguished Queensland judge, the Late Senior Judge Tony Skoien, described Queensland’s Environmental Protection Act this way:

“I understand that the Act is an example of an Act written in ‘plain English’. My reading of the Act for the purpose of this case convinces me the language used is not plain and whether it is entirely in English could be debated.”

The celebrated English judge, Lord Denning (1899-1999) is regarded as having left an unprecedented mark on the development of English law in the 20th century. The following statement by Lord Denning in 1979 reflects a long-held concern over the ever-increasing legislative powers of government and the challenge for lawyers to ensure government exercises its power validly in decision-making processes:

“There is always a danger for the ordinary man. It lies in the fact that all power is capable of misuse or abuse. The great problem before the Courts in the 20th century has been: In an age of increasing power, how is the law to cope with the misuse or abuse of it?”

Knowledge power of legal rights and duties and judicial review is a pathway for the community to balance power with stakeholders holding competing land use interests for CSG developments. Where power is fairly evenly balanced between all stakeholders, it enables everyone to effectively participate in resolving CSG-related issues. Effective public participation is one of the most problematic areas for resolving public interest environmental disputes.

Knowledge power of legal rights and duties and judicial review is also the foundation for people power to achieve environmental justice on CSG-related issues.

Strategic use, by the community, of this source of knowledge power does not necessarily mean more litigation. Rather, where the threat of a potential judicial review challenge is real, knowledge power acts as a catalyst for government to consider sharing its power with stakeholders holding competing land use interests to resolve CSG-related issues; where finding solutions for co-existence between all competing land use interests – not conflict – is the goal.

Continuing community non-violent protests in Queensland reflect people’s concerns about potential cumulative risks to the environment from CSG developments; the government regulator has the legislative power to provide a safe environment for everyone; any failure to counter-balance these matters in the government regulator’s decision-making processes will erode its credibility. A decline in public trust and confidence in government would follow as a consequence.