Was he speaking on behalf of the coal or oil industries? Well, not exactly.

This was the latest and strangest call from Australia's noisy little band of pro-nuclear promoters. Canavan was responding to the news that the nuclear industry has been banned from having exhibits at COP26. He complained that the Climate Summit was a ''sham'' for excluding nuclear power, a view supported by MP Ken O'Dowd.

O'Dowd said that nuclear power should be at the top of the climate agenda. Other National Party notables, David Littleproud and Bridget McKenzie, recently spoke out for nuclear power.

Like the nuclear industry worldwide, they are now taking up the cause of climate action with a vengeance. The nuclear lobby's motives are clear. First, they likely want the tax exemptions and other subsidies that come with being declared as clean and sustainable. Secondly, they need that seal of approval, the public respectability which goes with acquiring the clean and green label.

The global lobby's most persuasive argument is that a nuclear reactor's operation generates a lot of electricity, with only a minuscule production of CO2. 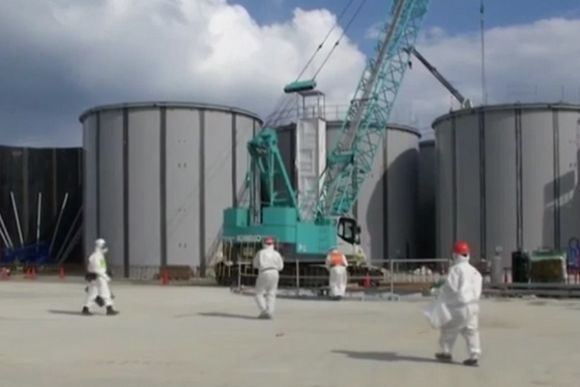 While Japan faces international backlash over its decision to dump contaminated wastewater, Australia remains quiet due to its part in the Fukushima disaster.

They don't, of course, talk about the processes of the nuclear fuel chain from uranium mining through to demolition of dead reactors and disposal of wastes. Their favourite phrase ''emissions-free energy" doesn't count emissions of radioactive strontium-90.

'For baby boomers, nuclear weapons and nuclear energy were conflated as an existential risk. This created an irrational fear that persists today.'

From the outset, the argument is an attack on anti-nuclear activists, instead of arguing the case for nuclear power.

The hero of the piece is Zion Lights, formerly of Extinction Rebellion, who created her own pro-nuclear group, Emergency Reactor.

She works closely with Michael Shellenberger, who, himself, has lost the support of the general nuclear lobby, due to his many inaccurate statements. Zion Lights and The Australian go into a lengthy digression on the foibles of the baby boomers, who have 'conflated nuclear weapons and nuclear energy as an existential risk that could wipe out humanity'.

The health effects of the Chernobyl and Fukushima disasters are minimised and renewable energy is rubbished as being ineffective.

The author, Claire Lehmann, concludes that the too-slow movement towards carbon neutrality is the fault of the misguided anti-nuclear baby boomers.

The second article is 'Nuclear stacks up — cue the meltdown' by Greg Sheridan, who starts by accusing Australians as being 'environmental outliers' for prohibiting nuclear power.

'Australia is not just eccentric, but nuts.'

Sheridan goes on in this vein, then enthusing about the success of nuclear power in Europe and the USA (although, the former is very much divided, and critical of the nuclear industry, and in the latter, the industry is collapsing). 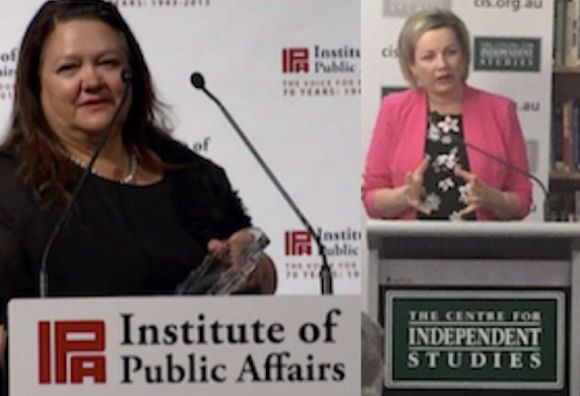 Then come these claims about renewable energy:

'Renewables look economically competitive only because of the subsidies they get, the massive distortions to the regulatory structures required to make them viable at all, and because they have no obligation to be available all the time.'

That is absolute rubbish. The private sector is only too happy to invest in renewables.

Why is that? Because renewables are cheap, clean, quick to build, do not require continuing digging up of fuel to keep them going and do not produce dangerous waste to deal with by future generations further down the track. And storage of this energy is improving and advancing all the time.

The advancements in technology are continuing in renewables and do not look like stopping any time soon. Their "viability" also involves many different ways of harnessing this energy – solar, wind, geothermal, tidal, biomass, solar, thermal, the list goes on – and do not rely on just one mode of producing this energy in one region.

Then, Sheridan moves on to spruik for small nuclear reactors (SMRs). He claims, with no evidence, that SMRs will be a cheap energy source — cheap compared to what? Certainly not renewables.

He states that small nuclear reactors will be cheaper than the old large ones. But for the amount of energy produced – equal to that of a large reactor – a number of small reactors would be needed, which becomes more expensive.

Then, the main thrust of this pro-nuclear argument moves on to an attack on Labor, the Greens and so forth:

'... the deadly, wretched, wholly negative, nihilistic scare campaigns and demonising that the ALP left and its Green allies have conducted against nuclear energy.'

There is no attempt to address any of the worrying issues that surround nuclear power — costs, safety, environmental damage, radioactive waste. He reminds us that Bill Gates backs nuclear power. Well of course Gates does — he owns a nuclear power company, Terra Power.

He also quotes the European Union (EU) as backing nuclear power. While several EU countries do have nuclear power, the EU as a whole is not recommending nuclear powers as a climate solution. In fact, the nuclear industry is banned from exhibiting at the green zone at COP26.

Sheridan moves away from the climate argument, to push for nuclear submarines and the need for nuclear reactors to support them. And then it's on to electric cars. Well, the submarine argument is debatable, too. He dismisses renewable energy as a power source for industry, and especially for powering electric cars.

As I write this comes the breathtaking news that the Murdoch media is changing its attitude to global warming. From a rather crude sort of climate denialism, they will likely move to supporting technical "climate fixes" spruiked by the fossil fuel industries. This is a more subtle way of sabotaging real climate action.

Perhaps we can expect them also to provide something more credible on the nuclear issue in the future.