The death of our seafood, oceans — oh, and us

Our oceans are in dire peril and serious grunt is required by governments or, put simply, everything in Australian seas will die. Investigations editor Ross Jones reports.

THE OTHER DAY I had lunch at Aria Restaurant, which is very centrally located at number 1 Macquarie Street in Sydney. For those unfamiliar with Sydney, that’s right next to the Opera House.

Aria has any number of hats and is, under normal circumstances, expensive — celebrity chef Matt Moran, dontcha know?

I kicked off with a coral trout entrée, segued into a main of lamb with sweet peas, anchovy and lamb bacon and rounded things off with a dessert of mango with passionfruit and lemon myrtle. All with matching wines.

It had been a PR exercise of course, for a corporate rebranding. This kind of event – PR exercises generally – usually hold no interest for IA, but this invitation caught our attention because of the topic: ocean pollution.

The venue also held some appeal — well, a lot of appeal.

To kill the suspense, a company previously known as Stormwater 360 had changed its name to Ocean Protect.

50 guests turned up to hear the news. They also heard a lot more, very little of it good.

Turns out Stormwater 360 had been in the stormwater management business, or, as the PR blurb has it,

‘For almost two decades we have been leaders in the design, installation and maintenance of stormwater treatment assets and infrastructure.’

Then it cuts to the point — and the point of the lunch:

‘There is now an urgent need to significantly reduce the amount of pollution entering our waterways and to do this, changes are necessary in human behaviour, knowledge and education.’ 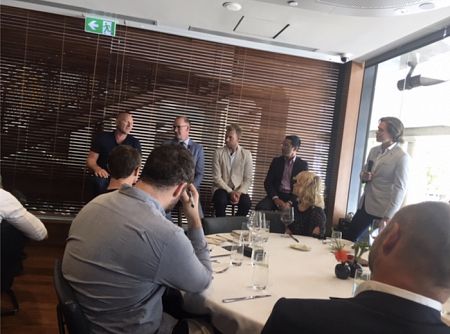 As the 50 freeloaders, sorry, guests started tucking into our entrées, we were entertained by a moderated panel discussion — and here is where things got a bit depressing.

Cheeriest of all was Matt Moran who – apart from noting a few of his favourite fish types which were once cheap and were now, because of scarcity, significantly more expensive – was concerned the entire seafood trade might soon not be with us.

Second most cheery was surfer Ace Buchan who enlightened us regarding close up interactions with ocean plastics and shared his extreme trepidation when it comes to unseen pollutants.

Tipping the scales into seriously depressing was Ben Pearson who shared information about turtles and other forms of sea life which consume plastic in the mistaken belief it is food – a jellyfish perhaps – but all that happens is the plastic stays in the creature’s stomach and it starves to death.

More #plastic than #fish in the #oceans by 2050 @independentaus https://t.co/LeHTnT63Lf pic.twitter.com/Svu1wdiVqG

I was sitting next to a vet from the Dolphin Marine Conservation Park who was wearing a sea turtle tee shirt. He’d seen the turtles suffer.

Next was Sydney City Councillor Craig Chung — to my surprise, a Liberal.

His main point was less dramatic perhaps, but worse if anything: urban run-off. Tonnes of toxic chemical brew wash untreated from drains and roadways every time it rains.

According to the PR blurb, which I have no reason to doubt:

Whilst plastic is part of the issue, so too are pollutants including sediments, heavy metals, nitrogen, phosphorous and cigarette butts which, like plastic, flow to the ocean with stormwater runoff.

The health of our oceans and waterways has reached crisis levels. With more plastic in the sea than fish predicted by 2050, it’s alarming to think that 80% of ocean plastic comes from land-based sources.

During the November 2019 rainfall event where 100ml of water fell in about 24 hours, enough rubbish to fill an Olympic-sized swimming pool would have entered Sydney Harbour and waterways, along with many thousands of tonnes of other pollutants such as dirt, oils, heavy metals and pathogens.

Massive storms are pumping pollution into our oceans: time to clean up our cities #auspol #ausvotes https://t.co/j3XjIbI8tL

The increasing urbanisation of our coastlines and proliferation of impervious surfaces has meant that up to 80% of stormwater now runs rapidly into a dense underground network of drains.

These drains act like an expressway for pollution and debris in our cities, roads, gutters and gardens, sending a cocktail of contaminants directly into the aquatic ecosystems that lie at the end of the pipe.

Across Australia, various councils and developers are installing gross pollutant traps and other filtration methods. In various locations, wetlands are being developed to filter at least some of the run-off.

But not nearly enough.

The issue needs serious addressing at state and federal levels or there goes the Australian coast.

From the multitude of tiny sea creatures at the bottom of the chain to the great big things at the other end, all are in dire peril. Serious grunt is required now by state and federal governments or, put simply, everything in Australian seas will die.

To help put pressure on governments, Ocean Protect is putting at least some of its money where its mouth is, sharing $50,000 per annum between:

Good on ‘em I say. And thanks for all the fish.

Sometimes I'm inconvenienced by plastic bags ban.
On the other hand...
This whale's stomach had 40 kilograms of calcifying plastic
And died a horrible death.#environment #auspolhttps://t.co/dtXKmd2fmR 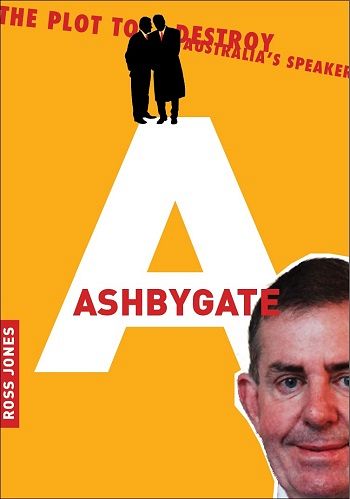