Professor Ian Enting takes a look at the front groups and published texts of Australia’s climate sceptics. He says, "most prominent pseudo-sceptical scientists are ... gathering together to provide apparent respectability to front organisations that are designed to spread confusion". 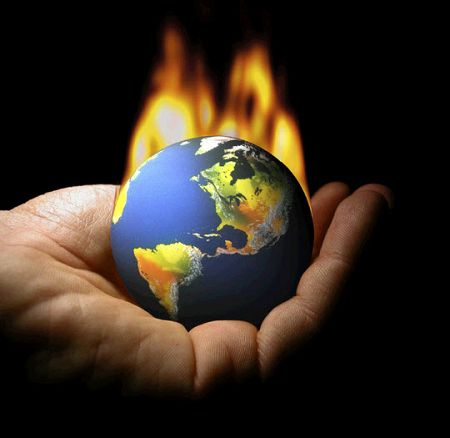 The “name-calling” in what passes for public debate on climate was recently discussed in The Conversation by Garth Paltridge.

“It seems appropriate to expect the establishment to take the first steps in any attempt to bridge the divide between the sides,” he said, proposing we should, “recognise that not all climate sceptics are rogues and vagabonds.”

“The very first step should be for climate scientists to make a conscious effort to read some of the documentation appearing in the more respectable sceptic weblogs,” he argued.

Garth should get out more.

Many of us, including most of the authors of this series, have engaged with the arguments of self-styled “sceptics”.

We’ve looked at not just the blogs, but also the information from organised groups, the few published scientific papers and the books in which these their claims are presented in detail.

As a counter proposal, I would argue that any self-styled “sceptic” who claims to have a genuine case should do what normal scientists do and dissociate themselves from those who practise fabrication and misrepresentation, those who in Garth’s words might be called “rogues”, if not “vagabonds”.

The reality is that the most prominent pseudo-sceptical scientists are doing the opposite: gathering together to provide apparent respectability to front organisations that are designed to spread confusion.

This is the message from Merchants of Doubt: How a Handful of Scientists Obscured Truth on Issues from Tobacco Smoke to Global Warming.

Authors Naomi Oreskes and Erik Conway, backed up by documents obtained in the course of tobacco litigation, show that not only was greenhouse denial using the same misinformation techniques as the tobacco industry, but that it was often the same groups and the same people. These anti-science activities hide behind names such as “Friends of Science”.

In Australia we have a similar phenomenon, with the additional twist of often using names that aim to capture a “martyr for science” image. They present themselves as being ignored by an entrenched establishment, when in reality they are ignoring or distorting the accumulated scientific knowledge.

An early starter was the Lavoisier Group — a single issue organisation similar in structure and name to organisations like the Bennelong Society (on indigenous affairs), the HR Nicholls society (on industrial relations) and the Samuel Griffith Society (on constitutional matters and support for the monarchy). But for the Lavoisier Group, the “martyr for science” ethos is a bit of a stretch — Lavoisier was executed for his activities as a tax collector.

The latest entry is the Galileo Movement, again co-opting the name of a “martyr for science” for an anti-science activity. The Galileo Movement’s founders funded the previous visit to Australia by Viscount Monckton. The movement’s “Independent Climate Science Group” includes Monckton, Bob Carter, S. Fred Singer and Ian Plimer as well as Garth Paltridge.

Monckton’s extravagant claims were described by John Abraham earlier in this series. Monckton’s recent testimony to the US Congress has been extensively refuted by a larger group of scientists.

The title of Bob Carter’s book Climate: The Counter-Consensus captures the problem succinctly. There is no such counter-consensus. What groups such as the Galileo Movement present as a alternative to mainstream view of climate is not an alternative consensus, but rather a collection of wildly conflicting and extensively discredited fragments designed to create confusion.

Singer’s book (with John Avery), Unstoppable Global Warming Every 1500 Years proposes a natural 1500 year cycle for global temperature. I find this unconvincing, with no evidence provided for the claim that Imperial Roman times were as cold as the Little Ice Age 1500 years later.

I am also puzzled as to how a man who claims we are in a natural warming cycle until about 2300 could be part of the Heartland Institute group. which convinced Senator Steve Fielding that the Earth is cooling.

But in Australia, it is Ian Plimer’s book Heaven + Earth. Global Warming: The Missing Science that has had most impact. Kurt Lambeck, President of the Academy of Science at the time, put it aptly when he stated that Heaven + Earth is not a work of science.

The book is extensively referenced with 2311 footnotes. But, oddly, many of these references directly support the mainstream view of climate change.

Plimer repeatedly quotes the paper that says “climate sensitivity greater than 1.5 degrees C has been a robust feature of the Earth’s climate over the last 420 million years”.

In other words, the geological record shows that doubling CO₂ causes an increase in temperature of at least 1.5 degrees. That is what “climate sensitivity” means: how much warming CO₂ causes.

This aspect of Heaven + Earth was recycled last year by Cardinal George Pell in a letter to the Senate, claiming that temperatures in Roman times were two to six degrees warmer than now, (the opposite of what is implied by Singer’s book).

While Pell cited the references in Plimer’s book as evidence, the reality is that Plimer’s whole section on “Roman Warming” cites seven scientific papers and none of them support this claim.

One of the scams used in Heaven + Earth is to plot graphs on different scales to claim that different data averaging gives different trends.

This device was used in Michael Crichton’s novel State of Fear as a simple fictional example of how to fool a gullible jury, though it also seemed to fool many gullible readers.

But, it is Plimer’s misrepresentation of the cited references in Heaven + Earth that really justifies Kurt Lambeck’s statement. Some of these are downright silly, the claim that New Orleans subsided a metre in the three years prior to hurricane Katrina, for example.

Comparable is the claim that the 1991 eruption of volcano Mount Pinatubo emitted large quantities of chlorofluorocarbons, citing a paper that says nothing of the sort. The serious fabrication arises when claiming that satellite measurements of temperature don’t show warming while citing a reference that says the opposite. So far, my analysis of Plimer’s references shows 28 cases in which he misrepresents the content of his cited sources.

Finally, there is Garth Paltridge’s own book, The Climate Caper. This contains little science at all.

It is mainly about the institutional pressures that act on scientists. I agree with much of what Garth says, but my observation is that the pressures have largely acted in the opposite direction, inhibiting communication of mainstream climate science when governments found the implications inconvenient.

Thus organisations such as CSIRO and the Bureau of Meteorology remain muted on the inadequacy of proposals from both sides of politics.

Scientists who claim genuinely respectable scepticism destroy their own case when they link their arguments to those who misuse and misrepresent the processes of science.

Such links expose the activities of groups like the Galileo Movement for what they are: exercises in spreading confusion for political ends.

(This story was originally published in The Conversation on 23 June 2011 and has been republished under a Creative Commons licence.)