Put a price on pollution or we'll keep cooking the planet

Placing a value on the environment through formal well-regulated markets is a better way to effect climate action and change the behaviours destroying our planet, writes Mike Berwick.

DURING A LIFETIME of environmental activism, I have been involved in various approaches to nature conservation: direct action and civil disobedience, the media, science, politics, catchment management and most recently, markets.

Last month, the Federal Government announced the creation of a biodiversity market.

Many of my colleagues in the environmental sector regard markets with deep suspicion, equating them with unbridled capitalism — profit with no environmental or social constraints and minimal regulation.

Effective markets are typically driven by gains to the participants from the voluntary exchange of goods and services.

Our free and unencumbered consumption of ecosystem services – the many and varied benefits to humans provided by the natural environment and from healthy ecosystems – has widely been regarded by experts to be a “market failure”, mainly because the environment has been an unrewarded participant.

In liberal democracies, although profit remains the primary objective for businesses, shareholders and investors, the market is regulated. For example, in the Australian employment market, employers are required to pay employees a minimum wage for the services they provide and it – largely – works, underpinned by the Fair Work Act 2009.

The modern economy, underwritten by increasing consumption of mineral resources, fossil fuels and other ecosystem services, has, for example, failed to constrain greenhouse gas (GHG) emissions. Farming, mining, manufacturing, transport, construction, infrastructure – even health and education – have all resulted in widespread pollution, deforestation and destruction of nature — despite the existence of a host of environmental regulations.

Modern life increasingly consumes ecosystem services in almost everything it does to sustain us, while we consumers have all become used to using them free of charge. The result is that planetary health is declining rapidly.

Yet, this “market failure” can be corrected — by valuing and putting a price on those ecosystem services.

Witness the idea of putting a price on carbon, the mechanism most economists, think tanks and conservation non-government organisations advocate as the most effective means to avoid overheating by GHGs and to return the atmosphere to a mix that avoids cooking the planet.

Of course, GHG pollution is only one of the crises facing humanity and the other ten million species with which we share Earth.

Direct, activity-based regulation is essential to prevent bad things like speeding on roads, workplace discrimination, fraud and industrial pollution. But it is inadequate to drive environmental best practice in industries such as farming, manufacturing, transport and the like.

You can’t make everyone buy an electric car or stop driving altogether. You can’t force farmers to invest in untested practices or restore landscapes they were once expected or required to clear. It costs money that people do not always have. The technology is not there. And they need to keep earning a living.

Markets, on the other hand, deliver things people want or need to pay for. And they can incentivise behaviour.

For markets to work for the environment, they need regulation — for example, by setting caps and putting a price on carbon emissions, which the new Government is attempting to achieve via the revamped safeguard mechanism.

In this model, big polluters are required to reduce their emissions to a set level — a “baseline”, which declines as practices improve and targets are strengthened. If they can’t (or won’t) achieve this baseline, they must buy credits on the carbon market to “offset” their emissions. Then, as demand increases and credits become scarce and more expensive, it will soon prove cheaper to reduce emissions than pay for offsets. 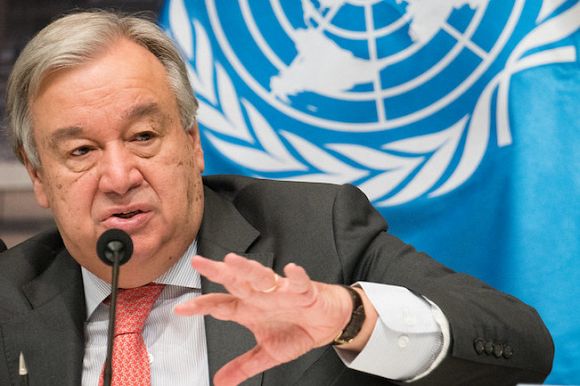 This is market-driven behavioural change.

Here, regulation is being used to correct a “market failure” that has allowed us all to pollute for free. It's about pricing GHG pollution. Similar mechanisms are needed for all forms of pollution and habitat destruction. Direct, activity-based regulation will do some of the heavy lifting — regulated markets are needed for the rest.

In the early stages, easy-to-reduce sectors of society, like electricity generation, will cover for hard-to-reduce sectors, like airline travel. Nature-based offsets, like regenerating native vegetation to capture and store carbon (an example of carbon farming), can be used to offset hard-to-abate pollution until technology provides a more efficient solution and market price drives the change from offsetting to emission reduction.

Experts agree that offsets are an essential component of achieving climate targets and that carbon sequestration (removal of carbon from the atmosphere to be stored in plants and soil) will remain essential long past achieving carbon neutrality, both to bring the atmosphere back to a level that avoids ongoing heating and to offset activities that cannot be avoided in modern society.

Our best endeavours in correcting the planet's degradation through education, direct, activity-based regulations and grants – although vital – have proved inadequate on their own. Some would say they’ve failed dismally. Why? Because the economy, of which we are all inescapable participants, puts no value, monetary or otherwise, on the environment.

But now shareholders, customers and clients increasingly demand that the companies they invest in and products they buy be environmentally and socially ethical. This means profit is no longer the only motivation behind business decisions. It means producers and suppliers of goods and services increasingly seek certification for being socially and environmentally ethical.

The bottom line is that, in our globalised world, the market is potentially delivering the mechanism that direct government regulation has failed to provide.

Still, it is not quite that simple. The offsets companies buy must do what they say they’ll do. They must be measurable and verifiable. Those measures do not always reliably exist… yet. But it's improving rapidly.

This is imperative for the market to have integrity, which is essential for market confidence. And for real outcomes that benefit market participants – the environment and humanity – and ultimately the health of our planet.

Mike Berwick AM was arrested during the Daintree blockade that led to the world heritage listing of Queensland’s wet tropical forests. He was awarded his Order of Australia partly for its conservation. Mike is a senior policy advisor to environmental markets investor and project developer GreenCollar. 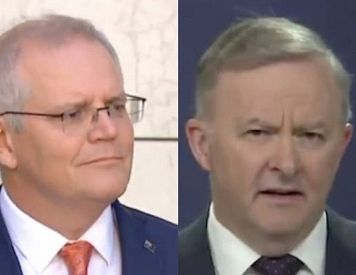 There are signs that support for green energy is sweeping the nation, writes Michael Mazengarb.

Put a price on pollution or we'll keep cooking the planet

18 September 2022, 9:00am Placing a value on the environment through formal well-regulated markets is a ...
Join the conversation
comments powered by Disqus
News updates