Why can’t the Australian Healthcare Sector commit to net zero emissions if the National Health Service (NHS) can?

The NHS has announced its plan to reach net zero carbon emissions by 2040, the first national health system in the world to do so. It’s ambitious. It’s necessary. It’s the right thing to do.

The overarching target of net zero emissions by 2040 pushes a deadline a decade earlier than the national UK target of 2050. It also aims to reduce carbon emissions by 80% by 2028–2032 compared with 1990 baseline levels. To achieve this, the NHS plans to adopt wide-sweeping actions within the health system and incentivise downstream suppliers to reduce their carbon emissions.

In practical terms, this means addressing all sources of carbon emissions across the health system, something the NHS ground-breaking Sustainable Development Unit (SDU) has been monitoring since 2008. This includes updating hospital infrastructure, optimising energy use, building new low-emissions hospitals, reducing transport emissions, reducing specific carbon-intensive medicines, increasing use of telehealth and working with suppliers to reduce their carbon emissions. 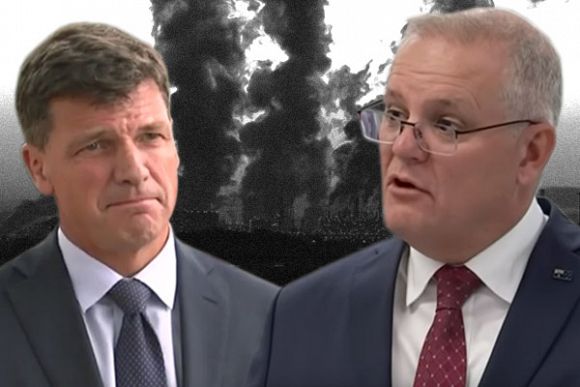 As advocates for the health and wellbeing of people and their communities, health professionals have a responsibility to oppose practices that endanger peoples’ health, demonstrated by the Hippocratic principle to “do no harm”. Looking back less than 50 years ago, doctors featured in tobacco cigarette advertising and now smoking is universally discouraged by health professionals due to the strong links to cancer, heart and lung disease and other conditions.

Similarly, fossil fuels can be compared to smoking on a wider scale in that climate change poses severe health risks to direct effects from extreme weather events, indirect effects through causes such as air pollution, new infectious diseases and social impacts through loss of land and livelihoods caused by fossil fuel combustion contributing to climate change. Indeed, the World Health Organisation has labelled climate change as the ‘greatest threat to global health in the 21st Century’. It is nonsensical, even hypocritical, for the health sector to continue to be fuelled by an industry known to harm health.

As the sector responsible for caring for peoples’ health, it only makes sense that the health system detaches itself from harmful fossil fuels and shows leadership to the rest of the public by taking this action on climate change. Doing so will not only reduce national and global emissions, slowing the driving forces behind rising temperatures and climate change, but will also have additional benefits.

These “co-benefits” of climate action include fewer asthma exacerbations from reduced air pollution and increased physical and mental wellbeing through healthier modes of transport and working spaces. It is unconscionable for health professionals, who are increasingly finding first-hand witnesses to the health impacts of climate change on peoples’ health, to stand by in silence. 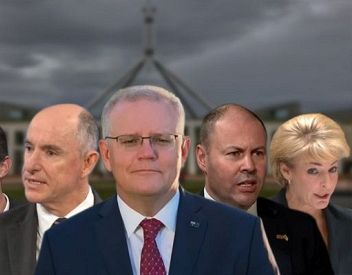 The current COVID-19 pandemic is intertwined with climate change and increases the urgency to address it. Destruction of natural habitats, closer proximity of humans to animals and changes in infectious disease distribution from climate change contribute to increased risk of new emerging infections spreading from animals to humans (zoonoses) which are capable of causing pandemics. Recognising these links, health professionals around the world have urged G20 leaders to address the global health emergency of climate change, with over 200 organisations representing 40 million health workers calling for a healthy and sustainable recovery from COVID-19.

The ashes of last summer’s devastating bushfires still linger in our national consciousness. Already, we have seen our own tragedy reflected in the images of California ablaze. Australia has bountiful natural resources and potential for renewable energy such as solar and wind, yet instead of being a leader in climate action, we are lagging behind on a global scale.

The Federal and State Governments’ decision to pursue a “gas-fired recovery” from COVID-19 will have severe health impacts. Methane, which is released into the atmosphere from fuel gas extraction, has over 80 times the global warming potential of carbon dioxide over 20 years. There is no time to delay transitioning to renewables and no time to increase emissions from gas.

If the Australian Government is unwilling to make strong commitments to reach net zero emissions, the health sector should step up and set an example, by placing the health and lives of people and future generations first. If the UK can do it, so can we.

Dr Caroline Lee is a junior medical doctor working in Sydney, who is passionate about global health and social justice. She also volunteers for Doctors for the Environment Australia.

9 November 2020, 11:00am Why can’t the Australian Healthcare Sector commit to net zero emissions if the ...
Join the conversation
comments powered by Disqus
News updates