How to build consensus on climate change action

The Government must work harder to build consensus on climate change – and its response should involve more than merely economic measures – says Dr Ted Christie. 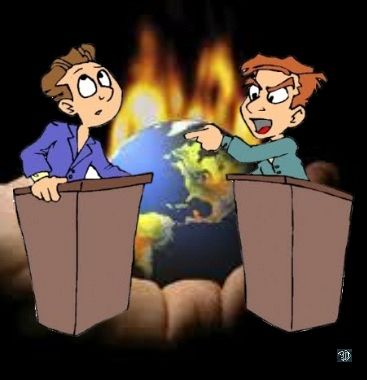 Polarisation of the public debate on climate science in Australia has ignited a public interest environmental conflict into a firestorm. Already, there has been comment that introducing the proposed carbon tax could possibly bring down Australia’s minority Federal government.

New Federal legislation for climate change action for Australia was introduced in September 2011. The pathway to a low carbon economy will proceed in two stages. The first stage – a carbon tax – will be followed by an ETS.

However, recent surveys on climate change by some of Australia’s key political research companies confirm that polarisation of public opinion on the introduction of a carbon tax and action for climate change persists. The survey results of the companies, and trends over time, are fairly consistent:

Compare the finding from these public opinion polls with that of the United States National Research Council Panel. Based on multiple lines of research, their report Advancing the Science of Climate Change (2010) concluded the

“…scientific evidence that the Earth is warming is now overwhelming”

and that the climate change occurring is caused largely by human activities and poses significant risks.

Against the background of the Panel’s conclusions, the survey findings from the opinion polls suggest that science has yet to effectively communicate to the Australian public, an understanding of the need for climate change action.

Achieving consensus[1]on climate change through public outreach requires Government to define a strategy that will influence behavioural change. The community must be persuaded that there is a need to take climate change action — as well as ensuring that the appropriate form of action is taken.

It has long been accepted that conflicts over information are the major cause of all environmental disputes. For persuasion through public outreach to be effective, providing all the relevant and reliable information on climate science to the community that is available is not enough.

What persuasive arguments on climate science could be a foundation to influence corporations, industry and the community to adopt action for climate change?


Focus on control of environmental harm

There may be naïve soundness in scientific communication to refer to carbon/carbon dioxide pollution; the use of this terminology is technically correct. But it can be source of public controversy as it conflicts with a common public perception that carbon dioxide is a gas having essential roles for human health and photosynthesis and plant growth.

What environment harm, or potential environmental harm, could arise from the release of carbon dioxide from human activities to the atmosphere?

In 1896, the Swedish scientist and 1903 Nobel Chemistry Prize winner, Svante Arrhenius, became the first person to publish and predict that the emissions of carbon dioxide from the burning of fossil fuels could cause global warming.

In the current state of polarised public opinion, meeting the challenge to communicate complex information to the public on climate science would be aided by using risk analysis methodology. Communicating the likelihood (or probability) of the risk of global warming – used effectively – would provide a springboard for persuading the public about the need for climate change action.

In the interests of future generations, the likelihood of activities that contribute to the risk of human-induced global warming must be reduced to an acceptable level of risk. This is the object of risk management.


Alternatives to a carbon tax

A major obstacle for persuading opponents of climate change action is the absence of any realistic alternative in Australia to the Federal Government’s “Carbon Tax–ETS” legislation or the “Direct Action” policy of the Opposition.

Of special significance is that the “National Measures” set out in the Kyoto Protocol (at Article 2) are required to achieve a country’s GHG emission limitation and reduction commitments and to promote sustainable development.

Adopting this pathway, requires each country to find the optimal combination (or mix) of “National Measures” that will meet prescribed emission targets and to promote sustainable development.

Some of the Kyoto Protocol “National Measures” include:  enhancing energy efficiency in the national economy (The United States EPA approach to improve energy performance in residential, commercial and government buildings is but one good example); a future where renewables have a greater role; afforestation and reforestation; carbon dioxide sequestration technologies; and advanced and innovative environmentally sound technologies.

The legal option of regulatory control could also be included as part of the mix of “National Measures”. In December 2010, the United States EPA announced an agreement reached for developing cost-effective and protective national atmospheric GHG standards for fossil fuel power plants and petroleum refineries.

A sustainable solution based on a mix of “National Measures” to reduce carbon dioxide emissions could become a fairly logical first stage for climate change action — but has yet to be systematically evaluated.

Increases in prescribed emission targets, over time, can be offset by changing the balance in the mix of “National Measures” or adding proven carbon sequestration and environmentally sound technologies to the mix.

Another option would be to have a  two stage “sustainable solution-ETS model”.

There is a significant difference, in their persuasive value, between actions for climate change based on a sustainable solution compared to a carbon tax.

A sustainable solution is found by balancing competing short-and long-term ecological, economic, social and cultural objectives. Equity is a key consideration, as a sustainable solution seeks to secure as much available value as possible for government, industry, business and the community.

In contrast, the predominant focus of the carbon tax – and the ETS – is economics.


Managing conflicts and polarisation of opinion

In seeking to persuade the community on conclusions on settled climate science, the Federal Government has relied on the expert scientific opinion of researchers associated with influential organisations such as the Australian Academy of Science, Universities, CSIRO, and the Bureau of Meteorology.

The role of persuading the community to adopt, or to reject, climate change action is not restricted to individuals with expert scientific knowledge from major research organizations. Individuals, because of their status – or in high positions of power within an organization – also need to be recognized. Examples of the latter two “influentials” are industry leaders affected by the introduction of the carbon tax and radio talkback presenters.

The position of influential radio talkback presenters and the contentious topic of climate change were considered in the ABC Television program Media Watch (March 2011).

The Media Watch program revealed examples where there has been a tendency for influential scientists having divergent opinions on climate science to discredit their opponents.  Comments that a publication on climate change was a mixture of scientific facts, misinformation, errors and personal opinion – or that some scientists are tired of being misrepresented or "beaten up" in the media – are not helpful if consensus on climate science is sought through public outreach and persuasion.

Dealing with the problem of climate science, and maintaining a good working relationship between all sides requires commitment, if scientific consensus is to be found through public outreach. 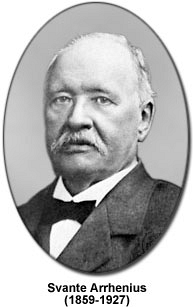 Information conflicts and divergent scientific opinion over climate science results from one or more of the following: a lack of information, scientific uncertainty, different interpretations of the same information and different opinions as to what information is relevant.

The situation that must be avoided is one in which scientific experts having competing opinions on climate science rely on different assumptions and information/databases to arrive at their conclusions. In all likelihood, they can, and will, come up with different answers.

To overcome these obstacles, Government requires a participatory process for managing information conflicts involving influential individuals with scientific expertise from both the pro-climate change science and climate change science denier groups. The goal would be to objectively evaluate where any common ground on climate science may exist and what issues were in dispute between both sides. Disputed issues would then be reviewed.


Polarisation of scientific and public opinion — not a new phenomenon

There are parallels between the polarisation of scientific and public opinion for climate science and global warming, today, and asbestos exposure and public health in the past.

A compelling research article warning of public health dangers, following exposure to asbestos dust, was published in the British Medical Journal in 1924.

Further scientific research was published throughout the world from this time – but divergent scientific opinion prevailed – casting doubt on the science.

It was not until the rigorous epidemiological studies of Professor Irving Selikoff, published in the Journal of the American Medical Association (1963) into the link between asbestos exposure and the deadly lung cancer, mesothelioma, that many people were persuaded that asbestos had to be restricted e.g. by the introduction of  workplace safety protocols for asbestos in USA.

The “asbestos exposure history” must not be allowed to repeat for climate science and global warming. Failure to act now may mean that the risk of human-induced global warming may become irreversible in the future.

1 December 2013, 1:00pm To keep global warming to below 2 degrees centigrade by 2100, much more mitigation ...
Join the conversation
comments powered by Disqus