The Morrison Government is attracting global criticism of its multi-pronged effort to delay the Great Barrier Reef's "in danger" designation, writes Andrea Germanos.

According to The Guardian, Saudi Arabia and Bahrain are co-sponsoring amendments that reject UNESCO's finding – released last month – that the reef is in danger, and would prevent such a designation until 2023 or later.

In its draft recommendation in June, UNESCO said the reef should be inscribed on the List of World Heritage in Danger as it is facing 'ascertained danger' — language the body uses to refer to "specific and proven imminent threats". The draft pointed to ongoing deterioration from threats including the climate emergency and suffering from significant coral bleaching events in 2016, 2017 and 2020.

That recommendation drew immediate criticism from the Morrison Government, which continues to prop up the fossil fuel industry. Climate campaigners, however, said the recommendation was totally unsurprising.

'The UNESCO warning could not be any clearer. The Great Barrier Reef is in danger because of the Morrison Government's failure to act on climate change.'

As The Guardian noted, the Morrison Government is engaging in a multi-pronged effort to keep the reef off the "in danger" list, or at least delay the decision.

Apart from the proposed amendments, Australia's Government is hosting a snorkelling trip in the reef for ambassadors from several countries including nine that have voting rights at the two-week World Heritage Committee meeting starting 16 July. The committee is set to consider Australia's designation on 23 July.

Further efforts come from Australian Environment Minister Sussan Ley — who last month accused UNESCO of carrying out an 'appalling' process in making its "in danger" assessment of the reef. She is now in Europe lobbying ambassadors to vote against the designation. 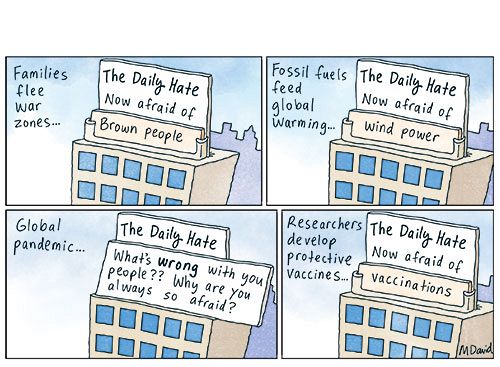 In one of the most uninspiring and regressive budgets ever, the Morrison Government has continued its eye-watering bolstering of the fossil fuel industry.

'... the Government is sparing no effort, or expense, trying to conceal the dire situation faced by the Great Barrier Reef. Imagine if the Federal Government displayed the same zeal and urgency in trying to fix the root cause of the reef's poor health: climate change, driven by the burning of fossil fuels like coal, oil, and gas.'

On 14 July, The Guardian reported:

In the amendments, the committee is being asked to reject UNESCO's official finding the reef was facing "ascertained danger" — a trigger for entry onto the "in danger" list.

A UNESCO mission would be held to "develop a set of corrective measures" before Australia sends a report to the UN organisation by December 2022, rather than the original February 2022 date.

Instead of asking the committee to decide next week on the "in danger" inscription, the amendments state that should not be considered until 2023 at the earliest.

'The science is clear: the Great Barrier Reef is in danger from rising sea temperatures and ocean acidification, driven by increasing greenhouse gas emissions.'

Australia's leading environmental NGOs have written an open letter to the World Heritage Committee about our #GreatBarrierReef's 'in danger' listing.

'The World Heritage Committee placing the Great Barrier Reef on the List of World Heritage in Danger must prompt decisive action from the Australian Government, united with the global community, to protect the Outstanding Universal Value of one of the most beautiful and biodiverse places on Earth.'

In her opinion piece, Hughes said that the committee is facing 'a high-stakes decision' and warned:

'If the factors endangering the reef aren't addressed, it could eventually be removed from the World Heritage list altogether, which would be both humiliating and economically devastating for Australia.'

'Every country needs to play a role in the global effort to rapidly bring down greenhouse gas emissions and address climate change, so as to ensure a safe future for people, flora, and fauna, and precious places like the Great Barrier Reef. The world is noticing that Australia is not.'

This article by Andrea Germanos was originally published on Common Dreams, under the title 'Australia Aided by "Fossil Fuel Pariah States" in Bid to Keep Great Barrier Reef Off "In Danger" List' and has been republished under a Creative Commons licence.