It’s not every day that a bunch of school kids challenge Australia's big polluters about their claim that fossil fuels are good for people and the economy, says Environment Victoria. 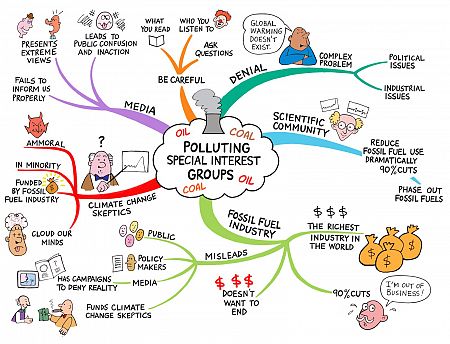 BUT IN Help the Kids End Polluter Handouts, a funny and poignant video about a mock classroom scene in which a group of switched on children challenge “BHT-Tinto’s, Mr Whinehart”, they do just that — and to great effect.

The video, which was recently launched on YouTube, features children who have had real-life involvement in the Black Saturday bushfires of 2009 and who live in rural communities that every summer face the threat of bushfires.

Scientists have been warning that climate change is leading to higher temperatures and more extreme bushfire events for decades. Just this month, the scientists at the independent Climate Commission asserted that climate change has increased the threat of bushfires in Australia.

“We have to stop funding polluters,” says Healesville-based Bindi Woodland, who is the mother of Ochre, one of the boys in the video.

“It’s our children who will live in the wreckage we’re creating. The video is one way that the kids can have their voices heard and know they can make a difference.”


Among other facts, the video highlights that the Federal government will this year hand out a colossal $10 billion worth of subsidies to polluters — more than double the amount it spends on government schools.

The video is produced by Environment Victoria and is part of a wider campaign to end fossil fuel subsidies to help reduce dangerous climate change. In a tough budget year, it would also help the government pay for programs that have community benefit.

One of the students in the mock classroom asks:


“Don’t you care about our future, Mr Whinehart?"

YouTube audiences can register that they care about our kids and planet by signing a petition to end fossil fuel subsidies. 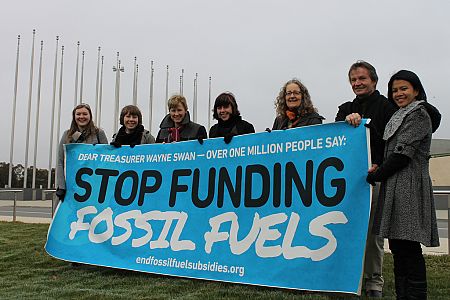 (Multiple families and children, including Ochre, who were involved in making the video are available for comment through Environment Victoria spokespeople Mark Wakeham on 0439 700 501 and Victoria McKenzie-McHarg on 0428 480 409)