Christopher Monckton falsely claims to have been appointed to the IPCC 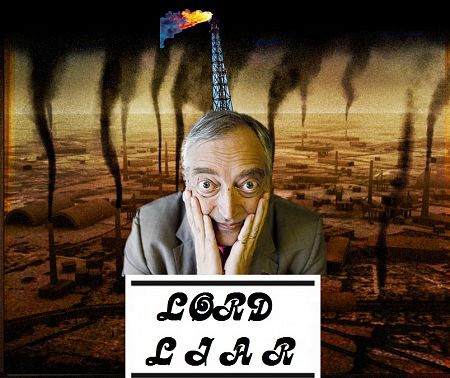 IT'S DIFFICULT to really know where to start in describing Lord Christopher Monckton, one of the planet's most outspoken deniers of the risks of human-caused climate change.

You could say he's the leader of the Scotland branch of a fringe UK political party, for example.

Or describe him as the chief policy adviser to the Science and Public Policy Institute, a climate science-mangling organisation in the US which doesn't disclose its funders.

But last week, Lord Monckton gave himself another title.

In an opinion column about how climate change had nothing to do with the deadly superstorm Sandy, Lord Monckton wrote how he was


‘…an appointed expert reviewer for the forthcoming “Fifth Assessment Report” to be published by the United Nations’ Intergovernmental Panel on Climate Change.’

I wondered how one might be "appointed" as an "expert reviewer", so I asked the secretariat at the IPCC about the process.

Here's what they told me (my bolding).


Anyone can register as an expert reviewer on the open online registration systems set up by the working groups. All registrants that provide the information requested and confirm their scientific expertise via a self-declaration of expertise are accepted for participation in the review. They are invited to list publications, but that is not a requirement and the section can be left blank when registering. There is no appointment.

Hang on. No appointment? But Lord Monckton just… but, he says that he… right there, he just said he was appointed … all official, like.

But reading the response from the IPCC, it sounds as though even I could get a gig as an "expert reviewer". It would make a cracking addition to most people's CV.

Anyone out there who might be thinking about applying for a job that you just know in your heart of hearts you're not qualified to do, might want to think about asking Lord Christopher Monckton for a bit of guidance.

Because when it comes to puffing out your CV, the non-Member of the House of Lords is highly skilled.

His modus operandi (aside from speaking Latin in interviews) appears to be that the more spectacular the claim, the less likely people are to disbelieve you. Like climate change science being a plot to "shut down the west", for example.

So here, just a small handful of some of Monckton's greatest hits.

For lists of this stuff as long as one of Robert Wadlow's arms, visit Monckton Myths, Barry Bickmore's Monckton Rap Sheet or look at Peter Hadfield's Monckton Bunkum video series (watch the first one below).

Perhaps there'll be more to add to these lists next year when Lord Monckton returns to Australia in February 2013 for another speaking tour. His 2011 visit was marred by controversy, after he branded a prominent Australian government climate policy advisor a Nazi, prompting venues across Australia to cancel.

There's some confusion about who is organising the tour. There are reports that the fringe political group the Democratic Labor Party, who's single Federal Senator is the anti-abortion climate sceptic John Madigan, are paying for the visit.

But the "Lord Monckton Foundation" has claimed it is organising the visit. Regardless, I really can't wait.