Beyond Kyoto: The future of coal

What does moving to a low carbon economy mean for the future of coal-generated power? Environmental lawyer and scientist Dr Ted Christie considers this crucial question. 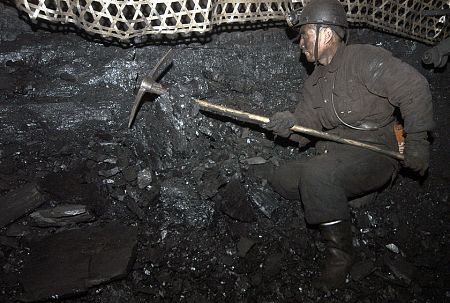 THE KYOTO PROTOCOL was adopted in 1997 as a global approach for taking action for climate change by reducing greenhouse gas (GHG) emissions. In 2010, there was international agreement for ensuring that average global temperatures did not increase by more than 2OC by 2100.

This goal can be achieved by moving to a low carbon economy: a long-term global plan of action to reduce and stabilize CO2 emissions. Climate-change effective emission reduction targets must be set; cost-effective measures must be used to reduce emissions; innovative and environmentally sound “clean energy” technologies need to be developed.

Moving to a low carbon economy poses a dilemma for the future position of coal, given the key role coal has in global electricity generation. Coal-fired power plants generate about 41 per cent of the world’s electricity. The world’s primary energy demand continues to rise. The key drivers for growing energy needs are developing countries, particularly the largest and fastest growing countries, China and India.

But, does moving to a low carbon economy mean that coal-fired power stations should be shut down and replaced with other energy sources?

Alternatively, can moving to a low carbon economy still be achieved with coal-generated power as part of the global energy mix? Should the mix of measures to enhance energy efficiency currently relied on to reduce CO2 emissions be extended to include regulatory control of emissions?

Moving to a low carbon economy – where coal-generated power remains as part of the global energy mix – is a classic sustainable development problem.

To achieve sustainability, any future international climate agreement that recognises coal-generated power as part of the global energy mix needs to balance the objectives of:


(i) deriving socio-economic benefits from strong, growing and diversified national economies through industrial growth and international trade in coal; with

(ii) offsetting the immediate and long-term risks to the environment and climate change posed by global trade in coal.

This issue needs to be resolved, given a key outcome of the United Nations climate talks held at Doha, Qatar in December 2012 was to reach agreement for a new universal climate agreement for all developing and developed countries. A new treaty to replace the Kyoto Protocol is to be drafted by 2015 and come into force by 2020.

Agreement was reached at Doha, on a plan of action to establish a “new market mechanism” (“NMM”). The underlying principles that were agreed to apply to a future NMM included promoting sustainable development.

The position of Australia is relevant in how moving to a low carbon economy might be advanced. Australia is the world’s second largest coal exporter; coal is used to generate around 80 per cent of Australia’s power. A recent report of the University of Queensland’s Global Change Institute argues that


'...coal generated power will need to be part of Australia's power generation mix for decades to come.'

A road map for moving to a low carbon economy, in which coal-generated power remains as part of the global energy mix, could be based on the framework adopted by the UN for addressing another major global environmental problem: the conservation of biodiversity.

This framework could be applied for moving to a low carbon economy, if coal-generated power is to remain as part of the future global energy mix.

The emission reduction target in the first commitment period under the Kyoto Protocol, 2008-2012, was for a reduction in GHG emissions by at least 5% below 1990 levels. This target only applied to 37 industrialized countries and the European Community. Large developing countries, such as China, India and Brazil, were excluded.

At the Doha climate talks no new binding GHG emissions reductions were agreed to for the second ‘Kyoto commitment period’, 2013-2020. However, ten industrialized countries (including Australia) and the EU pledged reduction targets for GHG emissions by 2020 varying from 5 per cent (which was unconditional) to 15-30 per cent (which was conditional e.g. subject to developing countries committing to comparable emission reductions).

In November 2011, in a significant development for Australia, the Federal Government passed legislation for increased future emission reduction targets, independently of Kyoto Protocol commitments. One statutory object of the Clean Energy Act 2011 (Cth) is


'(i) to take action directed towards meeting Australia’s long-term target of reducing Australia’s net greenhouse gas emissions to 80% below 2000 levels by 2050; and (ii) to take that action in a flexible and cost-effective way (Section 3c).'

It is clear that the future will see a move towards CO2 emission reduction targets – far greater than 5 per cent – to ensure global temperature increases are limited to below 2OC by 2100.

In these circumstances, continued reliance on carbon-trading systems may mean that the carbon price could soar to $200 to $500 for each tonne of CO2. Could this result in the ETS being thrown into question as a cost-effective measure compared to other CO2 emission reduction measures? It may also be problematic whether the ETS is a market mechanism that promotes sustainable development?

One significant feature of the Kyoto Protocol, which should be retained in the new climate agreement, is the very wide and diverse range of 'national measures' that are listed to reduce emissions.

This enables countries to be flexible in deciding on a mix of measures that is most appropriate for meeting their CO2 emission reduction commitments. Two 'national measures' have figured prominently to date and will continue to do so in the future: 'new and renewable forms of energy' and 'enhancement of energy efficiency in relevant sectors of the national economy'.

However, the Kyoto Protocol imposes an obligation on 'national measures' that are adopted to meet emission reduction commitments 'to promote sustainable development'. To date, all countries have not effectively addressed the objectives of sustainable development in actions they have taken to reduce their emissions.

This issue could be overcome if the new climate agreement set out objective criteria that could be used by all countries to systematically and consistently evaluate sustainable development for the mix of measures relied on for moving to a low carbon economy.  Existing UN International Declarations provide a framework in for implementing sustainable development.

The time is now appropriate for taking the opportunity to update the “national measures” set out in the Kyoto Protocol by considering global developments in legal principles in climate law, as well as technological advances for reducing CO2 emissions.

Post-Kyoto, the landmark decision in 2007 of the US Supreme Court in Massachusetts et al. v Environmental Protection Agency 549 U.S. 497 (2007); 127 S. Ct. 1438 is a case in point. Could the application of this legal decision by the United States EPA for regulatory control of GHG emissions be adopted as a global national measure to enhance energy efficiency and so form part of the future mix of “national measures” to limit emissions?

An example of existing technology to limit CO2 emissions is High Efficiency Low Emissions (“HELE”) technologies. Using HELE technology, the same amount of electricity is generated - but a more efficient coal-fired unit burns less fuel and emits less CO2 and so has a smaller footprint.

Additionally, the new climate agreement will need to introduce new commitments to ensure that international trade in fossil fuels does not pose an unacceptable risk for achieving the UN goal of limiting global temperature rise to below 2OC by 2100.

What form could these commitments take? Principle 16 of the Rio Declaration on Environment and Development represents one pathway to consider:

National authorities should endeavour to promote the internalization of environmental costs and the use of economic instruments, taking into account the approach that the polluter should, in principle, bear the cost of pollution, with due regard to the public interest and without distorting international trade and investment.

As possible examples for new binding commitments in the new climate agreement, countries could pay a levy on each tonne of coal they either exported or imported. The levy could be applied:


I.            For developed countries, for ongoing research into Carbon Capture and Storage (“CCS”) as well as  new environmentally sound low-carbon technologies to limit CO2 emissions;

II.            For ‘Clean Development Mechanisms’ in developing countries by enabling investment in sustainable development projects that reduce CO2 emissions; and

III.            A financial fund for developing countries confronted by the threat of the “climate fiscal cliff” to cope and adapt to the projected impacts of climate change.

Regulatory control, using uniform, national CO2 emission standards that were both cost- and climate-effective, could be another commitment for countries importing coal. A commitment for coal exporting countries could be for coal mining development proposals to not have an adverse impact on a sustainable future for national food security.

Moving to a low carbon economy requires shared vision from governments. The “fair treatment” element of the strategy of environmental justice is a relevant social objective for evaluating sustainable development that could be part of this vision. For example, to achieve the goal of limiting global temperature rise to below 20C by 2100, no country should bear a disproportionate share of the negative environmental consequences that result from taking action for climate change under the new universal climate agreement.

1 December 2013, 1:00pm To keep global warming to below 2 degrees centigrade by 2100, much more mitigation ...
Join the conversation
comments powered by Disqus
News updates