Antarctic ice shelves melting from below

Scientists have discovered that many Antarctic ice shelves are losing ice not just by calving icebergs but by melting from their undersides as well. Alex Kirby from Climate News Network reports. 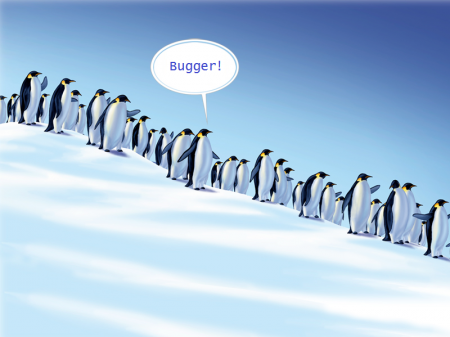 THERE'S MUCH MORE of an iceberg under the water than above it. And, it turns out, there's much more happening beneath the surface to Antarctic ice shelves than anyone had guessed.

A team of researchers from British, Dutch and US universities has found that more ice leaves Antarctica by melting from the underside of submerged ice shelves than was previously thought, accounting for as much as 90% of the ice lost in some areas.

Iceberg production and melting results in 2,800 cubic kilometres of ice leaving the Antarctic ice sheet annually. Most is replaced by snow falling on the continent, but any imbalance means a change in global sea level.

Scientists have believed for decades that the main way this loss occurred was through iceberg calving, as huge chunks of ice broke off at the edge of a glacier.

But the team, led by academics at the University of Bristol, UK, with colleagues from Utrecht University in the Netherlands and the University of California, has used satellite and climate model data to prove that the melting of the shelves' undersides has as large an impact as iceberg calving for Antarctica as a whole, and for some areas is far more important.

The findings, published in the journal Nature are crucial to understanding how the ice sheet interacts with the rest of the climate system, particularly the ocean.

During the last decade, the Antarctic ice sheet has been losing an increasing amount of volume. The annual turnover of ice equals 700 times the UK's yearly domestic water usage of just four cubic kilometres a year.

The researchers found that, for some ice shelves, melting of their underbellies could account for as much as 90% of the mass loss, while for others it was only 10%.uy


'Understanding how the largest ice mass on the planet loses ice to the oceans is one of the most fundamental things we need to know for Antarctica.'

Ice shelves that are thinning already were identified as losing most of their mass from this type of melting, a finding which will help to show which shelves may be particularly vulnerable to changes in future ocean warming.

The scientists used satellite and airborne data to accurately measure the flow of the ice, its elevation and its thickness. These observations were combined with the output of a climate model for snowfall over the ice sheet.

The team then worked out how much ice was leaving Antarctica, either by entering the ocean from the underside of the ice shelves or by calving off the glaciers' edges. By combining these totals, they could estimate the mass loss of ice from the continent.

Professor Jonathan Bamber, from the University of Bristol's School of Geographical Sciences, said:


"Understanding how the largest ice mass on the planet loses ice to the oceans is one of the most fundamental things we need to know for Antarctica. Until recently, we assumed that most of the ice was lost through icebergs. Now we realise that melting underneath the ice shelves by the ocean is equally important and, for some places, far more important. This knowledge is crucial for understanding how the ice sheets interact now, and in the future, with changes in climate."