The bigots are out in force! Under the guise of solidarity, xenophobes are pouncing on the chance to smear Muslims, refugees and Syrians, writes S. A. Starcevic.

Back in the wake of the Supreme Court ruling on same-sex marriage, my newsfeed was flooded with rainbows, people overlaying their profile pictures with Facebook’s pro-Pride filter in celebration — and I was one of them. Sure, it was a little tacky, a bit mainstream for my tastes, something which the cardigan-wrapped, caffeine-swilling, hair-quaffed hipster in me instinctively rebelled against — but ultimately, it was a beautiful sentiment.

But now, in the aftermath of the terror attacks, which saw chaos spilling out into the streets of Paris and the French borders snapping shut, I’m not changing my profile picture. And it isn’t because I’m not as outraged as everyone else over the siege. Of course I am. Over 120 people died. 120. I have friends living in Paris who feel like aliens in their own city; like if they step outside they might be smacked with a hail of bullets, or obliterated in the white-hot scorch of a pressure cooker bomb.

No, it’s because I won’t be part of a trend that transmogrified in spectacularly disturbing fashion from a show of solidarity to a pitchfork-brandishing, Muslim-hating lynch mob. Just like I’m not about to skip down Main Street swathed in a white bedsheet like a Klansman, or wave the Nazi flag at the Test.

Back in ’07, President Obama – although he wasn’t President at that point – explained that he refused to clip the U.S. flag pin onto his lapel because it had turned into a “substitute” for “true patriotism” — basically, an excuse to run around with your arms in the air, squawking about terrorism and the Iraq War without getting anything actually done. Or worse, a paper-thin pretext with which to hassle members of a racial or religious minority because they fit the stereotypical mould of a “terrorist” — whatever that means.

The only 2 things I know to be true about the tragedy in Paris 1. People are gonna make broad claims about Islam 2. Those people are bigots

Now, the same thing is happening again on our newsfeeds and dashboards. Under the guise of solidarity, xenophobes are pouncing on the chance to smear Muslims, refugees, Syrians as a whole – anyone and anything swirling around their thick, sloping skulls. Never mind how despicable it is to take advantage of a catastrophe – one jaw-dropping in its sheer brutality – to further your own hateful political agenda. What matters is that we give refugees – people fleeing from the same brand of inhumanity we’ve seen splashed across world headlines over the past 72 hours – the boot, right?

It’s a shame. What might’ve been a sign of overflowing support and universal heartache for victims of the siege transformed into a toxic necrosis blackening social media. Instead, I think I’ll see how much coin I can spare for the French chapter of the International Federation of Red Cross and Red Crescent Societies (IFRC), or Médecins Sans Frontières, or Friends of Fondation de France, all charities who lend much-needed aid during times of crisis. (Not everyone is in a position to make a contribution, of course, but even sharing the donation links around is beneficial.)

Come on, internet. Let’s do a little better.

Broadcasting positive thoughts to victims of the terror attacks carving a swathe through Europe. #authorsagainstterror 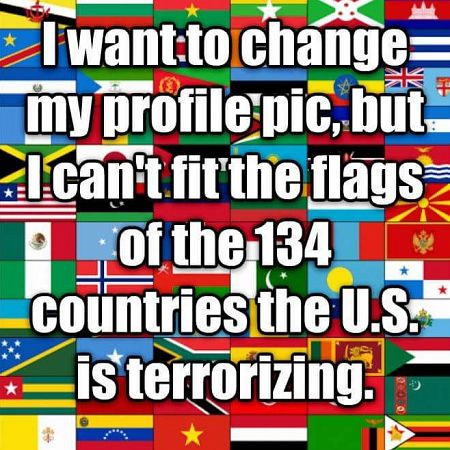 The same ruined road: Why we’re better than the Peta Credlin rumours

Confessions of an Internet pirate

What people are still getting wrong about HIV/AIDS

24 November 2015, 11:00am When it emerged that Charlie Sheen was HIV-positive, the media erupted — and much ...
Join the conversation
comments powered by Disqus
News updates