The news is making us stoopid

According to results released this week from Fairleigh Dickinson University’s PublicMind Poll, some American news sources make people less likely to know what’s going on in the world. 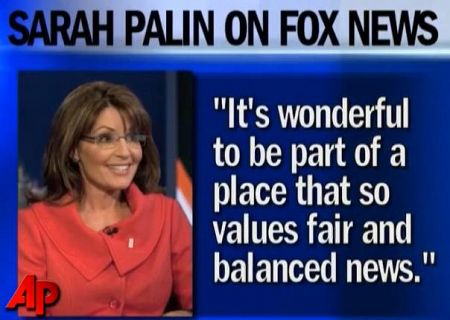 In the most recent study, the poll asked New Jerseyans about current events at home and abroad, and from what sources – if any – they get their information.

Sunday morning news shows do the most to help people learn about current events, while some outlets, especially Fox News, lead people to be even less informed than those who say they don’t watch any news at all.

Among other topics, New Jerseyans were asked about the outcome of the uprisings in North Africa and the Middle East this past year. While 53% of New Jerseyans know that Egyptians were successful in overthrowing the government of Hosni Mubarak, 21% say that the uprisings were unsuccessful, and 26% admit they don’t know. Also, 48% know that the Syrian uprising has thus far been unsuccessful, while 36% say they don’t know, and 16% say the Syrians have already toppled their government.

"Because of the controls for partisanship, we know these results are not just driven by Republicans or other groups being more likely to watch Fox News," said Dan Cassino, a professor of political science at Fairleigh Dickinson and an analyst for the PublicMind Poll. "Rather, the results show us that there is something about watching Fox News that leads people to do worse on these questions than those who don’t watch any news at all."

"Sunday morning news shows tend to spend a lot more time on a single issue than other news broadcasts, and they are less likely to degenerate into people shouting at each other," said Cassino. "Viewers pick up more information from this sort of calm discussion than from other formats. Unfortunately, these shows have a much smaller audience than the shouters."

New Jerseyans are not necessarily more likely to be knowledgeable about domestic politics than international events. Just 47% are able to identify the Occupy Wall Street protesters as predominantly Democratic: 11 % think they are Republicans. Viewers of cable news on MSNBC are the most likely to think the protestors are Republicans. Watching the left-leaning MSNBC news channel is associated with a 10-point increase in the likelihood of misidentifying the protesters.

Exposure to Sunday morning news shows helps respondents on this question: seeing these programs leads to an 11-point increase in the likelihood of getting the answer right. Listening to NPR also helps, but the biggest aid to answering correctly is The Daily Show with Jon Stewart, which leads to a 6-point decrease in identifying the protestors as Republicans, and a 12-point increase in the likelihood of giving the correct answer.

"Jon Stewart has not spent a lot of time on some of these issues," said Cassino. "But the results show that when he does talk about something, his viewers pick up a lot more information than they would from other news sources."

Only 55% of New Jerseyans are able to name correctly either Mitt Romney or Herman Cain as the Republican candidates most recently leading in the polls, with 37 % saying that Romney is ahead, and 18% saying that Cain is. Watching Fox News didn't help or hurt respondents on this question. MSNBC, however, helped: Watching MSNBC was associated with a 10-point increase in identifying Romney as the leader, and a 5-point drop in the likelihood of identifying Cain compared to those who got no exposure to news at all.

"Given the amount of time and effort the media spent covering these candidates, the fact that only about half of the public can name one of the front-runners is embarrassing," said Cassino. "The fact that Fox News, the preferred media outlet for many of the candidates, doesn't do better in informing viewers is very surprising."

Those who listen to talk radio are the most likely to answer the question correctly.

"The amount of time spent on an issue, and the depth to which it's discussed, makes a difference," said Cassino. "Whatever its flaws may be, talk radio has spent a lot of time talking about the nomination, and the basic facts seem to have gotten through."

(The Fairleigh Dickinson University poll of 612 adults statewide was underwritten by WFDU-FM Radio and conducted by telephone using both landlines and cell phones from Oct. 17 through Oct. 23, 2011, and has a margin of error of +/-3.5 percentage points. Read more about this poll at the Fairleigh Dickinson University website. The Methodology, questions, and tables may be found at The Public Mind website.)
MEDIA EDUCATION Fox News John Stewart media MSNBC New Jersey news Occupy Wall Street Syria US