In a shock development, Independent Australia's contributing editor-at-large Tess Lawrence has discovered that the Affidavit of Service by the NAB's process server, on the Originating Writ by the National Australia Bank, contains a sworn but falsified conversation and meeting with her.

Lawrence is compiling evidence for the Court of Appeal, the Supreme Court of Victoria and the Federal Court of Victoria that the conversation and meeting with the process service never took place and could not have taken place at the address cited because Lawrence was not in Melbourne at the time — and can prove it.

In a hearing on February 24, 2012 in the Supreme Court of Appeal in Victoria, their Honours Justice Kyrou and Nettle adjourned the case sine die, so Lawrence could go back to the Federal Court and seek an annulment against the Bankruptcy Order by McKean Park (and NAB) that Lawrence asserts is illegal for several reasons — including the fact that Federal Law stipulates you cannot bankrupt anyone in Australia for a debt less than $5000.

Lawrence asserts her debt to McKean Park is $1,858.

The case by Lawrence alleges collusion between the NAB and McKean Park.

In the Court of Appeal, Lawrence told their Honours that the Federal Court had erroneously instructed her that she had no further avenues of appeal in the Federal Court, after His Honour Justice Jessup had denied her the right to lodge a late appeal — even though she was a mere 12 days over time because of serious PTSD, triggered by an alleged death threat and attempt to get her to change her evidence by McKean Park Lawyer, Richard Ashley, that took place in the Melbourne Magistrates Court one year ago yesterday.

The Federal Court then directed Lawrence to the Court of Appeal.

That was when the Court of Appeal adjourned the case sine die.

After protracted contact, Lawrence was finally given Justice Jessup's reasons on April 4, and given that Lawrence is representing herself and is not a lawyer, cannot fairly be expected to put together a response without further research.

Moreover, she has not yet received a coherent transcript, something Lawrence deems critical, given some of the admissions in the Court by McKean Park and their Bankruptcy Trustee — who have never phoned Lawrence, nor complied with the Federal Laws pertaining to bankruptcy.

Lawrence has written to both Chief Justices of the Supreme Court (Victoria) and the Federal Court about this continual obstruction to her pursuing her right to compiling coherent and proper evidence for her briefs.

Ironically, in today's The Age, journalist Leonie Wood has an article on Chief Justice Marilyn Warren slamming the Department of Justice.


‘In a scathing attack on the Baillieu government's mandarins, Supreme Court Chief Justice Marilyn Warren lambasted the department for undermining the courts' administration of justice.

‘Its relentless measurement of the courts' performance in terms of financial targets, ''outputs'' and ''deliverables'' had relegated what should be the independent third arm of government to a mere business unit, she said...’

Moreover, Lawrence alleges that the Federal Court has broken trust between it and litigants by revealing the personal contact details of Tess Lawrence to other parties — despite security embargos on Lawrence's details and despite such embargos being personally left with the Federal Court and written on documents proffered by Lawrence.

Since then, Lawrence claims a dead rat has been left in her letterbox and that she has received ominous emails and threats. 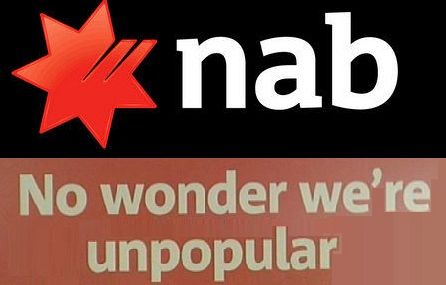 Lawyers who have viewed the Affidavit of Service document say its veracity and credibility as a legal document is unacceptable and that it should never have been allowed to stand in the Court or been accepted by Registrars, Court officials or Judges — and could result in the NAB's claim against Lawrence being thrown out of Court in its entirety, along with the McKean Park Bankruptcy proceedings against Lawrence.

These lawyers say that it supports the Amended Defence and Amended Counter Claim by Lawrence against the NAB that includes predatory and fraudulent conduct. Further, it supports claims against the NAB and McKean Park of concocted documents, corrupt and collusive conduct and abuse of process.

Lawyers have advised Lawrence that both the deponent, a Geoffrey Mervyn Birch, of 27 Morton Close Cheltenham, Victoria, of the Sworn Affidavit of Service and the NAB and its lawyers, Turks Legal, may be liable under perjury charges and collusion, and of knowingly submitting documents false in content.

One lawyer said: 'It is irregular on a case of this magnitude — or any case for that matter.'

Professor Evan Jones, a political economist who continues to be a fearless campaigner and researcher into the corruption of the NAB and Judiciary – as well as other banks – said today that he was not surprised about the Affidavit of Service.

"Given my accumulated experience of over a decade of collecting information on victims of major bank malpractice in Australia, nothing should surprise me anymore,” said Mr Jones.

“But the more the information flows in, and new victims continue to contact me (not the least, victims of the NAB), the extent and character of the corruption continues to shock me,” he said.

“The number of bottom-feeders living off bank corruption is a shocker; but on top of it all, the associated corruption of the judiciary is the most disgraceful dimension of the whole stinking mess."

He was in Court when Associate Justice Gardiner brought down his judgement against Lawrence. Gardiner had refused Lawrence an adjournment because of her illness. The case proceeded in her absence and without representation of any kind.

The falsified question and meeting and serving of the Writ to Lawrence allegedly took place on June 9, 2009.

The following is the alleged conversation:


I asked: "Are you Tess Patricia Lawrence?”

I then hand-delivered to the defendant the said Writ and Statement of Claim which she received and appeared to read.

I then asked the defendant: "Are you the Tess Patricia Lawrence referred to in that Writ and Statement of Claim?"

The conversation has a line through it, but is not initialled. It has been suggested by a lawyer, and supported by Lawrence, that it appears the document was doctored after the event. Lawrence suggests it may possibly have occurred after the Registrar, Leah Johnson – who no longer works at the Moorabbin Magistrates Court – signed it.

An official at the Moorabbin Court declined to tell Lawrence when Ms Johnson left the Court.


SPEAKING TRUTH TO POWER AND JUSTICE

Tess Lawrence, in a statement, described the latest events as the last in a long list of shady acts by NAB and their lawyers:


"This is yet another lie in the litany of lies fabricated by the NAB, McKean Park and its agents and representatives in their continuing perversion of the course of Justice and abuse of process that is sanctioned by the Judiciary, the Courts and the Department of Justice.

“It seems that even the Chief Justice is frustrated at the Department of Justice and certainly it seems that the judicial system in the Courts in Victoria is in dire straits.

(Contributing editor-at-large, Tess Lawrence is a specialist in ethical media services and crisis management and forensic analyst in communications. In an international investigation, her consultancy was responsible for exposing flaws and inadequacies of drug-related convictions against elite cyclist Mark French, who had been banned for life. These convictions were later overturned in their entirety.)