SUBSCRIBE   DONATE LOGIN SHOP
SUBSCRIBE   DONATE
How we prevented a Morrison dictatorship
How Howard screwed the Libs
U.S. site tries to ruin what makes fairy bread great
Bloody Idiot of the Week — Episode 28: Get used to it
Morrison's 'politics of retribution'
Media Opinion

The Financial Review, Channel Nine’s version of The Australian, taps Pru Goward on the padded shoulder to spruik on the underclass from her verandah anthropologist’s armchair of irrelevancy, writes Joel Jenkins.

I ONCE SAW a Wind in the Willows production at the Kew Gardens as a young fella. Travelling across the Eastern, I always noticed they had a few extra lanes than the narrow band of Western Ring Road, where you can still hear the bloodcurdling screams of people creeping home from their workplace in neverending traffic. I never liked Wind in the Willows, even back then.

In her article ‘Why you shouldn’t underestimate the underclass’, Pru Goward begins with a quote from Orwell – “If there is hope, it lies in the proles” – before she lurches into her ‘lifelong fascination with the underclass’. Oh, do tell, Pru.

So, with the arrogance of a badger, before you can whisper “Wind in the Willows”, Goward starts ripping into the ‘stoats and weasels’ whilst ignoring the rats, moles and toads and the other “river dwellers” that drink tea with her at Toad Hall. ‘Not very nice,’ she remembers her mum calling them “proles” before lazily dropping in Charles Dickens for no apparent reason other than to link to an unrelated article, or perhaps just for a laugh. 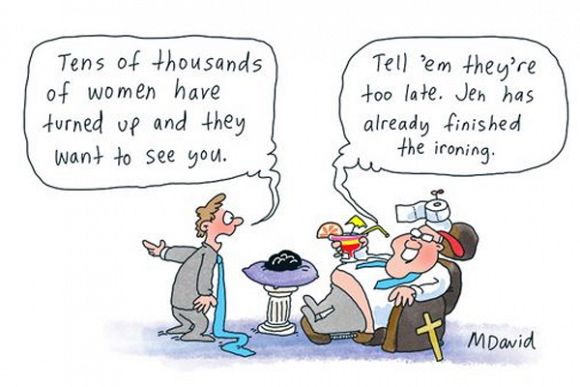 Private educational institutions can instil notions of superiority that result in problems such as those we're currently seeing within Parliament.

People in Lalor would never call themselves proles, and neither did people from where I grew up. In 1997, people from Lalor to Werribee were working good union jobs in the healthy and protected manufactories that supplied a skilled and localised workforce that could afford to raise families in homes they owned, whilst Pru Goward and her husband were finishing up their biography of John Howard.

I finished high school in the early 2000s and started working a couple of years before Goward’s mate Howard imposed WorkChoices on the working class. Job agencies appeared out of nowhere, insidiously controlling the local jobs for young dirty proles like me and my mates. I got a job at a chocolate factory while the full-time roles started rapidly turning into casual agency jobs.

Then the competition started with two tiers of jobs, the $36 one or the $25 one, waiting for the phone call or text each night, anxiously wanting to know which one it would be, adjusting the subsistence living from day-to-day. Every day at work, three people competing for two jobs, a fella on the gantry watching you sweat, don’t be too long on the John, don’t have a family health problem or you could be out.

Many of us proles are people who have worked like this for years — no paid holiday leave with the family, no two paychecks ever the same, part of an endless human supply chain set into motion by Pru Goward’s Australia. And now, after decades of dismantling the job security of Australians in Howard’s retinue, she pens an article blaming the people that deliver packages to her door, who brush cut her irrigated lawns, those who feign interest in all the unreasonable demands of her and the class she represents.

There is no dignity afforded to the casualised chattel packing the trucks that fill the shelves at Bunnings and Coles, that shunt around packages from far away distribution centres, the people that make the cheese, slice the eye fillets and pack the asparagus that supplies the caloric intake and subsequent energy of slack-minded elites like Pru Goward. 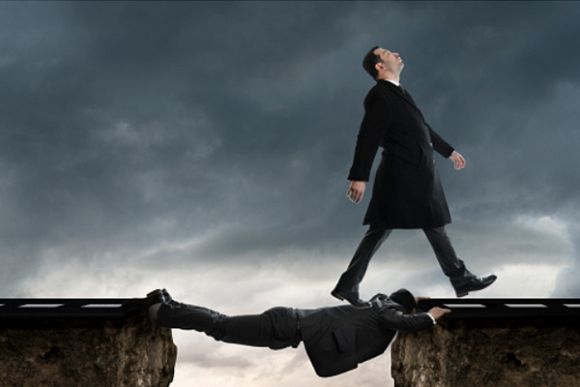 Power can be taken back by exposing our oppressors

We should examine the oppressor, not the oppressed, otherwise all hope is lost.

Then, somewhere between Martin Chuzzlewit and Soylent Green, she observes the incredible strain these people place on her society. Pru says the underclasses are viewed by government agencies ‘as huge cost centres’ that are ‘over-represented in their use of government crisis services’. She sums up the people that prop up her tuffet as citizens who ‘are always the last to give up smoking, get their shots and eat two servings of vegetables a day’. Horrible and despicable people. No wonder her mum didn’t like them.

Well, at this point, we would think Pru could have realised that she may be in the wrong position to wax lyrical about sections of the society she clearly resents, that she is blinded by her privilege and cultural bias and that her three incongruous cultural references and a fistful of disdain were not going to be enough to carry such a poignant message through the remainder of the article. We’d be wrong. After talking about social workers, the tired and overworked, the underpaid and understaffed – all factors to blame on the proles, of course – she starts cosying up to hardcore eugenics.

Pru speaks from the heart: ‘Oh yes, and they don’t vote often.’ The proles don’t really like contributing to democracy, she begins the sub-human observation. ‘Despite the billions of dollars governments invest in changing the lives of proles, their number increases.’ Proles again? As the first of my spinning eyeballs gained focus, slap, ‘...birth rates far outstrip those of professional couples’. Then she tells us how badly we treat our children. I was waiting for her to say “cockroaches” — it rolls off the tongue better than “proles”.

Goward has let us in on something she probably shouldn’t as she reveals a glinting treasure dropped from the firmament that sits above the crucible of power in this country — she tells us how they really feel about us. She repeats a message that is usually muttered in the safety of cucumber sandwiches and lunchtime gin, sending it out to her golf buddies that read the AFR. There are people out there, with whom the Nine papers feel that they can make bank, that want to publish more of this message because they earnestly believe it. 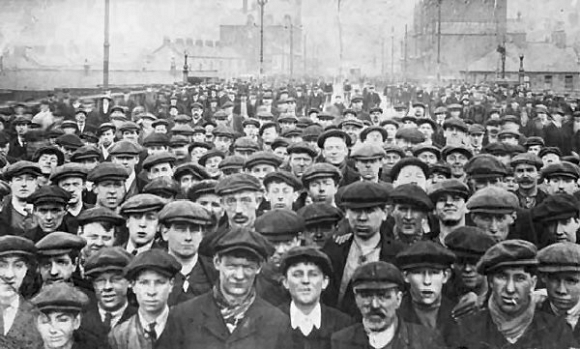 An economy is not a society: The unmaking of the Australian working class

Something similar to that which happened to England in the first three decades of the 1800s has happened in Australia between the mid-1980s and today, writes Dennis Glover.

The sons and daughters of the Pru Gowards come in waves of gentrification into the places where we grew up. They push out the so-called underclasses to the peripheries of urban society, into no-man’s-land out under the power line easements and industrial centres of our major and regional cities — places where Uber Eats doesn’t work. The people who built their homes in the localised economies of working-class Australia, the family ties and the intergenerational connections are all swept away by Pru’s people. Overpaying for the bungalows and villas we grew up in, with money to spare for a full renovation and a new ANCAP best-in-class car, their noise is louder than the rest.

Those from the liberal class – those educated, usually from wealth – have had a significant bearing over ordered societies since the toffs of old ate Nineveh lamingtons on the banks of the Tigris and watched the slaves pressure-wash Marduk the bull god. With wealth disparity more comparable to that of Ancient Egypt or Mesopotamia than post-WWII and with these open voices from people like Pru, why do we keep assuming that these people actually care about us?

I wouldn’t normally dare cast sweeping aspersions on the machinations of the rich and delirious but feel compelled to aim one at Pru Goward and the Financial Review. What she has just written, the news that the AFR has seen fit to print, represents the beating heart of an agenda — a fortuitously conceived idea that is arbitrated by the aristocratic heart of this incestuous backwater.

Goward's article is a disgraceful insight into the heartless nature of the elite in this country, with all their levers of power, and made all the more insulting given it comes from a former equal opportunities commissioner. Unfortunately for Pru, for better or worse, the future of this country will be determined by the underclass and however those like Pru wish to treat it, it's the underclass that will choose how we proceed.

There are Pru Gowards in every safe seat in this country, in our public institutions and academia — their cloistered minds write our articles and their think-tanks shape our military and strategic future. Pru’s people lobby against the public interest and hoard wealth off the backs of the very people she has just king hit. In lieu of the major parties, meaningful support from educated liberal elites and non-partisan analysis in the press, it's time the proles started owning the discussion on class in Australia.

She called them an ‘underclass’ and ‘proles’.

Look I guess I’m glad the Libs are saying what they really think out loud now. pic.twitter.com/nuFIxatnpu