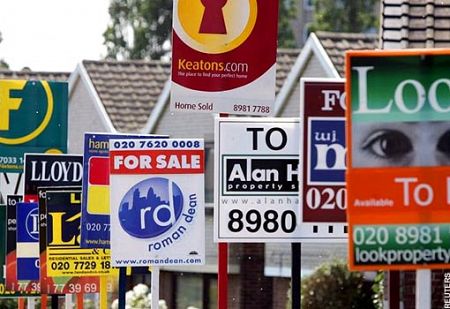 ONE of the more interesting outcomes the 2011 Census produced was the figures concerning the housing market. The reason for this interest is how the results contrasted with the idea that Australia currently suffers from an acute housing undersupply or shortage. Taking the lead in promoting this idea is the National Housing Supply Council (NHSC), an organisation formed by the federal government in May 2008 to provide an in-depth analysis of the housing market. The NHSC is widely considered to be the peak body in this field.

Unsurprisingly, in its first report – State of Supply Report 2008 – released in March 2009, the NHSC concluded that a deficit or gap of 85,000 dwellings existed. Here was the most comprehensive study of Australia’s housing market, a dense 172 pages. The alarming shortfall of dwellings made instant headlines in the media, not least because it provided concrete proof that Australia’s rocketing housing prices were strongly affected by this shortage. Both government and industry broadcasted the NHSC’s results because it confirmed the suspicion that a shortage did, in fact, exist – and that something could now be done about it. The banking and real estate sectors were also very supportive, as their own arguments about a housing shortage were now considered irrefutable.

There was only one small problem: the purported shortage of 85,000 dwellings was complete fiction.

In order to arrive at the shortage, the NHSC had to employ a methodology of the most dubious nature – a travesty of basic science. The shortfall of 85,000 dwellings was composed of the following: 1) 9,000 to address homelessness of those sleeping rough, 2) 35,000 to address homelessness of those staying with friends and relatives, 3) 13,000 to house marginal residents of caravan parks, 4) 26,000 to increase the rental vacancy rate to three percent, and 5) an extra 2,000 to round up to the nearest 5,000!

The problems with this analysis are legion, and were quickly unmasked by Australian economists Kris Sayce and Steve Keen, and are covered briefly here. While homelessness is indeed a serious problem with tens of thousands suffering from this plight, these persons (typically on the lower income scales) do not have the financial power to turn their needs into demand on the property market. Instead, the NHSC
produced evidence of social need but not actual demand. The same goes for the residents of caravan parks.

The fourth category is an interesting one because it assumes that data sourced from the Real Estate Institute of Australia (REIA) and its state-level affiliates are also based upon sound methodology. As I have covered elsewhere, the reported vacancy rates are likely to be severely biased downwards given the appalling methodology, data-gathering techniques, and lack of independent oversight (auditing). The last point is self-explanatory: who on earth rounds up to the nearest 5,000?

These highly questionable statistics were produced by Australia’s “peak” body. The NHSC is a body stacked with industry and former government professionals. Its continued funding would most likely quickly dry up were they to find that no shortage existed. If instead a surplus was found, the NHSC’s brief existence would come to an end as dwelling supply considerations are found not to be an issue in price inflation.

The outcome is obvious: if a shortage can be found, then government is much more likely to enact policies favourable to industry. Asking the NHSC if there is a shortage is similar to asking Dracula if the blood bank needs to be expanded because of a deficit – the answer is already predetermined and reflexive.

Little more could be expected in the 2010 and 2011 reports. The NHSC performed a backflip, admitting that it was uncomfortable with its previous methodology given the obvious problems with it. It is unlikely that the NHSC would have changed course if not for the barrage of ridicule it experienced from those who read the report and were honest enough not to give their silent approval. Each report provided an increasingly dismal prognosis as the shortage had increased to 185,000 in 2011 and, if present circumstances remained the same, there is expected to be a shortage of 640,000 dwellings by 2030.

But nothing changed. The NHSC had to find another pretext for the pre-supposed shortage, this time by creating a category called “underlying demand”, driven primarily by immigration and other demographic factors. This would appear to be a more sound methodology if not for the fact that the numbers were simply made up again.

The pseudo-science of the NHSC has not prevented vested interests from promoting its conclusions as fact and crucially relies upon the public not reading through hundreds of pages (630 in all) of economic and statistical analysis to understand this. After all, the public is supposed to trust the “experts”. It is worth reading through these three reports in order to realise how the phrase
“lies, damned lies, and statistics” rings true.

The non-existent housing shortage probably comprises the most popular argument used by the bubble deniers to justify astronomical housing prices. As Australia is apparently suffering from a chronic deficit of dwellings, demand is greatly outstripping supply, leading to rising prices.

The problem with this argument is it can’t explain why prices started to rise in 1996 and have skyrocketed onwards, especially during 2001-2004. Annual population growth between 1996 and 2005 registered at approximately 1%, but dwelling growth (adjusted for demolitions and discontinuations) was greater over this period. In fact, 2007 was the first time since 1950 that population growth was higher than dwelling growth. If the housing shortage argument was correct, housing prices should’ve started to rise from 2007 onwards, not 1996.

The shortage argument, however, is not new. Every country that has suffered through a housing boom followed by a crash (a bubble) in recent years have always had its so-called ‘experts’ claim that prices were based upon fundamental valuations due to dwelling shortages.

Take the US as a case study. Leading institutions such as the Federal Reserve, National Association of Realtors, California Building Industry Association and Harvard University’s Joint Center for Housing Studies produced sophisticated studies to show that the $8 trillion housing boom was caused, in part, by dwelling shortages. These studies were authored by professors, PhDs, and businesspeople, all with extensive knowledge and experience but with conflicts of interest that could fill a small book. Yet, their expertise was as illusory as the shortage when the housing market crashed. The same again occurred in Ireland and Spain to the point where these three countries are now bulldozing entire neighborhoods to reduce some of the massive oversupply.

Going back to point first made in the introduction, the 2011 Census revealed Australia had 7.8 million households, 900,000 lower than the NHSC’s figure, with population also growing by 300,000 less than previously estimated. These figures have come as such a shock that the NHSC chairman has reported that an undersupply could be incorrect. In fact, Morgan Stanley researchers have found that the current 228,000 dwelling undersupply has now become an oversupply of 341,000, a huge turnaround.

Given the flawed nature of the NHSC’s reports, the run-up in housing prices is likely due to other factors, specifically the escalation in mortgage debt used to finance real estate speculation. As of 2011, mortgage debt reached $1.2 trillion or 85% of GDP. Combined with personal debt, this climbs to $1.3 trillion or 95% of GDP, a staggering sum. Also of concern is the $53 billion in subsidies and tax breaks that property owners receive.

Perhaps the NHSC can stop wasting our taxpayer dollars and instead investigate these leads.