Watching reports of the phone hacking trials in London in 2011 and 2012 seemed like an unreal experience for me because, knowing the central figure as intimately as I did, I knew that a particular person was missing, never attending the trials, making few comments, continuing his escalating career on the other side of the globe, and pretending that he knew nothing except for the legendary 'one rogue reporter', while his employees took the brunt of British justice.

I had personal experience of how Rupert Murdoch used other people to do his dirty work, always keeping his own hands clean. That is why I walked away from him many years earlier.

Some 60 years, before I had followed with equal interest the Nuremberg Trials, reported in intensive details in newsreels and in the daily newspapers. Adolf Hitler had shot himself in the head in 1945 to avoid his responsibility for the crimes carried out by his trusted followers under his own clandestine and often unspoken instructions.

The London trials of 2011 and 2012 were sparse with information for people in Australia. Our monopolised newspapers seemed to shy away from the expositions that brought them into universal distrust. We turned to the internet and to some of the English papers so we could follow the proceedings in London. The Daily Telegraph (UK) described it as the 'trial of the century', pushing Nuremberg, 1945-1946, off into a well-forgotten past.

There is a fundamental difference between an ad hoc war trial and a British justice system that has slowly developed over a thousand years. British justice was largely copied into early Australian precedent and statutes, so that in Britain and Australia the weight of evidence attempts to balance the guilty against the innocent. The scales of justice in both countries weigh slightly in favour of the innocent and most – though not all – accept that. Lawyers in both countries have made a comfortable living protecting the rights of the guilty and the innocent. Some have become very rich indeed.

IA contributor Peter Jukes, formerly an English TV writer of drama, became our most prolific source during the hacking trials, attending the daily hearings and reporting on them day by day. Now Peter has turned out a book, with the interesting title Beyond Contempt, that completes his intensive coverage and adds a great deal more to the whole story.

He has described the trial as historically unique.

The title says a lot in only two words. Turning the pages reveals the progress of the trials and the price certain people paid as a result of becoming employees of News Corporation. The company financed the defence of six of the people charged, all of them full time employees. The final cost to the company’s shareholders may come to close to a billion Australian dollars.

Court reporting is a specialised form of journalism that requires learning. Many court reporters have spent most of their lives following the careful procedures of the judges and magistrates and solicitors and barristers. As Peter Jukes writes, the real story of the trial could never be reported. His book amends that oversight, revealing all the truth that can only now be told.

Peter Jukes acknowledges that he was challenged in his reporting of one of the most important cases in British history, particularly when he was tweeting details even during tense moments of cross examination or repeating comments by the judge.

Where Jukes begins to become a real hero to me and, no doubt, to many others who like the mental challenge of intelligent tweeting, is the point when he decides that he is going to tweet his reports on the trials to the world in the exact moments when the case is actually proceeding in the Old Bailey.

Peter began tweeting on the very first day of the hearing in October 2011, as soon as the jury has been sworn in after a whole year of legal argument and Judge Saunders was finally able to address them frankly and openly.

Until that point in history, most journalists had used shorthand to keep their own notes, or later in the day obtained copies of the day’s hearings from the court’s stenographers, as I had done years before in some of the courts in Sydney.

He had some qualms about Justice John Saunders, but the 21st century judge himself resolved the issue and Peter tweeted his surely immortal first lines:

'Can confirm Judge has ordered we can live tweet prosecution argument.'

'Saunders on importance of phone hacking trial and related publicity “Not only the defendants are on trial British justice is on trial.”'

Thus did Twitter become an official and acceptable part of the system of British justice in the 21st century.

Beyond Contempt is a fascinating read, not only for journalists and lawyers, but for everyone who once placed their faith in honest newspapers before they fell into the hands of owners who saw them only as sources of wealth and power. Now exposed, they are doomed to appear only as a sideline to news and commentary.

The future, however, offers even greater streamlined sources available from modern technology, in forms still waiting to be developed. 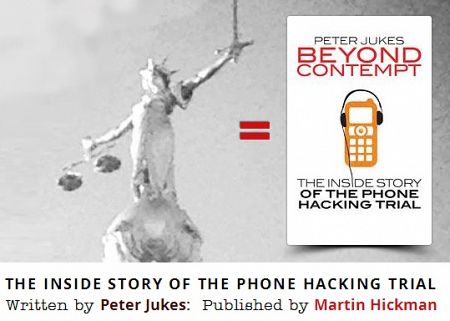 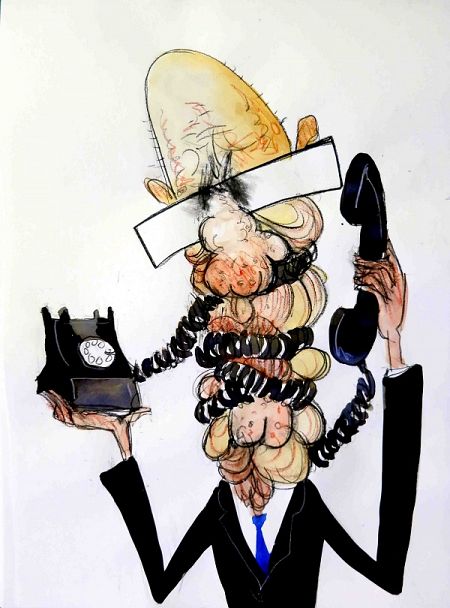