Morrison Government mistakes ABC for a department it can control

Conservatives attacking the ABC is now so common that it has become almost redundant to report on it.

The chorus of attacks come nearly always come from the very right of the political spectrum, whether it be the News Corp papers, its television mouthpiece Sky News, or libertarian think tank the Institute of Public Affairs (IPA).

In the latest salvo, Liberal Senator Andrew Bragg has set up an inquiry into the complaints department of the ABC, in a process that the public broadcaster’s chair, Ita Buttrose, derided as:

'... an act of political interference designed to intimidate the ABC and mute its role as this country’s most trusted source of public interest journalism.'

Buttrose continued on, noting that if the members of parliament can influence the complaints process, they can influence the content of the ABC, which is, of course, against its charter. The Government seems to think the ABC is just like any other department: subject to its whims and interests.

The raids by the Australian Federal Police (AFP) on the ABC studios in Sydney in 2019 were a clear example of the Government attempting to influence the national broadcaster. The chilling attack on freedom of speech was 'clearly designed to intimidate' and was one of the reasons that Australia fell in the rankings in the worldwide press freedoms index.

The Government has often given credence to News Corp’s grievances and the media monolith was given a prescient warning of the Governments indignation revolving around a Four Corners episode last year titled 'The Canberra Bubble'. The Australian was even able to access questions from the Government that were being put to the ABC before the ABC had been given a chance to view them.

The proposed Senate inquiry is as duplicitous as it is politically adroit. It comes against the backdrop of the national broadcaster setting up an independent inquiry free from political malfeasance, in the wake of a series of issues revolving around the handling of their complaint process. 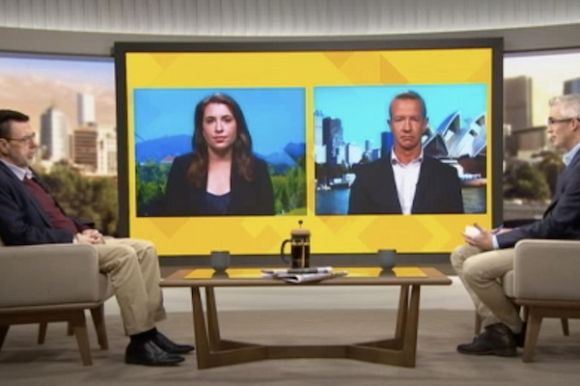 The wide-ranging and comprehensive reviews are being undertaken by Professor John McMillan, former Commonwealth and NSW Ombudsman and Jim Carroll, former SBS director of news and current affairs.

Senator Bragg has insisted that the review isn’t independent and that a Senate one will be more accurate and impactful. It doesn’t take a political expert to see that is an opportunistic attack.

Their grievances have been further exacerbated in recent times with the national broadcaster airing programs about the historical rape allegations concerning then-Attorney General Christian Porter, as well as the infidelities of Education Minister Alan Tudge.

They have also been lambasted by News Corp for airing a two-part expose on Fox News and their involvement in the undermining of American democracy. This resulted in a vitriolic flurry of articles in the various News Corp mastheads, with 45 pieces attacking the ABC in only two days.

To argue that the Porter allegations were not in the public interest is false. He was the highest lawmaker in the land and refusing to publish a letter that accused him of historical rape would have been a gross derelict of duty from the ABC. Similarly, reporting on the failings of American democracy around the 6 January insurrection, and especially the role Fox News played, was justified.

But is "Aunty" biased?

Holding the Government of the day to account is in the mandate of its broadcasting. The fact that the Coalition has been in power for eight years has clearly helped to exacerbate the feelings of discontentment in the minds of Conservatives.

But as former editor of The Age Ranald Macdonald noted:

'A key aspect of journalism is to hold those in power, organisations and other entities in our democracy up for public scrutiny, to "hold their collective feet to the fire".'

Some in this publication have criticised the ABC for being heavily critical of Labor leaders, such as Victorian Premier Daniel Andrews. It would seem that if both the right and the left are initiating claims of bias, then the reporting is probably fairly accurate in the bigger picture.

Conservatives often argue that they are rarely invited onto the ABC. This is despite many conservatives being as far-right on the political spectrum as socialism is on the left. Despite this, conservatives regularly attempt to hypothesise that they make up the views of mainstream Australians. In the words of conservative Gemma Tognini, they actually represent the “sensible centre.” 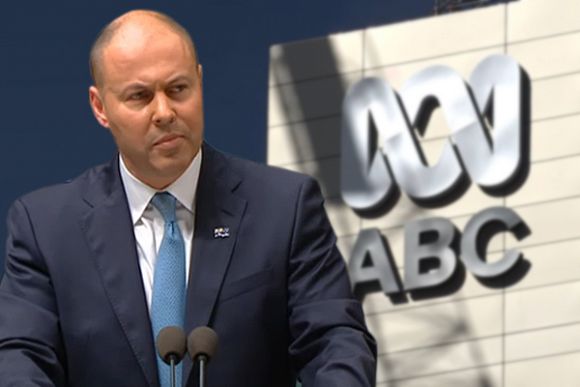 The recent Federal Budget reflects the Government's attitude towards the ABC with further cuts in funding.

The reality is they only represent a small, but quite loud, minority.

News Corp have continued an aggressive assault on the ABC. Media commentator in The Australian, Sophie Elsworth, often cites "IPA claims" to back up her various criticisms, even if they are false. She mendaciously asserted that the ABC is obsessed with News Corp, using evidence that was found to be so inaccurate that the ABC released a statement openly criticising her.

Sky News host Chris Kenny routinely punctuates his commentary with attacks on the ABC. In his latest column in The Australian, he mentioned the term "green-left" seven times in describing the ABC, hoping to elicit some form of pavlovian response from his readers. He even had time to attack former ABC host Yassmin Abdel-Magied as a provocateur who couldn’t handle the reactions she stirred in debating ANZAC Day. These "reactions" included death threats that made her leave her own country.

These attacks are designed to purely undermine the ABC at every turn. Even freedom of speech or opinion must be curtailed in the eyes of conservatives when it comes to the ABC.

For a Party based on small government, the micro-managing of everything the ABC does by the Coalition is hypocritical.

'... the ABC needs to acknowledge and celebrate the country we are.'

Where is that in the charter? How come for the Liberal Party, the truth dies when the ABC holds any form of accountability their way?

The ABC is consistently met with widespread approval. Its online news website still ranks as number one in the country. But beyond this, it is the service that it provides to those in need that is most warranted.

An IPA article recently titled 'The ABC no longer has a purpose, except pleasing itself', was full of vitriolic falsehoods. But more than that, it showed the right’s disregard for people who rely on the ABC for information. "Mainstream Australians" is the catchall term of favour for the IPA, yet it wants to privatise a channel that helps children who are less fortunate have access to quality programming. Not everyone can afford subscription television.

In regional areas, the ABC is also king. Its coverage during natural disasters, such as the 2019-20 bushfires, is second to none. The ABC provides a vital service that is beyond the realms of a think tank that only cares about the individual, never the community. Conservative commentator Piers Akerman recently stated that the Government needed to 'close the show down', in a view that could have only been formulated in a business class seat.

There is no doubt the ABC can always do better. It could, however, also do with a Government that doesn’t criticise it at every turn and squeeze its budget. Despite a slew of various communication ministers seeing the ABC as just another Government department to control, its independence is vital for all Australians.

BREAKING: the @AuSenate just passed Labor’s motion - moved by @SenKatyG - to suspend the Liberals’ inquiry into the ABC complaints system, in line with a request from ABC Chair Ita Buttrose. 👇👇

You can’t trust @ScottMorrisonMP with the ABC. pic.twitter.com/FZxlIkhQxm